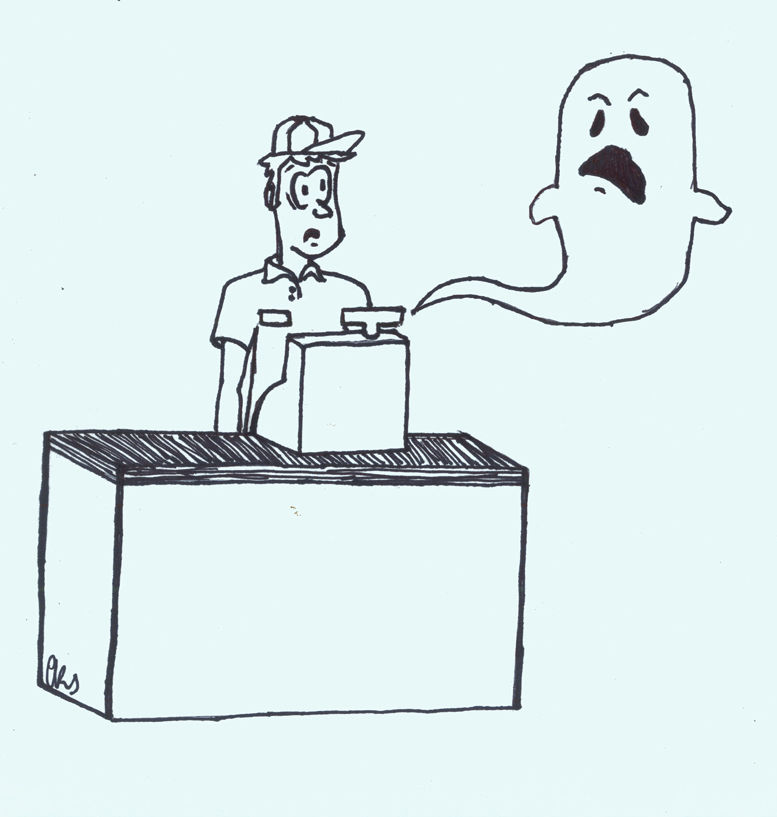 In American businesses, this is standard for customer service. Sometimes, though, the customer is not right.

Editor’s Note: Some of the subjects of this article have omitted some personal information because of the personal nature of their stories.

Over the summer, Brooke, a Pitt student, worked as a waitress at a Red Robin in her hometown of Dickson City, Pa. One day, she said, she watched as a man came in, sat down and ordered his meal. Then, he began making crude and sexual comments to his waitress.

“You can come to my place after this, if you’d like,” he said to her.

“If I lower my standards, you can come with me,” he said to another waitress.

His waitress ignored him and brought him his check. Without paying, the man stood up and walked out the door to his car. His waitress chased after him. Having seen the man, a waiter followed her outside so the man wouldn’t try to hurt her.

“Sir, you have to come back inside!” she called.

“You have to come back inside and pay!” yelled the waiter.

The man ignored both of them. He got into his car, which was parked in front of the front doors of the restaurant. He turned it on and revved the engine, pretending not to hear them. Suddenly, he threw his car into reverse, crashing onto the sidewalk, nearly hitting the waiter.

“Sir, if you don’t come back inside right now,” the waiter yelled, “we’re calling the police!”

The man pulled back into his parking spot, got out, and followed the two back inside to the lobby. There, the manager of the restaurant confronted the man. She told him that he could not leave until he paid. If he tried to do so again, she said, she would call the police.

The manager threw him out then. He didn’t pay for his food. Fifteen minutes later, though, he returned.

“I forgot my cell phone,” he said.

During the school year, Jon, a senior history major at Pitt, works at a local convenience store. One Sunday morning last year, he said, an older man came in through the first set of glass doors of the store, into the foyer, and sat down. He pulled out a cigarillo, lit it and started smoking it. He inhaled, and then started coughing and wheezing. Seeing this, one of the clerks knocked on the glass and told him to put it out.

The man didn’t look up and didn’t acknowledge that she had spoken to him. Then, Jon opened the door to the store and told him again to put out his cigarillo.

The man looked up, but didn’t say anything.

“Seriously,” Jon said, “you have to put that out. You can’t smoke in here.”

The man continued staring and gave Jon the evil eye. He then stood up, crushed out his cigarillo against the glass window and threw the butt on the carpet.

“I ain’t smoking,” the man said and shuffled past Jon into the store. Jon went out into the foyer, picked up the butt and threw it away in the trash can. When he went back inside, the man was standing at the counter, talking to the clerk who knocked on the window.

“Honey,” Jon heard the man say, “could you buy me a pack of cigarettes?”

At Manor Theatre in Squirrel Hill, ticket prices vary based on the time of day. Shay Park   — a sophomore anthropology and Japanese major at Pitt — said, as a local musician and cashier at Manor Theatre, that a movie must start at or before 6 p.m. to receive matinee pricing.

One day, at around 5 p.m., a man came in to buy tickets for an evening movie. He ordered tickets for the show at 7:30 p.m. Shay told him his total, which was full price. The man became confused.

“Isn’t it matinee price?” he asked.

“No,” Shay explained to him. “The show starts after 6 p.m., so tickets are full price.”

“No,” Shay explained again. “Matinee prices are for show times before 6 p.m. I can’t give you matinee prices just because it’s matinee time now.”

The man then became irritated. “Oh, don’t you start with me, sweetie,” he said.

“I’m not starting with you,” she said. “I’m just letting you know. I can’t sell you that ticket at that price.”

“That’s not how movie theaters work!” the man exclaimed.

“At that point,” Shay said later, “you really can’t argue with them because they’re just telling you how to do your job. Clearly they have an end goal in mind.

“And it’s kind of a delicate balance, because I’m a minimum wage worker, so it’s like ‘I’m not getting paid enough to do this!’ But I’m still [in] customer service, so I have to try to keep my cool. Sometimes people just drive you crazy.”