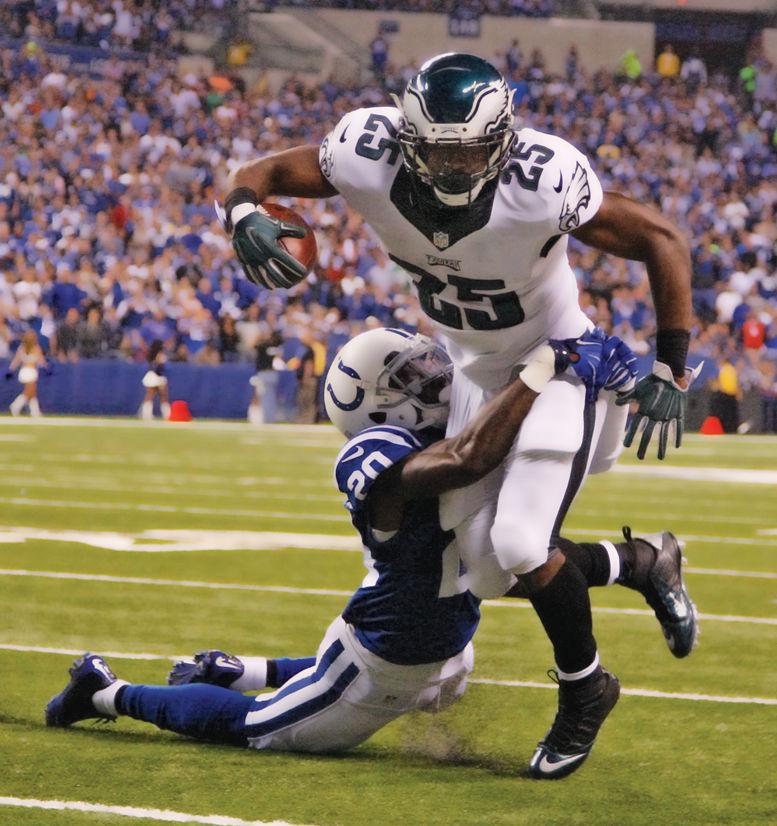 While some former Pitt stars like Larry Fitzgerald got back on track Sunday, others, like Aaron Donald, regressed slightly after excellent week-one performances.

After a dismal outing in the season opener, Larry Fitzgerald improved dramatically for the Arizona Cardinals Sunday. The 11th year wide receiver snagged six catches for 51 yards as the Cardinals beat the Giants 25-14 in the Meadowlands. Oddly enough, Fitzgerald’s increased production came from veteran backup quarterback Drew Stanton, who took the reins after Carson Palmer was pulled from the contest due to a shoulder injury. Unlike week one, where Fitzgerald seemed like more of a bystander than a top wideout, his 10 targets showed that he was not ignored at all for the second week.

The former Panthers chosen in the most recent 2014 NFL Draft endured some growing pains against their respective competition. St. Louis Rams defensive tackle Aaron Donald hardly appeared in the stat book last Sunday after a dominant season debut. Donald only recorded one tackle in the Rams’ 19-17 win over the Tampa Bay Buccaneers. However, Donald played for 25 snaps and was still very disruptive while on the field.

Wide receiver Devin Street had a different story, with a stat line of goose eggs. The Dallas Cowboys’ fifth-round pick played the role of benchwarmer as superstar Dez Bryant surged the Cowboys to a 26-10 victory over the Tennessee Titans.

Speedster LeSean McCoy turned in the most noteworthy performance of all former Panthers currently playing in the NFL. The Philadelphia Eagles running back was his typical elusive self as he aided the team’s comeback win over the Indianapolis Colts, 30-27. McCoy posted 79 yards on 20 carries, similar to last week’s numbers, but he was undoubtedly a bigger presence this week. For instance, his one-yard scamper into the end zone not only capped off a seven-play, 80-yard drive, but also gave the Eagles their first touchdown in the game. This gave the Eagles the much-needed confidence that carried their offensive momentum well into the fourth quarter.

Despite McCoy’s plentiful contributions to head coach Chip Kelly’s offensive game plan, sidekick running back Darren Sproles was the game breaker of the night. He led the Eagles with 152 receiving yards and also had a rushing touchdown of his own. Although it seems up until this point that McCoy is in the backfield for a considerable majority of snaps, don’t be surprised if this changes. With Sproles’ playmaking ability and Kelly’s innovative play-calling, the two couldn’t be better suited for each other.

The duo of linebacker Jabaal Sheard and defensive back K’Waun Williams experienced arguably the most exciting victory of the young NFL season. The Cleveland Browns knocked out the heavily favored New Orleans Saints via a late Billy Cundiff 29-yard field goal to win the game 26-24. These two former Pitt defensive studs have seen a fair amount of playing time so far this season. Sheard and Williams posted eight combined tackles and were part of a committee of Browns who held Drew Brees to only 237 yards passing, which to the Saints standards, is very weak.

The New England Patriots were the first NFL team to get a taste of the temporary home of the Minnesota Vikings for the 2014 season — TCF Bank Stadium. As for former Pitt corner Darrelle Revis, he showed up to the venue big time, recording three tackles and hauling in an interception. Revis and the rest of the Patriots’ defense picked off Vikings quarterback Matt Cassel four times, leading the way to a comfortable 30-7 win.

Going into the season, many analysts thought that Revis would be the x-factor for the Patriots to return as the AFC representatives in the Super Bowl. It may be too early to tell, but this outing definitely shows a step in the right direction.