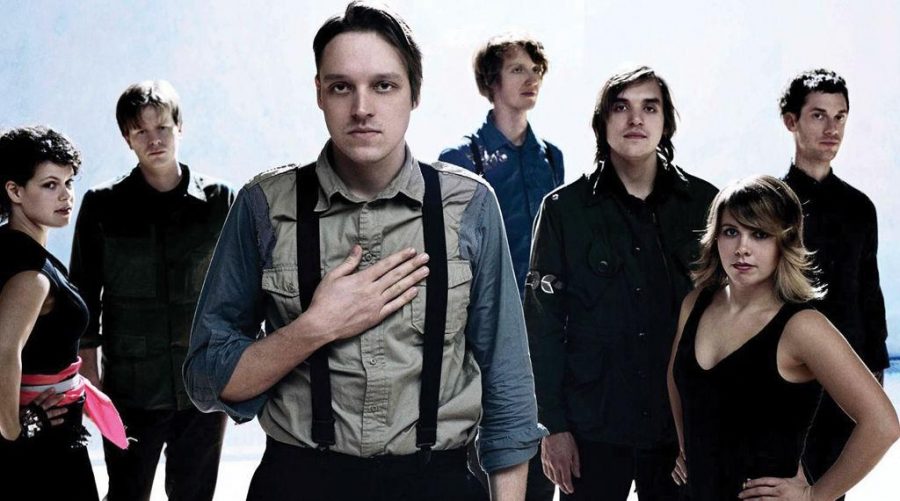 Time Capsule is a new series for The Pitt News that commemorates seminal releases in entertainment at or around a milestone anniversary. As the years pass, a work can gain greater context or significance than when it was first released. This retrospective series will strive to illuminate our favorite pieces of pop culture 10, 20 or 50 years after their debut.

When I, and surely others, started actively listening to independently released music, it was because a perfect storm was brewing — the perfect storm of 2004.

We had the wide theatrical release of “Garden State,” whose Grammy-winning soundtrack introduced America to a little band called The Shins. We had the sudden influx of bands like The Polyphonic Spree, The Flaming Lips and Bright Eyes on televised concert specials and late-night musical guest slots.

But most of all, we had releases like Franz Ferdinand’s self-titled debut, Modest Mouse’s Good News for People Who Love Bad News and the granddaddy of them all: Arcade Fire’s Funeral, an album with so much immediate yet lasting appeal and undeniable indie cred, it won the band both the  No. 2 spot on Pitchfork’s favorite albums of the decade, along with the No. 151 spot on Rolling Stone’s 2005 list of the 500 greatest albums of all time. A publication with an obvious, titular bias toward the tried-and-true called these young Canadians’ debut the 151st greatest album of all time, just one year after it came out. And across the pond, the impact was just as intense. In 2013, NME, a British publication founded a full 15 years before Rolling Stone, called it the 13th best of all time.

Funeral shook the world, and the discussion surrounding the album developed a whole linguistic universe unto itself, full of words and phrases like “dangerous,” “passionate,” “brave,” “deeply emotional,” “euphoric,” “hopeful,” “uplifting” and of course “urgent.” And let me remind you that this was the year of Zach Braff hollering into the infinite abyss of his wasted years, the Polyphonic Spree practicing their car-commercial-ready sun salutes and Conor Oberst kissing strange, emaciated girls with heavy hearts. If an album came along and made us resort to this much hyperbole, this much conviction, this much sheer belief in a single album, it must have been the paramount of sincerity and urgency. It hit hard, its sudden, de facto legacy was immediately cemented into law by critics. But were we right to be so floored, or were we just in the middle of a year-long honeymoon period?

To answer this question, I listened to the album for the first time in at least a year, and I discovered that surrounding Funeral’s core of concentrated emotion are some seriously cunning songs that promiscuously borrowed from the widest array of the world’s most infectious music. In other words, it’s not unfathomable that the same band responsible for stadium-sized albums like The Suburbs and Reflektor made the rustic yet ethereal collection of earnest love letters and morbid journal entries that comprise Funeral. The sternum-shaking groove behind “Haiti” would not be out of place on an M.I.A. track, while the booms and claps on the shout-along “Wake Up”, seem sort of like an indie rock response to “We Will Rock You”.

That’s what made Funeral such a magical and difficult-to-follow album. It created a feedback loop between intimacy and outwardness that could have only been generated by a young, viciously ambitious, internationally assembled band scrambling for meaning in the chaotic cloud of love, death and summer heat that plagued them during the recording process. It’s an airing of struggle that works as both an imagined heart-to-heart with frontman Win Butler and a thousand-strong group therapy session.