Transformation of Pirates remains a sight to behold 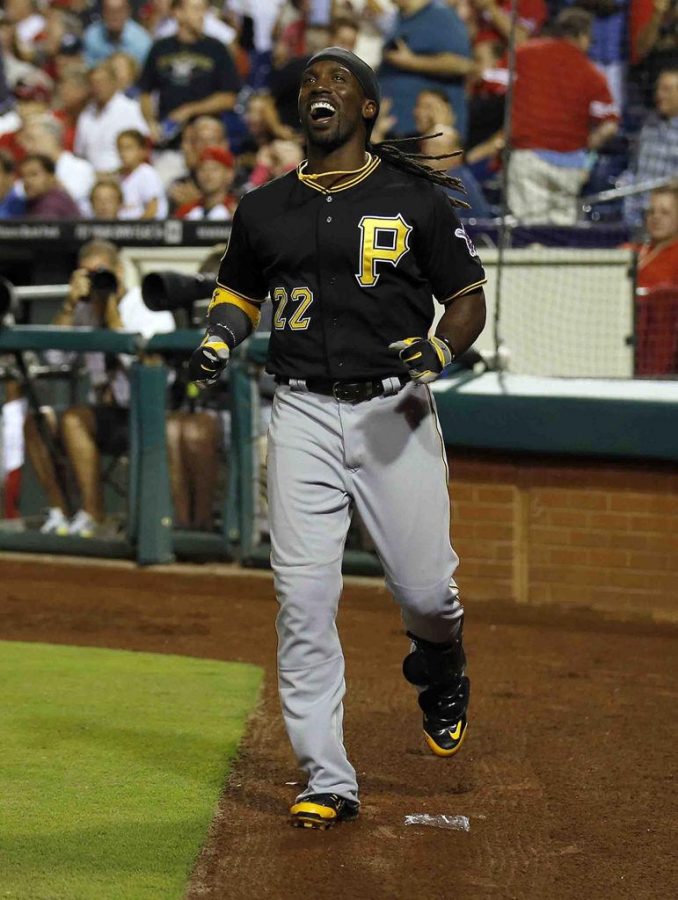 It occurred to me about three weeks ago. I was watching the Pittsburgh Pirates play the Cincinnati Reds in front of a sellout crowd at PNC Park. The fans were loud, passionate and raucous, and, much to their delight, the Pirates were winning, moving their way up the wild card standings and seemingly bound for the playoffs.

For years, that standard seemed an unattainable goal. The teams and management were bad — really bad — and, as a result, despite playing in one of the best parks in baseball for more than half of the streak, attendance was among the lowest in baseball.

But those losing ways were a stark contrast to how things ‘used to be’. A yearly contender and two-time World Series champion in the 1970s, the Pirates used to expect to win. My dad — a Pittsburgh native — would tell me of the days of Roberto Clemente and Willie Stargell. Meanwhile, I grew up watching the likes of Ian Snell and Randall Simon. Someday, I’ll tell my children of the great Pirates moments of my childhood, like Simon hitting a person in a sausage costume with a bat in the Milwaukee Brewers’ Sausage Race, or Jason Bay putting up a goose egg in the 2005 Home Run Derby. The good times.

For the majority of the 20-year streak, the team seemed to be going nowhere. It was hopeless, working toward the insurmountable goal of making the playoffs. With their poor drafting, narrow-minded trades and lack of spending, winning never even seemed a legitimate possibility.

For some reason, though, I kept watching. I imagined how awesome a packed PNC Park would look and how Pittsburgh would be if baseball was revitalized. It would be glorious. I grasped onto every Pirates team. “This will be the year,” I’d say every season. “This will be the player to lead them out of the rubble.”

Until 2011, making those statements seemed like a fool’s errand, but, after Neal Huntington was hired as general manager in 2007, the Pirates started to do things the right way. In the succeeding years, Huntington began to run the team the way a small-market team needs to be run, building up the farm system through the draft and trading away aging veterans for prospects.

By 2011, these moves were starting to pay off. The Pirates were above .500 entering the All-Star break for the first time since 1992. Leading the way were former prospects Andrew McCutchen, Neil Walker and Jose Tabata.

The record was built on tenuous ground, winning close games but getting blown out in losses. Regression seemed likely, and it came down hard, with the team dropping below .500 to 72-90. The collapse hurt, but the first-half play foretold of winning times. Finally, 2012 would be the year they’d break the streak, I thought.

In the next 41 games, the Pirates experienced another epic collapse, going 12-29 and finishing 79-83. No single adjective could do it justice. Heartbreaking? Yeah, it was. Dispiriting? It was extremely dispiriting. Piratey? Yes, it was very, very Piratey.

As a fan, it was difficult to get excited for the next season. There was improvement, but downgrading from playoff expectations to finishing below .500 was hard to take. The team seemed like it would improve, but I was skeptical. As the Pirates collected wins and moved several games above .500 before the All-Star break, I remained cynical. As they continued to do the same in the second half, my cynicism slowly faded away.

It was finally real. On the season, they finished 94-68, losing in five games to the St. Louis Cardinals after beating the Reds in a one-game playoff. And the atmosphere? Unreal. I’ve been to Steelers’ playoff games. I’ve been seen the Penguins in the Stanley Cup Final. Just watching the Pirates playoff games on TV was better than either of those. The electricity, the enthusiasm of the crowd. It finally happened.

After winning MVP last season, McCutchen has continued his studly ways, batting .307 with a .932 OPS while running the bases and playing defense exceptionally.

That’s expected, though. He’s the face of Pittsburgh sports now.

Walker has remained one of the best second basemen in the league, sporting the third best OPS at the position. That’s expected, too.

Starling Marte has posted better offensive numbers than his standout 2013 season, all while wreaking havoc on the basepaths and using his speed to play top-notch defense. That’s expected.

Russell Martin has played better offense and defense than nearly every other catcher in baseball. That, too, is now expected.

And Josh Harrison? Well, no sane person would have predicted him competing for a batting title and becoming one of the best third baseman in the league. As he’s proven that he wasn’t just the product of a hot streak, though, his play has become expected, as well.

Because of these performances, the Pirates, in all likelihood, will make the playoffs again this season. With their young offensive firepower and bullpen coming into form, that’s become a given. With the MLB wide open this season, they might even contend for the World Series. And, if the team’s arc is any indication, reaching that level could soon become expected as well.