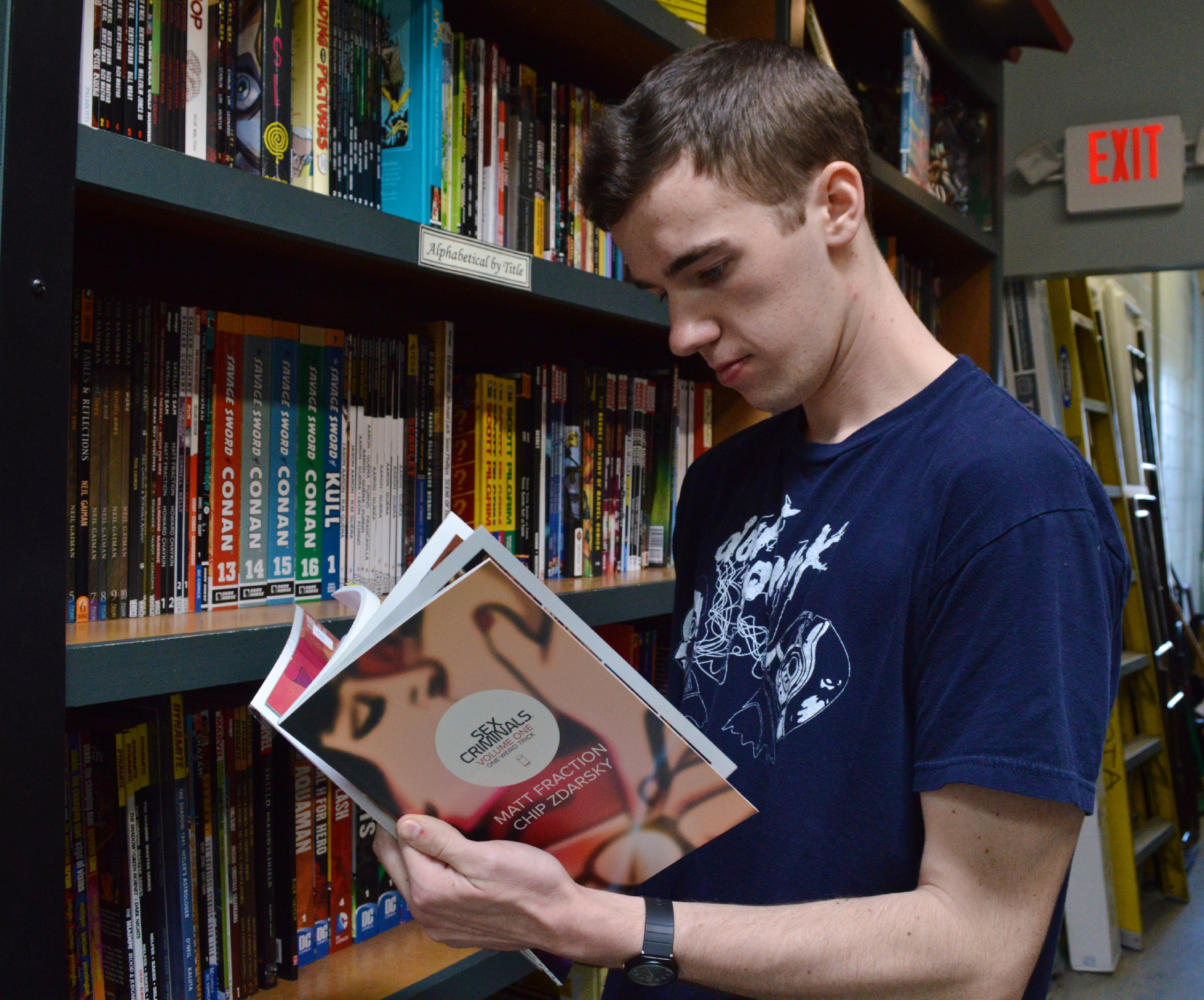 Phil Aitken has decorated the shoulder strap of his satchel with bright pins, each advertising a different superhero’s face or symbol. The slew of colorful iconography climbs up across his torso, immediately catching the eye of anyone who so much as glances at him.

“I’ve loved superheroes for as long as I can remember,” Aitken, who credits his parents with exposing him to comic book culture at an early age by dressing him up in Spider-Man pajamas and Halloween costumes, said. Among his favorite characters today are Superman and the lesser-known Marvel character Dr. Strange, whose pin rests, appropriately, near the top of his shoulder strap.

Aitken, a senior fiction writing major with a minor in film studies, is putting his love of superheroes and writing to work. Since July 2013, he has been feverishly writing an original comic with the help of a friend, who is drawing the illustrations from Minnesota. Even before coming to Pitt, “all I knew was that I wanted to write comics one day,” Aitken said.

Aitken began thinking of story ideas in 2012, his freshman year, when he took an introduction to fiction course. He wrote three stories about original characters that he said paid homage to, as well as critiqued, existing well-known superheroes like Superman, Batman and The Hulk. 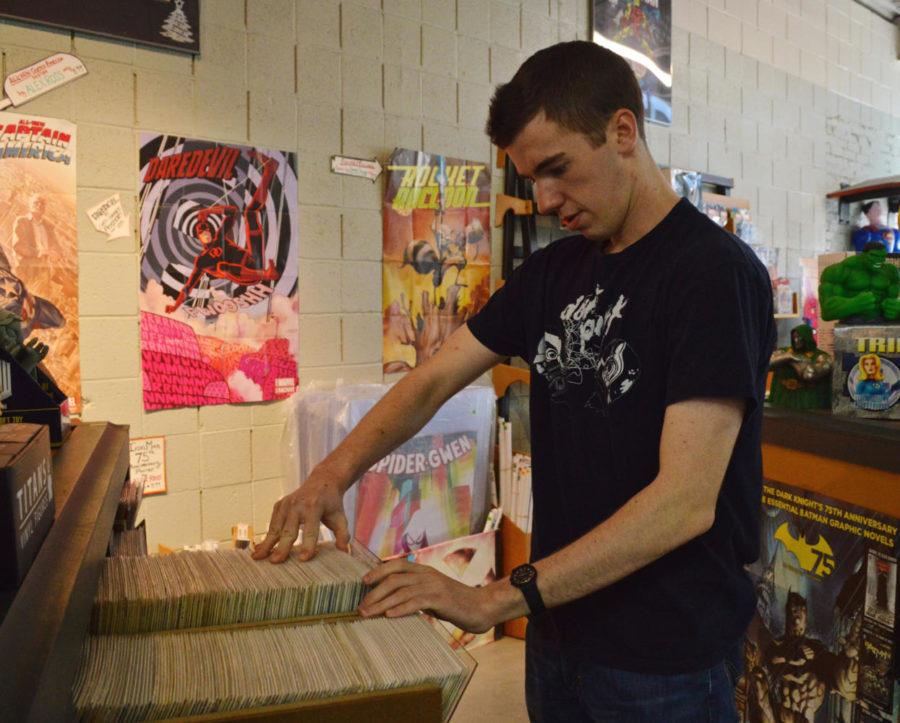 Superhero muses planted seeds of inspiration long before the class, however. Aitken remembers the cover of the first comic book he ever bought, when he was 10 years old. “It was ‘Ultimate Spider-Man,’ [Issue 87] I think,” he said.

The cover, which shows Spider-Man in the clutches of a female villain with a raised dagger in hand, made an impression on him.

“I’d never seen a picture of a superhero in such peril,” Aitken said.

It wasn’t until nearly a decade later, walking home from work one night during the summer of 2013, that he was struck by an idea that quickly evolved into an obsession: What if superheroes were not only real, but extinct?

Since that night, he has devoted an hour nearly every day to writing his story about a boy who discovers he has superpowers in a post-superhero world, where “a Lex Luthor-type villain” rules the world before it sees the return of masked crime fighters.

Nearly two years into the project, Aitken estimates that he’s only about halfway done, but he remains enthusiastic about his creative process.

“When you’ve been working on something every day [for so long], you find something to write,” he said of his daily writing time. “Writer’s block doesn’t exist.”

Aitken is no stranger to commitment. Before he began work on his comic, he kept a blog of short stories that he posted every Tuesday and Friday from December 2012 to December 2013. He stopped blogging to focus more seriously on the comic.

Aitken hopes to one day publish his story independently on the Internet, for free, in 60 issues, though he admits that publication is still too far in the future to think about.

As for his next project, Aitken paused to think.

“I need to focus on this first, and when it ends, I’ll figure out what comes next,” he said.