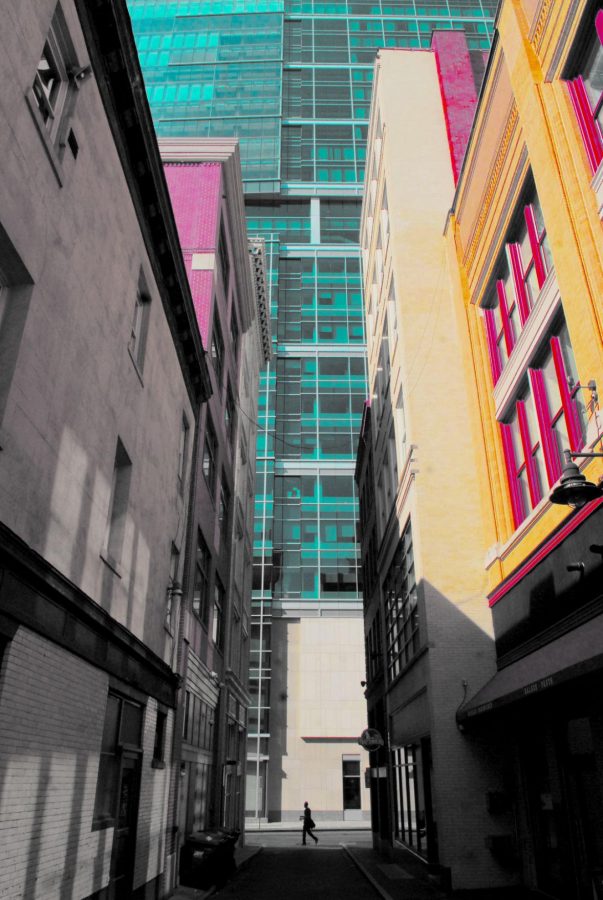 By Emma Solak / For The Pitt News

Some hikers require heavy gear and extensive preparation, but with Urban Hikers, you can hit the trail with only a cup of joe and curiosity for Pittsburgh culture.

In 2003, a group of Pittsburghers began leading organized hikes to explore  different neighborhoods of the city. As a cohort, they call themselves “Urban Hike,” and their mission is to uncover lesser known features of Pittsburgh’s communiities..

Emily Keebler, a long-term volunteer for the urban hiking community, said it is unclear how the name originated.

“It feels kind of silly trying to explain it and not sound patronizing,” Keebler said. “People think it’s going hiking in an urban area, but it’s not. Though we love to hit green space, we mainly walk on and explore the city streets.”

Once a month, the Urban Hike community embarks on open hikes that usually draw about 40 to 60 people between 25 to 45 years old.

Journeys usually begin in front of a bakery or coffee shop, so the hikers can pick up a cup of coffee or a doughnut before they begin their trek. From there, the group walks around the city, typically three to five miles, exploring restaurants, churches, shops, museums and parks.

Urban Hike’s members determine the route ahead of time, usually inspired by one member stumbling upon a café or spotting some interesting architecture he or she wanted to learn more about. From there, they call local shop or restaurant owners, asking them if they would be willing to speak to the group. Though the main goal of the hikes is to get some exercise, the group still makes pit stops to learn about Pittsburgh.

“We make a point of stressing to people that it’s very casual and informal, [and] that it’s a free service being offered to the public,” Keebler said. “We want people to get exercise, so we don’t stop on every corner. But there are some things you just can’t pass up without learning more.”

Keebler said Brian Maloney, a college student living in Pittsburgh at the time, founded Urban Hike as a way to teach Pittsburgh residents about their home.

A main draw to Pitt for senior Philip Sweet was the chance to explore the city, and he frequently ventures off to roam around other parts of town, especially the North Shore. Like the Urban Hikers, Sweet opts for local delis and cafés on his trips, and often stumbles upon places he did not know existed, like a guitar shop or farmer’s market. Sweet said he may not be an official “Urban Hiker”, but he appreciates the group’s mission.

“I would love to join the Urban Hike community,” said Sweet, a molecular biology major. “There are lots of things going on in the city that don’t reach the student population, and so much of it wants student involvement. Students should be interested in these things.”

Katherine Anderson, vice president of the Pitt Outdoors Club, said the club hopes to get involved in the trend.

Though the club typically participates in more “traditional” hiking, Anderson, a junior studio art major, said members are open to local outdoors activities, too. The club has also started pairing up with Venture Outdoors, a nonprofit organization that provides services such as kayaks trips down the rivers of Pittsburgh.

Besides dressing for the weather and travelling equipped with water, Urban Hikers should bring intrigue about new places.

“Whatever happens, happens,” Keebler said. “We hit the city steps and see what we can find out about.”