Pro tips on how to best tailgate before Pitt games 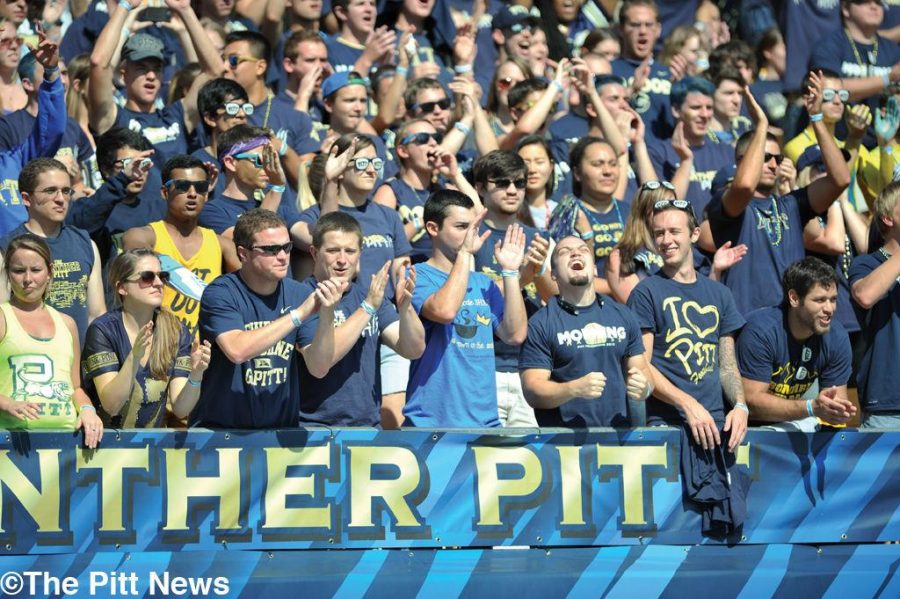 Tailgating has long been a pregame pastime at football games but it’s more than just flipping burgers. It’s a custom with rules and a loose code of unwritten rules, like “don’t park near a port-a-potty,” for obvious reasons.

For the tailgating community, showcasing one’s passion for the team begins long before the game. The minute a tailgater arrives at the stadium, it’s game time.

While not all students tailgate, showing school spirit is possible for every Pitt student. Pitt plays its football home games at Heinz Field, where the tailgating scene is a bit disjointed, as each different option for tailgating comes with its own perks. Sharing a stadium with the Steelers has its pros and cons when it comes to Pitt tailgating.

The common sentiment amongst Pitt students is a feeling of displacement being outside Oakland.

“Our enthusiasm goes hand-in-hand with tailgating,” senior Colin Clark said. “An on-campus field would enrich tailgating and unite everyone way more effectively for the games.”

One of the recent measures taken by the Student Government Board’s Traditions Committee to bond students to Pitt football is the creation of The Panther Pitt, the student section at games. Started in 2012, its mission is simple: create a spirited atmosphere for game day. With the purchase of season tickets, students receive a free “Panther Pitt” shirt to wear for home contests. The tailgating spot on the Great Lawn, located outside Gate A of Heinz Field, is commonly flooded with a sea of these blue shirts.

Another rule, is to wear your team’s color no matter what and do your team proud.

When game day rolls around, the epicenter for the student body is still the Great Lawn, while the Gravel Lot, Blue Lot and Gold Lot play secondary roles. Shuttles flood Bigelow Boulevard outside of the Cathedral of Learning before the game to transport busloads of students over to the North Shore neighborhood. Beginning within 90 minutes of the start of the game, drivers will drop students off at Point State Park, leaving a ten-minute walk on the Fort Duquesne pedestrian footbridge to the stadium.

For more eager fans, the earlier University shuttles will deliver students right to Heinz Field up until 90 minutes prior to kickoff, right in striking distance of the student entrance to get premium seats.

Of all the choices, the Great Lawn is the most populated student tailgating spot. From a convenience and cost standpoint, it’s free for students and in close proximity to the field. Located outside Gate A of Heinz Field, this area is a great way for fans to get amped up for the game.

The proximity to the Ohio River also makes this spot a prime attraction, as students can enjoy the festivities alongside nearby boats and kayaks. Right up until kickoff, Pitt staff provides fans with free food and grilling equipment to get into the tailgating atmosphere without the hassle.

The third rule is to have a grill master in your crew. Your stomach will thank you later.

In addition, the Lawn is spacious where you can find students throwing footballs and playing cornhole. Blaring music from live DJs as well as body painting stations make it the ultimate pregame tailgate celebration.

Pitt’s mediocrity on the football field in recent years has ironically made tailgating more fun than the games to some. The Great Lawn, Gold Lot, Blue Lot and the Gravel Lot are treated both as a starting point to game day and the highlight. Thus, the developing separation between tailgating and the actual game is becoming more evident. In addition, rather than tailgating being viewed as a preview for the game, it’s been scaled back to merely a social gathering for some fans, including senior Joe Chuly.

“There have been a few too many devastating losses and letdowns to be as hyped for the team as I once was,” Chuly said. “I’d rather tailgate and hang out with friends than camp out for front-row seats.”

One of these areas is the Gravel Lot which, while easily the furthest tailgating destination from the stadium, is still fairly active throughout the season and allows for interaction in one place. Just like the Great Lawn, there is an abundance of grills for pre-game food and music, which junior Steph Gargone looks forward to the most.

“It’s a fun experience all around and it’s a great opportunity to meet new people,” Gargone said.

The Gravel Lot has become something of a gathering spot for students who are not necessarily football fans but like to hang out and socialize rather than go in the stadium.

The same can be said for the formal Blue and Gold parking lots. The Gold Lot is the closest lot to the stadium and requires a permit for access. Although it’s rare to find students in the Gold Lot because it costs about $20 to park , a handful of avid student fans use the lot. The Blue Lot, situated next to the neighboring baseball stadium PNC Park, is more of an official area for students who have cars to tailgate.

Regarding where this leaves Pitt tailgating for the 2014 football season, it’s really up to the fans. Tailgating is all about creating an atmosphere people want to be a part of. Just like the disparity and gigantic nature of Heinz Field, which rarely gets filled for Pitt games, tailgating seems to follow suit.