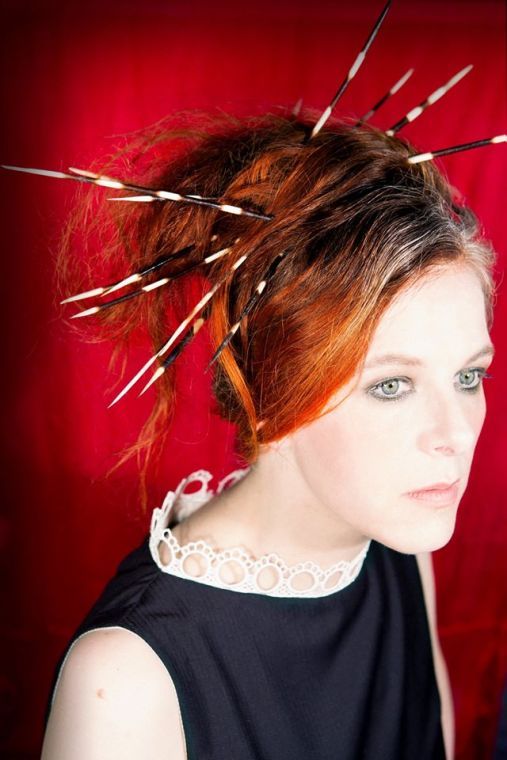 Nearly all conversations about Neko Case revolve around her voice — it’s a powerful, cutting weapon of an instrument.

After Monday night’s show at the Byham Theater, Case likely sparked several new conversations about her superhuman gift, as she confirmed to fans that, yes, it’s for real.

Still touring almost a year after the release of 2013’s excellent The Worse Things Get, The Harder I Fight, The Harder I Fight, The More I Love You, she’s hardly gotten a break and that’s not about to change — Case sets out on the road again with The New Pornographers after her current tour wraps up. Yet she rarely showed any signs of fatigue onstage, partly because mobility was limited to a roughly four-by-four-foot square at center stage.

Surrounded by her five-piece touring band, featuring an upright bass player, drummer, a half dozen guitars and a trombonist, Case anchored herself behind the mic for most of the night, letting her arms hang down next to her kooky skeleton-print pants. She didn’t have to move around much to get across that her entire physical being was in use for the big notes. But when she did step back from the mic on more uptempo numbers like “City Swan” and “Man,” Case danced around with reserved bursts of energy, cluing us in to the fact that she might not be interested in the whole “rockstar” thing.

She leaned heavily on material from The Worse Things Get Monday night but ultimately settled on a 50/50 split between the new and old. Watching Case jump between albums in a live setting reaffirms just how genre-proof her voice is. Even though she’s almost twang-free in 2014, Case can still revisit the steel guitar country western days of “Margaret Vs. Pauline” and “Hold On, Hold On” with aplomb. Few singers can so fluidly play chameleon between rock, folk, pop and country.

But a variety in genre doesn’t necessarily make for a variety in performance — the show’s midsection sagged from time to time with midtempo tracks, such as “The Pharaohs” and “Night Still Comes,” which were almost always pleasing and true to the studio renditions but a bit too tame for the commanding voice at their center. With most of her tracks hovering around a three-minute length, the show sometimes found trouble attaining and keeping momentum.

Some of the more upbeat songs seized their quick, snappy runtime to give Case’s badass persona a tinge of danger. There’s a naturally sharp edge to her voice, so it was relieving when the live arrangements of “Bracing For Sunday” and her impassioned manifesto “Man” could match the aggression that’s begging to be liberated.

Another standout, “Nearly Midnight, Honolulu,” scaled things in the opposite direction for an a cappella duet with Case and her hilarious sidekick, Kelly Hogan. It’s a chilling cut from The Worse Things Get, recalling a true story from outside a Honolulu airport where Case overheard a mother yelling at her young child, “Get the f*ck away from me/ Why don’t you ever shut up?” Either some audience members hadn’t heard the backstory, hadn’t heard the song before or were simply charmed by the jarring profanity, because audible laughter could be heard all around my section despite the sobering subject matter.

It may have been difficult to distinguish the fun from the dead-serious throughout the show, given Case’s charming back-and-forth exchanges with Hogan in between songs. Hogan’s singing voice can be just as big and assured as Case’s and she often took the wheel during stage banter, zipping through comedic bits about her grandmother’s fascination with Wine.com, introducing the band and assigning names to the guitars (Scratchy, Fuzzy, Jon Ben Jovi, Randy).