The Pitt News • May 13, 2014 • https://pittnews.com/article/5746/news/ductwork-malfunction-closes-fuel-fuddle-indefinitely/ 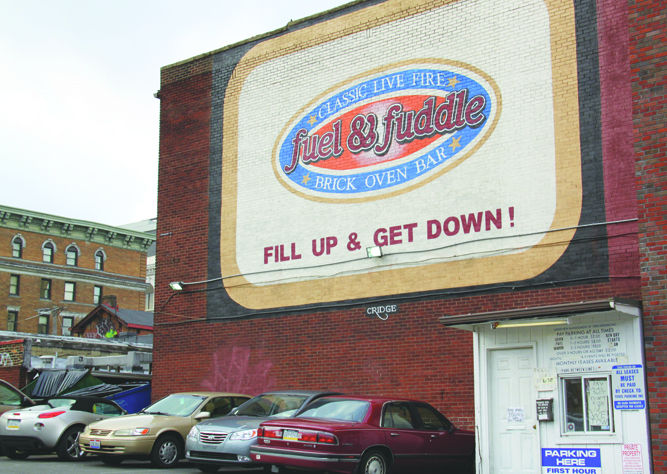 By Ilya Yashin / For The Pitt News

The blinds at Fuel & Fuddle, 212 Oakland Ave., are drawn, the inside is dark, and a note on the front door reads, “Closed for some renovations. We’ll see you soon!” But the reopening date is undetermined.

The popular central Oakland restaurant and bar closed for renovations after a ductwork malfunction filled its kitchen with smoke on April 28. The Pittsburgh Bureau of Fire received a report that evening of “smoke coming [from] electrical wires in a vent” at 218 Oakland Ave., according to Pittsburgh Public Safety spokesperson Sonya Toler.

Shoefitr, a company the helps consumers buy shoes online, is located at 218 Oakland Ave., and its space extends above the restaurant.

Toler said in an email that faulty wiring caused the incident and that the estimated cost of damage is $11,000. No injuries were reported, she said.

Vic Bovalino, the restaurant’s director of operations, said the malfunction and its consequences were “not a big deal,” as only the pizza oven and its duct were affected. During the search for contractors to fix the damage, he said the unexpected closure will be used productively for usual summer duties, including painting and heavy cleaning. Bovalino declined to comment on whether there will be any extensive renovations or remodeling to the restaurant. It is Fuel & Fuddle’s company policy for Bovalino to answer any and all inquiries on the restaurant.

Alexandrea Milton, a server on duty at the time of the incident, said she saw “a ton of smoke coming out of the pizza oven” when she entered the kitchen.

“Nobody knew what was going on,” Milton said.

She said the smoke spread to Shoefitr, where someone then notified the fire department.

The building was evacuated, Milton said. Four fire trucks arrived and firefighters remained there for about an hour and a half. Fuel & Fuddle was closed later that evening, she said.

The fate of Fuel & Fuddle’s employees is uncertain.

Milton said that two days after the accident, the management and owners called the employees to a meeting at the restaurantand told them “to get on unemployment or look for new jobs, because they can’t tell how long [the restaurant] is going to be off for.”

Bovalino said that while staff matters are “private information,” all of their staff will be invited back to the restaurant upon its reopening, whether they found new jobs, collected unemployment or did neither. He said while some members of the staff have found other jobs, others have not and he “feels for this staff.”

There is no telling when Fuel & Fuddle will reopen, but Bovalino said it will be “as quickly as possible.”  The repair job is small enough that it is difficult to immediately find contractors to do it, he said, as they are more eager to pounce on the more lucrative jobs.