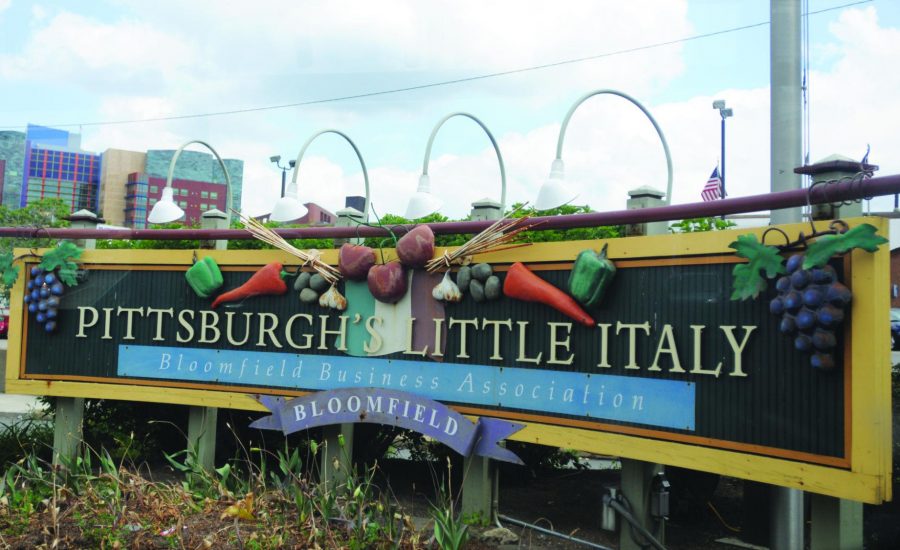 When you first visited Pitt during your college search, you were inevitably greeted with brochures and pamphlets promoting the University. These pamphlets displayed glossy photos of the Cathedral of Learning, the storied incline at Mount Washington and perhaps even PNC Park or Heinz Field along the shimmering Allegheny River.

For students, these are exciting images of a city with pretty sights and exciting things to do. For parents, they’re comforting messages of a non-threatening, yet urban home for their children for the next four years. Unfortunately, too many students manage to go those four years without experiencing anything beyond these idealized images of the city.

Ask any seasoned students, and they’ll tell you that after a couple years it’s easy to feel attached to the “Paris of Appalachia,” regardless of whether they identify more with the “Paris” or “Appalachia” part. But press them for which locations they really enjoy, and most will return the same response: For the rare occasions they’re not in Oakland, they enjoy South Side Works and the Waterfront for shopping, Mount Washington for sightseeing, East Carson Street for partying and Downtown for catching the Megabus.

Pittsburgh, however, is a city of neighborhoods. You can’t appreciate the Steel City until you’ve traversed its unique residential districts. Just one bus route — the inbound 54D running from Fifth Avenue and Bigelow Boulevard down to Forbes and Bellefield Avenues all the way to Craig Street — can introduce you to some of the most vibrant neighborhoods in Pittsburgh’s East End and North Side.

Catch the 54D in Oakland, and you’ll soon find you’ve escaped the college town when you reach Centre Avenue, with its international grocers and less-than-international laundromats. Turn up the bridge on South Millvale Avenue, and you’ve reached the first neighborhood on the route: Bloomfield.

There’s nothing too noteworthy in Bloomfield until you’ve reached the neighborhood’s pulsing artery, Liberty Avenue. Ride down Liberty, and you’ll notice the Italian tricolor protruding from streetlights and countless pizza shops, all attesting to Bloomfield’s pronounced immigrant history — a history it has not forgotten. If the South Side can claim the most bars in one square mile in the nation, then Bloomfield could be in the running for most Italian restaurants.

But Liberty Avenue has far more to offer than just that. Book lovers may be attracted to the East End Book Exchange — an intimate used book store with impressive selection and monthly readings from local literati. For refreshing coffee and radical conversation, walk up Liberty a couple blocks to Big Idea, the neighborhood’s requisite anarchist bookstore and cafe.

Progress down Liberty Avenue, with a brief pass through Lawrenceville and the 40th Street murals, and you’ll turn onto a bridge back toward Oakland. In the tree-covered promontory looking down on you, you’ll be able to make out the striking green dome of the Immaculate Heart of Mary Church — the crowning monument of Polish Hill.

The neighborhood just beyond Baum Boulevard in North Oakland seems inconspicuous from the street, but its arresting view of the Allegheny River and the North Side are not its only points of interest. On Dobson Street, in earshot of the bells of the towering Polish Catholic church, stand a coffee shop, a comic book store and a record store in the same building. Lili Cafe, The Copacetic Comics Company and Mind Cure Records, respectively, provide ample interest to anyone — especially those unable to enjoy the several bars punctuating the rows of houses.

As you leave Polish Hill, bypassing the Strip District, you’ll approach the imposing David McCullough Bridge on 16th Street. The flanking statues — depicting something like dogs hoisting globes on their backs — welcome you to the North Side.

It’s important to note the difference between the “‘North Shore”’ and the “‘North Side.”’ The North Shore is where you go for Pirates games, Steelers games, and Andy Warhol games — which I think may be an event at the Warhol museum.  The North Side is a far more interesting and exciting place where people actually live.

Unfortunately, many students feel they have no reason to travel so far to the land above the Allegheny. But as the 54D passes past the vibrant storefronts of East Ohio Street and circles the pleasant greenery of Allegheny Commons, such apprehension should dissipate. Walking up from East North Street to the historic Mexican War Streets district, one can enjoy the avant-garde displays of the Mattress Factory art museum, or the regular readings and literary events staged by the City of Asylum exiled -writers’ community.

By then, you’ll have reached the end of the line on the 54D. I could tell you how to get back to the warm, collegiate embrace of Oakland, but I’d recommend you try to figure it out yourself. Perhaps you’ll discover someplace interesting on the way. Google Maps can be a great companion for the urban traveller, but you should know when to go it alone.

Write to Simon at [email protected]