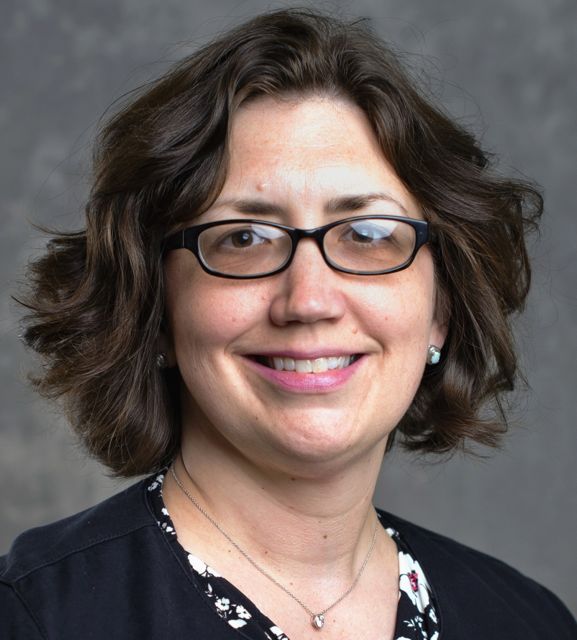 After the amount of reported rape on Pitt’s campus doubled between 2013 and 2014, Pitt hired its first full-time Title IX coordinator to assess the rising numbers.

Unlike Mohamed and Connelly, Pope will be the first person to assume the role full-time, without holding any other positions on campus.

Connelly said the University decided to make the Title IX coordinator a full-time position because of public scrutiny and a national increase in the incidence rate of sexual misconduct. These statistics, according to Connelly, have been “really concerning to the University.”

The most recent edition of Pitt’s annual Security and Fire Safety Report, “For Safety’s Sake,” shows that in 2011, there were five reported rapes on campus property. In 2014, that number increased to 20, which doubles the 10 reported incidents of rape in 2013.

Pope said she couldn’t comment on these specific findings yet because she just got to Pitt, but said she has no reason to find the numbers unusual.

She said the numbers probably do not point to an actual increase in rape. Instead, the findings are more likely reflective of increased awareness about sexual misconduct.

Along with interpreting statistics like these, Pope said she will also examine the pending results of the Campus Climate Survey. The University asked all students to respond to survey questions about the frequency of sexual assault on campus in April 2015. National research firm Westat plans to release the results of the survey in the fall.

Pope’s duties are not limited to examining student data. She will also ensure the University is compliant with Title IX regulations. Title IX is a federal law that prohibits sexual discrimination at federally-funded institutions, like universities.

“As Title IX coordinator, Katie Pope will design and implement strategic initiatives aimed at reinforcing the University’s commitment to fostering a safe, healthy and respectful environment for all students, faculty and staff,” Connelly said in a release announcing the new hire.

Before starting at Pitt, Pope was the Title IX coordinator at Allegheny College in 2014 and at Purdue University for nine years beginning in 2006. Pope has also served as executive director of the Assault Care Center Extending Shelter and Support, an agency for domestic violence and sexual assault outreach located in Ames, Iowa.

A full-time Title IX coordinator with an extensive background, Connelly said, will be able to zoom out on the situation country-wide.

“[The coordinator] is someone who can look at things globally, University-wide,” Connelly said.

Pope said the increasing numbers of reported sexual assault at Pitt is part of a national trend.

According to data from the Department of Education, between 2008 and 2012, the national number of reported “forcible rapes” increased by 49 percent on college campuses.

Pope intends to advocate for survivors and students by extending her reach to several different facets of Pitt’s campus. This will include the athletics department, Residence Life, student organizations and faculty.

“I’ve been meeting people who are doing this work all across campus,” Pope said.

Connelly and Pope have been benchmarking Pitt’s Title IX program against other universities’ Title IX policies, like the University of North Carolina.

Pope said in the end, she will customize all her initiatives to Pitt.

Pope plans to begin workshops and online training programs for students and faculty at Pitt based on topics like dating violence. She wants to use these workshops to educate students on the resources available for sexual assault.

With her unique background in gender studies and sexual misconduct, Pope has become an expert on addressing these issues.

Pope cultivated an interest in these fields while attending Iowa State University and working at the Margaret Sloss Women’s Center in Ames.

It was at the shelter that she “saw firsthand what the work looks like and what it means to be an advocate for people in vulnerable situations,” Pope said.

People of any gender or sexuality can find themselves in these same “vulnerable situations,” according to Pope. She wants students to know that resources are available for everyone, regardless of gender identity.

“Oftentimes, college-aged men and women don’t identify what has happened to them as sexual misconduct or rape,” Pope said.

According to the Justice Department, an average of 68 percent of assaults went unreported between 2008 and 2012.  In four out of five cases, the rapist is a friend or acquaintance — this can make it difficult for the victim to identify his or her experience as rape.

While Pope will continue to work on strategies to combat this lack of education, she said a lot of the job is about listening to what others are saying.

“It’s essential to be collaborative,” Pope said. “To be a resource, to be available, to learn from [people all across campus].” 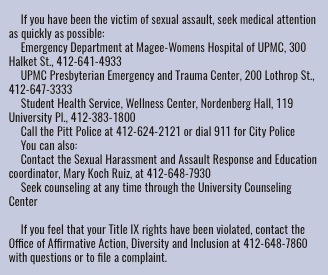