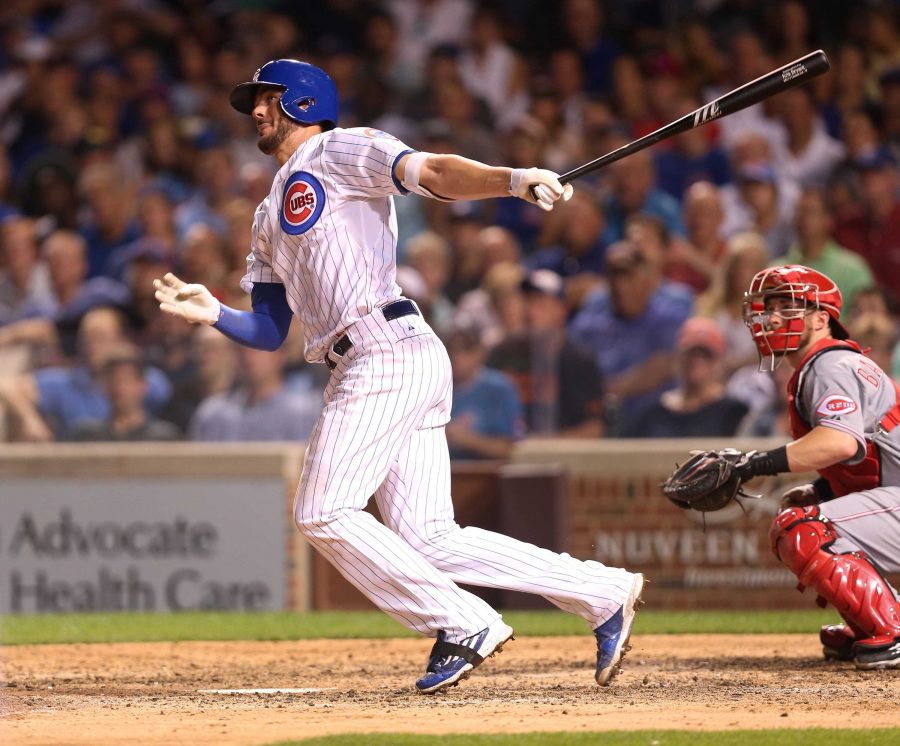 There aren’t many ways to escape a losing past. However, one way is to field players who don’t remember it.

At least that’s what the Houston Astros and Chicago Cubs are doing this year.

With recent histories of futility — including four 100-loss seasons between them since 2009 — it seemed 2015 would be just another disappointing year. Knowledgable baseball fans knew both teams had younger, high-ceiling players who could be promoted soon, like Kris Bryant and Carlos Correa of the Cubs and Astros, respectively — but surely it was too early.

Yet the 23 and 20 year old, Bryant and Correa, have given their teams the push they needed to make the playoffs — and set them up as their league’s Rookies of the Year.

In many ways, both teams’ — and players’ — successes point to how baseball has changed since the mid-2000s, when both teams last succeeded.

The steroid era was on the decline when the Astros made the World Series in 2005, led by noted steroid user Roger Clemens. Use of the drugs by older players, such as Clemens, Rafael Palmeiro, Gary Sheffield, Barry Bonds, Sammy Sosa and Mark McGwire extended careers and weighted league production toward older, rather than younger, players.

But per FiveThirtyEight, a data-based news site, that production, measured in WAR, or wins-above-replacement — a stat which attempts to measure numerically the number of wins a player actually provides relative to an average player — is going back to the kids after a spike centered around the early 2000s.

Barry Bonds’ infamous 73 home run season occurred at age 36, when most players are declining — not setting career highs. It also was the start of his four-year MVP streak, when Bonds put up some of the gaudiest numbers in MLB history, ending at Bonds’ age-39 season, where he hit for a 1.4217 OPS — a general measure of hitting ability. That’s the best mark in a single baseball season — ever — by about .04 points, which is a considerable margin.

For comparison, of the rest of the top ten OPS seasons that don’t belong to a juiced up Bonds — who has three more — Babe Ruth has four and Ted Williams has two. And of those top years, only Williams’ tenth all-time 1.2566 OPS came past 36, at age 38.

Steroids made production ­— especially offensive production — easy to find on the free market. As a player needs six years of experience to become a free agent in baseball, and the average age of an MLB rookie is usually 24 years old, players don’t hit the free market until they are well into their 30s, usually past their primes.

And besides extending primes, steroids can also help older players strengthen themselves to avoid and recover from injuries — a huge concern when giving big money to older, worn-down players.

But either way, steroids artificially extended careers, and made offensive help not exactly cheap — we are still talking about baseball contracts here — but immediate. It’s easier and quicker to hand out a $140 million deal to an experienced star on the market than develop a young one yourself.

But the end of the steroid era has shifted the market back to young players, especially young hitting — and what the Astros and Cubs have in spades is young hitting. Besides the aforementioned Correa and Bryant, George Springer and Jose Altuve with Houston and Anthony Rizzo and Kyle Schwarber with Chicago have pushed their offenses to a competitive level. All are 25 or younger. Both teams are in their respective leagues’ top half in runs scored and home runs hit.

It isn’t possible to buy elite offense anymore. The last team to succeed in that endeavour would be the 2009 New York Yankees, when the addition of 29-year-old free agent Mark Teixeira led the team to the playoffs after they signed him to an eight-year, $180 million deal.

After finishing second in the MVP voting that year, Teixeira has produced only above average numbers at best, while making elite money. He has managed to turn back the clock this year, but only after two lost seasons for both him and his team.

That same narrative can apply to most big free agent contracts handed out by teams since 2009. Carl Crawford and Josh Hamilton already rank among the worst of all time, each signing deals worth around $20 million annually for no production back. Meanwhile, Robinson Cano and Shin-Soo Choo’s deals have the look of albatrosses in the making, as their current numbers do not match their track records that earn them $20 million annually.

The occasional success on a late career deal, such as Adrian Beltre’s, does not justify the risk in money and roster spots that can be used on younger players.

While Baseball hasn’t always been a young man’s game, Correa, Bryant, Mike Trout and Andrew McCutchen are taking it back.

And for taking that risk on youth, the Cubs and Astros have found the fountain of success.