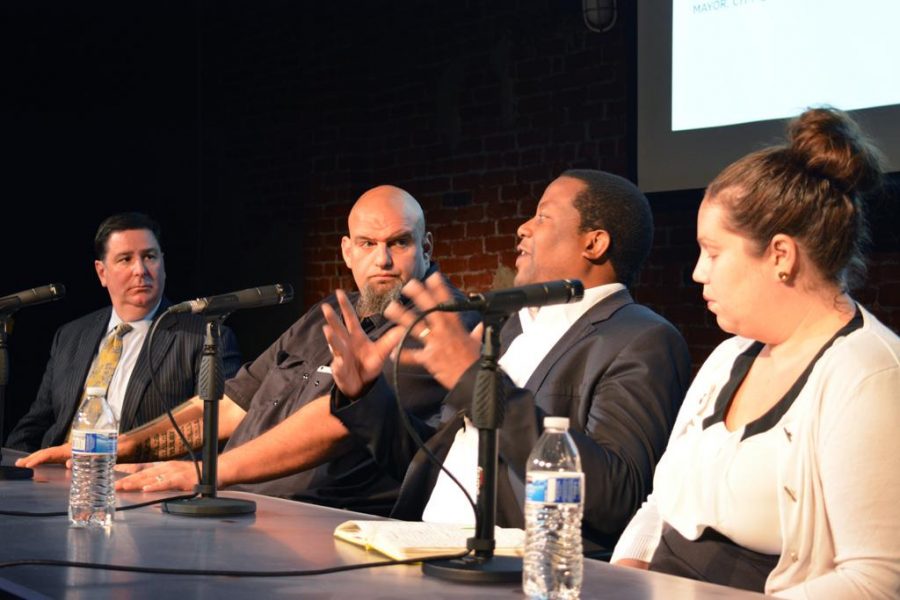 Thrival Festival sounds like the name of an electronic dance party, but it’s actually Pittsburgh’s most intellectual and revolutionary gathering of the minds.

This week’s third annual Thrival Festival will host 30 innovation lectures all over the city, including the South Side, Allentown, Hill District and East Liberty. This year’s festival features speakers from all over the country bringing their ideas and experiences in various fields, from urban planning to feminism, to the Steel City.

Next weekend, a two-day music concert will cap the event with more than 25 acts including Panic! At the Disco and Ghostface Killah.

Listen to two of the week’s most important, visionary talks below, on the future of city planning and neighborhood innovation with discussions from mayor Bill Peduto and Drew Davidson, director of Carnegie Mellon University’s Entertainment Technology Center.

The best talk you missed:

Peduto led the panel through a series of debates about Pittsburgh’s future as it continues to develop out of the economic depression that crippled it from the 1970s through the early 2000s.

The panelists also expressed their concern for preserving Pittsburgh’s identity as it continues to grow, acknowledging that the city’s lack of diversity, in both leadership and citizenship, must change.

Torres called specifically for some incumbent leaders to step down for younger minority leaders of varying sexuality, race and income in what kicked off Thrival Festival with an inspiring discussion of Pittsburgh’s future.

The best talk you can still hit today:

Sometimes chaos is a good thing, at least for the sake of innovation.

Tuesday afternoon at the entrepreneur incubator Work Hard Pgh in Allentown, Dr. Drew Davidson will explain as much. Davidson’s lecture explores his work on a four-year study of how diversity impacts innovation, specifically with the curriculum at Carnegie Mellon’s Entertainment Technology Center.

The curriculum consists of teams designing, creating and building prototypes of their ideas under the guidance of faculty supervisors. The supervisors observe how stress, communication, conflict and a host of other variables influence the overall process. They will also assess how these variables affect the final product, including its practicality.

Davidson has discussed diversity on multiple mediums, including as editor of ETC Press and its accompanying Well Played series. Davidson’s expertise covers perceptions of media and what it’s capable of, as well as narratives across media.