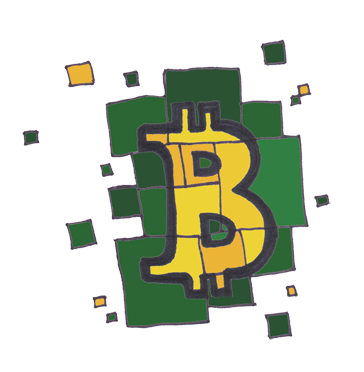 Christopher Wilmer, assistant professor in the chemical and petroleum engineering department, has co-founded  a peer-reviewed scientific journal on cryptocurrency called Ledger. Crypotcurrency refers to any kind of digital currency that is both created and regulated by encryption software and is used independently of a central bank.

Researchers have submitted more than 200 papers on Bitcoin and cryptocurrency to various journals in the past year, but Wilmer said they have not been able to publish their work. Wilmer said the papers’ content did not fit in with the articles in other computer science journals, which have deemed them unfit for publication.

Research on “cryptocurrency,” as researchers commonly call it, and the technology it is based on has grown, according to Wilmer, creating the need for a new cryptocurrency journal.

“The demand for a journal like Ledger was clear,”  Rizun said.

According to Rizun, the journal, which put out a call for submissions on Sept. 15,  received five submissions within the first few days. The editors hope to publish six to 12 research papers and one to three review articles in the inaugural issue in March. Wilmer and Rizun plan to make the journal open access.

Users can trade and spend cryptocurrency like regular money — though only in online stores like Amazon.com Tigerdirect.com. Bitcoin, an encrypted payment system that allows users to spend digital currency without a third-party control — like a bank — is the most known form of cryptocurrency.

Bitcoin gained popularity because it is decentralized, meaning that all users contribute to the flow of capital, and a single person or company can’t throw the currency into a meltdown. According to Bitscan.com, a Bitcoin news site, more than 1 million people worldwide currently use Bitcoin.

The editorial board, which will peer review articles, has eight members from multiple schools and disciplines, including professors from MIT, Stanford, Cornell, NYU and Oxford.

Rizun said authors will  submit their manuscripts online through the journal’s online submission form. If the author meets Ledger’s guidelines, the editors will send his or her manuscript to three researchers for peer review.

Campbell Harvey, a professor at Duke University and a member of the Ledger editorial board, said the reviewers will decide whether they will accept, reject or revise research articles.

Elaine Shi, a Ledger editorial board member and a professor at Cornell University, said digital currency networks like Bitcoin might be the way of the future.

“I believe that this technological trend [digital currency] will be transformative and revolutionize the future of e-commerce and financial transactions,” Shi said. “It will be useful for everyone, including college students.”

Timothy Deliyannides, head of information technology for the ULS, said the ULS seized the chance to publish Ledger.

“When Wilmer approached us last year, we were immediately struck by the importance of the opportunity to be the first in the world to publish peer-reviewed scholarly research in this emerging field of study,” Deliyannides said.

Wilmer organized the creation of the journal starting last year The biggest challenge, Wilmer said, was organizing an editorial board and finding a publisher.

“Ledger has a great idea to connect the academic research in cryptocurrency with practitioners, as well as legal and policy people,” Shi said.

According to Harvey, cryptocurrency research has practical implications for average Americans as well.

“The technology has the potential to play a key role in a new financial system,” Harvey said.

According to Deliyannides, the ULS now publishes 37 peer-reviewed journals for less than a commerical publisher would charge.

“The technology behind Bitcoin could add transparency and objectivity to our global monetary system and in doing so improve the quality of life for people all over the world,” Rizun said. “I hope that, in some small way, the research published by Ledger helps to spread awareness of this possibility.”

Together, the editorial board hopes the publication will serve as a platform and source of information for the world’s newest form of currency.

“The technology could affect everyone — kind of like the Internet,” Wilmer said.