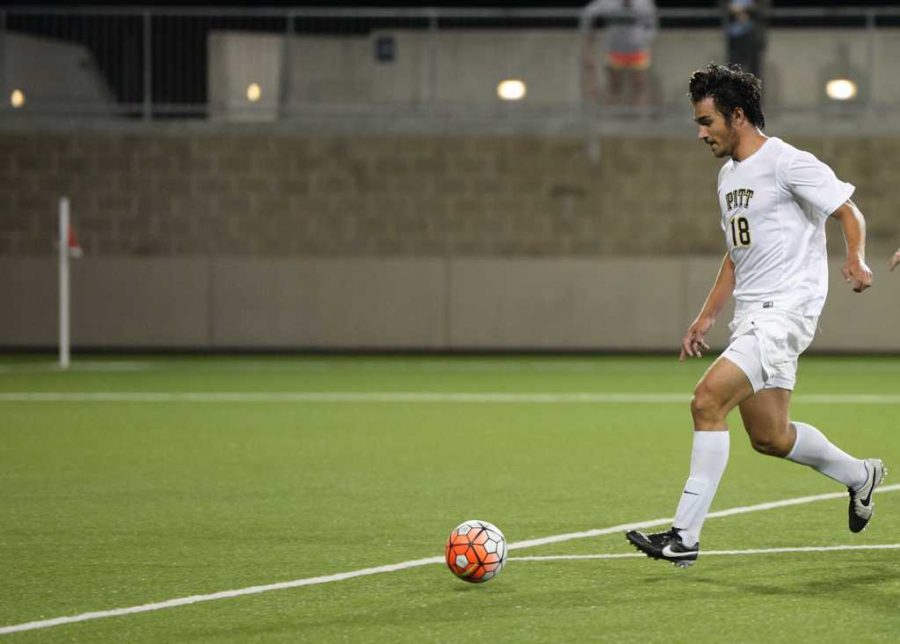 The sputtering Virginia Military Institute (0-8, 0-1 Big SouthConference) will visit the Panthers on Tuesday at 7 p.m. Then, on Friday, the No. 2 North Carolina Tar Heels (7-0-1, 3-0-0 ACC) will visit Ambrose Urbanic Field at 7 p.m., in a game that the Panthers — winless in all of their 22 ACC games — will be heavy underdogs.

The Keydets maintained their winless record on Saturday in a 3-0 loss to Furman in Lexington, Virginia. Furman outshot VMI 29-4 in the match and only managed to send two shots on goal. Furman also earned six corner kicks while the Keydets were left empty-handed in that category.

Tuesday night’s matchup offers Pitt the perfect opportunity to rediscover its offensive prowess that has been dormant in much more competitive conference play.

In a stark contrast to its conference performance, Pitt has dominated non-conference play this season. It’s 4-0-1 and has outshot nonconference opponents 36-24. The Panthers and senior captain goalkeeper Dan Lynd haven’t surrendered a goal in five nonconference games — two of which have gone to double overtime. That’s 490 total minutes of shutout soccer.

Despite all of the Panthers’ valiant success in their nonconference schedule, Pitt has drastically faltered in ACC play. It is 0-3 this season and ACC opponents have outshot the team 39-11. The Panthers have only managed to send three of their 11 shots on goal. Similarly, conference opponents have outgained Pitt in corners, 31–8, including Friday’s contest against Syracuse, in which Pitt did not attempt a single corner.

Head coach Joe Luxbacher said the team is less sure of itself when facing more intimidating conference foes.

“Part of it is confidence in the ACC. We tend to play with more confidence against nonconference teams, then you get into the ACC and all these teams are ranked, and we don’t play with as much confidence and we start to make mistakes,” Luxbacher said.

While Luxbacher cites confidence as a rationale for in-conference struggles, health also factors in. The Panthers have played four games without senior defenseman Stephane Pierre after he went down with a severe ankle injury against Saint Peter’s on Sept. 6. Freshman defenseman Kyle Brathwaite missed a couple games as well but was back in the lineup for 62 minutes against Syracuse. The Panthers utilized a 4-2-2-2 attack against Syracuse, a different look than the their 4-3-3 formation which led to their earlier offensive success. It’s uncertain whether or not the Panthers will abandon the 4-2-2-2 after the poor showing.

Regardless of the plan, the No. 2 Tar Heels will visit the Panthers Friday night coming off a momentous 2-1 victory over Duke. North Carolina senior midfielder Alex Olofson scored the first goal of the contest in just the fourth minute of the first period on Friday. Overall, North Carolina outshot the Blue Devils 20-10 in the contest.

The Tar Heels’ quick scoring abilities could pose a serious problem for the Panthers, who have allowed five of theiropponents’ 11 goals in the first period.

The Panthers began Friday night’s contest against Syracuse on a stout note before surrendering the match’s first goal in the 36th minute followed by another goal right before halftime.

“We have to regroup for our game Tuesday,” Luxbacher said. “We have to figure out who we’re going to play. Some guys are getting opportunities because of injury, and they have to take advantage of that, guys who we ask to step in have to do their job.”