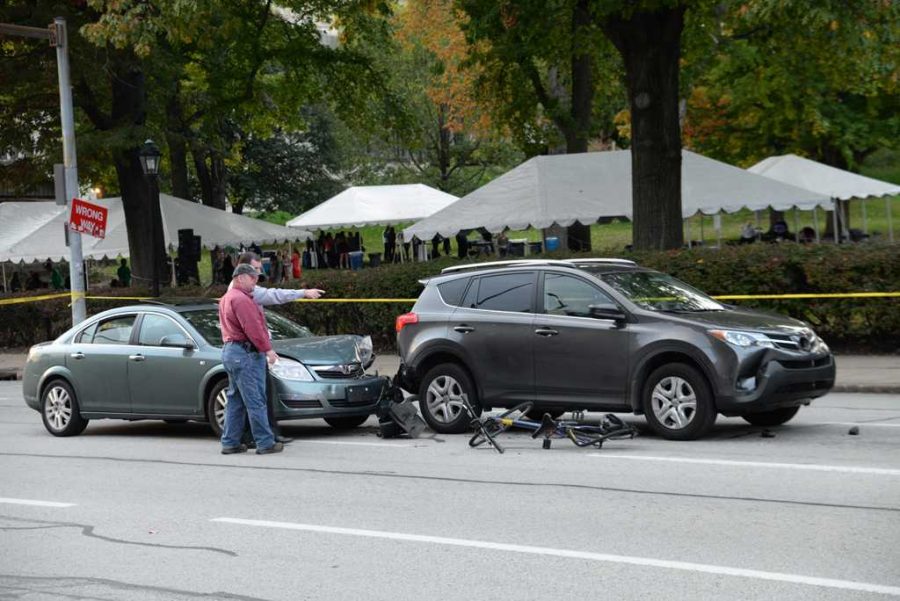 A Pitt administrator in the Center for Russian and Eastern European studies has died after her bicycle was hit by a car near campus Friday evening.

According to police, the incident occurred at the intersection of Forbes Avenue and South Bellefield Avenue, near the Cathedral of Learning and Carnegie Music Hall, shortly before 5:30 p.m. yesterday.

The cyclist, Susan Hicks, was the assistant director for academic affairs for the Center. She was 34.

Heading East on Forbes Avenue toward Squirrel Hill, a chain reaction accident caused Hicks to be stuck between two cars.

After the accident, the male driver of the first car had a medical emergency and both he and Hicks were rushed to UPMC Presbyterian hospital.

According to Michael Glowacki, a supervisor for the Allegheny County medical examiner, Hicks died at UPMC at 5:27 p.m. Friday from blunt force trauma to the abdomen. The medical examiner has ruled the death an accident, Glowacki said.

Toler could not comment on the condition of the other man.

After the incident, police closed down Forbes Avenue near the site for about four hours, Toler said, and reopened the street to traffic around 9:30 p.m.

A vigil is being held in Hicks’ memory Saturday, Oct. 24 at 5 p.m. outside of the Carnegie Music Hall in Oakland.