‘Master of None’ balances comedy with commentary 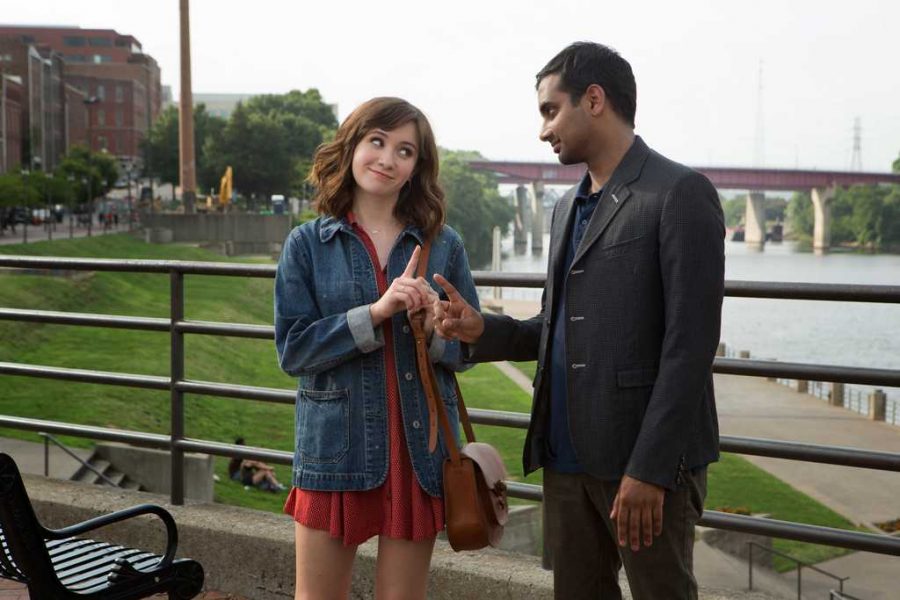 Noel Wells and Aziz Ansari in the Netflix original series "Master of None." (K.C. Bailey/Netflix)

Sometimes a show comes along at the perfect time, making a statement about the world right when the issue is prevalent.

The first season of Netflix’s new show, “Master of None,” not only does that, but it avoids sacrificing any entertainment or artistic value in the process.

The show Aziz Ansari co-created and starred in joins “Fresh off the Boat,” “The Carmichael Show” and “The Unbreakable Kimmy Schmidt” as a member of a great group of freshman comedies to premiere in 2015, with its first season released on Netflix on Nov. 6.

“Master of None,” which Ansari co-created with fellow “Parks and Rec” alumnus Alan Yang — joining the majority of “Parks and Rec” writers behind the new show — centers around Ansari’s character, Dev, a 30-something commercial actor staying afloat in New York City.

In many ways “Master of None” is reminiscent of “Seinfeld.” An observational comedy, the show’s humor comes when the characters are just talking about things they’ve noticed while eating or walking down the streets of New York City. It makes the viewer feel like we’re hanging out with the characters as well, a key to great comedy.

Ansari is at home in his role, masterfully toggling between his trademark goofy expressions and silliness to moments of tenderness and — dare I say it — suaveness.

There are also similarities to “Louie,” such as how it beautifully captures New York City’s quirky atmosphere, and so much of “Master’s” voice comes from its gifted creator.

“Master of None” was one of the best directed comedies I’ve seen this year because of how well it avoids New York City cliches, like notoriously angry drivers, whereas “Louis” delves into them.

It also carries a feeling that any night can turn into something completely unexpected, paralleling Netflix companion “Unbreakable Kimmy Schmidt.” But perhaps the most notable “Louie” resemblance is its ability to tackle issues that its creator cares about.

While the aesthetic alone is notable, what is praiseworthy is the show’s ability to tap into bigger issues than its contemporaries. Instead of exploring the struggle of finding a partner, “Master” asks why it is so hard for minoritiy actors to find work in Ansari’s signature comedic way, without preaching to its audience.

Subtle commentary and scenes replace politicized rants, like a scene in which three Indian characters — Ansari, his fellow small-role character actor-friend and a fitness fanatic — sit silently in a room contemplating why there aren’t more non-stereotypical roles for Indian actors.

Despite the surplus, though, diversity still remains a problem. According to a University of Southern California study, of the top 100 grossing films in 2014, only 26 percent of all characters in action and comedy films were underrepresented racial and/or minority groups, which, the study states, is consistent with 2007-2010 films as well.

The problem isn’t just in Hollywood, either. Just this year, Clarion University cancelled its “Jesus in India” production after playwright Lloyd Suh demanded that the white actors playing south-east Asian roles be recast. Of the five characters in the play, three were Indian, but two of the actors playing them were white. The third was of mixed race but not Asian.

Last year’s broadcast season had four new shows with diverse casts — “Fresh off the Boat,” “Blackish,” “Empire,” “How to get Away with Murder”— that put up fantastic ratings. This year’s new broadcast shows, however, are back to the same old branding, with almost no diversity. Rob Lowe’s new gig “The Grinder,” and “Minority Report” on Fox are almost entirely white casts, as is Josh Peck’s latest comeback attempt alongside John Stamos in “Grandfathered,” as well as “Life in Pieces” and “Limitless” on CBS.

The standing logic has always been that white heterosexual audiences won’t see a show or movie where the characters are predominantly female, minorities, or LGBT, but most data has disproven that. UCLA’s annual Hollywood Diversity Report found that “films with relatively diverse casts were found to excel in terms of box office receipts and return on investment.”

Racism and discrimination have been at the forfronet of our national consciousness in the past year, most recently at the University of Missouri earlier this month, when the football team refused to play until the school’s president resigned after failing to take action against various racial issues. Hollywood’s lacking diversity is seldom mentioned in popular culture, but it is starting to find its language and voice. Director Spike Lee discussed it when he accepted his honorary Academy Award for his career achievement on Saturday night at the Governors Awards in Los Angeles. “This industry is so behind it’s ridiculous,” he said.

Ansari himself wrote an essay about it last week, wondering “if we are trying hard enough” to make Hollywood more diverse. Ansari and Lee are far from the only ones to bemoan the lack of diversity on screen and behind cameras. Cable and streaming services have done better with diversity than their broadcast brethren, due to the fact that their audiences are generally younger and may be more progressive, but, as the USC study suggests, diversity still remains an issue.

A star like Ansari shouldn’t have to create his own show to get to play an interesting character. But this is the case all over TV and film studios,where incredible actresses like Viola Davis, Kerry Washington and Taraji P. Henson are forced to basic broadcast procedurals over feature film and TV programs.

“Master of None” tackles all of these issues with a steady hand, never losing its comedy even when it dives for more pathos. It helps that the cast is full of talented performers, including Eric Wareheim, known for his bizarre sketch comedy “Tim and Eric,” as Dev’s best friend.

Ansari’s real life parents play his parents on the show. His father, in particular, is hysterical with his line reading, but he also shows great dramatic chops in an episode about Dev’s parents’ immigration to the United States.

“Master of None” knows that its mere existence is a victory against the odds. The very nature of its survival and critical acclaim is that of a changing landscape, one that’s eager for programming that looks and sounds like the world we live in, one that’s slowly escaping its past.