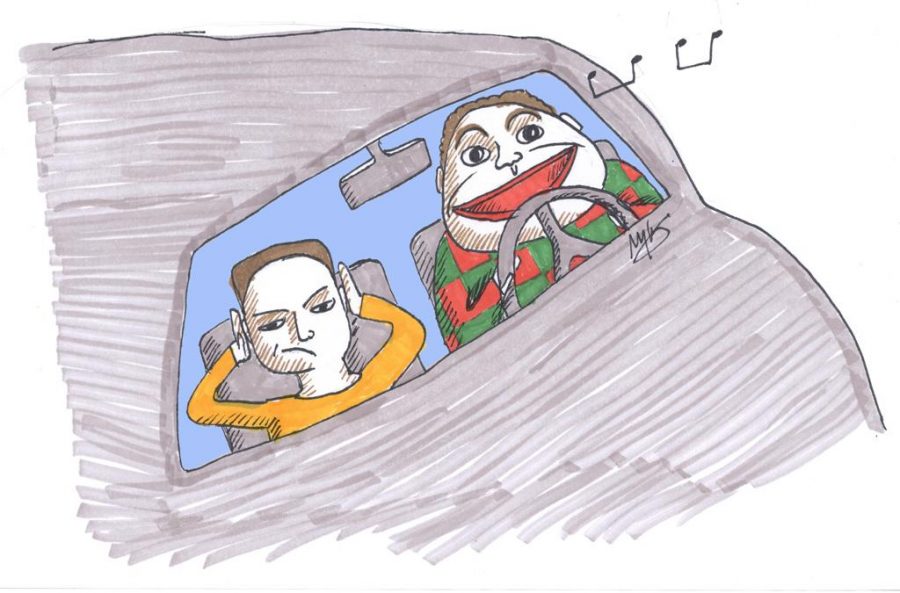 Everywhere from the Macy’s shoe department to the gentleman who sits outside Rite Aid on Forbes with his radio, people are spreading holiday cheer.

Yet, a large section of our generation meets these yuletide carols with groaning and animosity — we humbugs tend to view classic holiday songs as monotonous and tiresome. Radio has exposed us to the musical equivalent of an ugly holiday sweater with “Grandma Got Run Over by a Reindeer,” and our distaste for holiday music only starts there at such a ho-ho-horrible experience.

Instead of festive agony, some holiday songs fill us with nostalgia and a feeling of warmth. While these genres have faded away over the years, we reignite them during the most magical time of the year, keeping their essential legacies alive.

Regardless of your religion, Christmas music gives us a dose of some of the greatest swing and jazz performers otherwise unknown to millennials — providing them with an understanding of the sounds of a different time. Jazz musicians like Frank Sinatra, Ella Fitzgerald, Bing Crosby and Nat King Cole are legends whose timeless crooning has found its way onto nearly every holiday playlist.

Songs like “Baby It’s Cold Outside” by Dean Martin and “White Christmas” by Bing Crosby, both released in the ’50s, invoke the elegance and ease of an era when jazz and swing blossomed. Trust Rolling Stone when it says, “What Jesus is to Christmas, Bing Crosby is to Christmas music.”

Crosby’s cover of songwriter Irving Berlin’s “White Christmas” sold 50 million copies, and went on to inspire later renditions of the song by everyone from the ’70s Irish punk band Stiff Little Fingers to the American boy band New Kids on the Block.

Murray Horwitz of NPR claims, “What saves [Fitzgerald’s Christmas album] from being truly corny is the fact that it swings all the time, and Ella, herself. I mean, she’s just got that great sound. To me, her voice defines what America sounds like.”

There is a minority of jazz musicians in the Rock and Roll Hall of Fame, and jazz performers like Nat King Cole and Louis Armstrong are inductees who not only shaped the genre, but also helped it hit mainstream. Rolling Stone deems both artists’ Christmas albums as the most essential to the season.

Every holiday season, Louis Armstrong’s, also known as “Satchmo,” gravelly vocals embellished with the smooth moaning of his sidekick trumpet reintroduce us to a voice of a generation. He is touted as one of the world’s best jazz improvisers, bringing his gifts to fruition in “Christmas in New Orleans” and “Zat You, Santa Claus?”

Armstrong is an iconic figure in jazz, having paved the way for future genres like rock ’n’ roll.

Nat King Cole, another Rock and Roll Hall of Fame inductee, is also a popular name — not only jazz music but Christmas music, having released an album in 1960, ”The Magic of Christmas,” chock full of his swing renditions of traditional Christmas carols, like “Away in a Manger” and “O Holy Night.”

While we may have gotten an ear sore from listening to Mariah Carey’s “All I Want for Christmas is You” on blast all month, we can’t forget the iconic artists the Christmas season allows us to experience.

So, rather than wallowing in Lil Wayne’s new album this yuletide, go dig through your grandparent’s record collection, find a Billie Holiday or Bing Crosby Christmas album, pour yourself a glass of eggnog and have a “Mele Kalikimaka” with the musical legacies who shaped the sounds of the season.

Marlo Safi primarily writes about public policy and politics for The Pitt News.

Write to her at mes26@pitt.edu