Sports in space: A Pitt professor, physicist weighs in 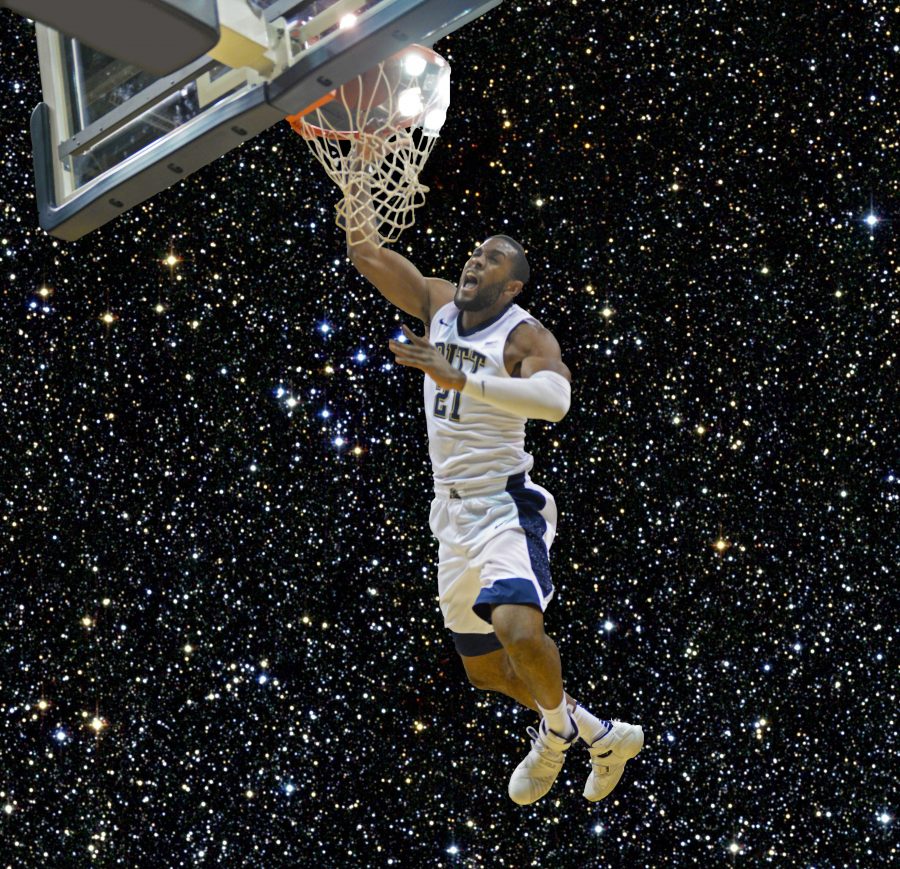 By Ted Zhang / for The Pitt News

What’s the best planet in space to dunk a basketball? What about throwing a javelin?

With a background as an experimental particle physicist, a large part of Tae Min Hong’s job description is theorizing about physics in space — but he can also use that knowledge to speculate about zero-gravity athletics. The Pitt News talked to Dr. Hong, an avid sports fan and assistant professor of physics and astronomy at the University of Pittsburgh, to try and answer questions about how athletics would work in the great unknown.

Hong mused about “solar sailing,” Olympic athletes racing on the moon and other nuances of sports in the final frontier.

The Pitt News: Would injuries heal faster in space?

Tae Min Hong: If the injured athlete is traveling close to the speed of light, then it’d appear slower to the stationary doctor. The phenomenon of the athlete’s clock seemingly ticking slower is described by Einstein’s theory of special relativity. This theory allows amounts of space and time to convert to the other depending on the speed of the moving system. Unfortunately, the athlete’s clock doesn’t slow down in his or her own frame of reference.

Let’s suppose that no one is moving that fast. Then I presume that if the injury is a cut, then bacteria growth shouldn’t be affected very much by the weaker gravitational field. But blood flow is easier, so I presume that the affected area is treated faster.

TMH: I would be tired from driving the spaceship. It’s a long trip.

Let’s consider a floating training center high in altitude. Then endurance athletes like a marathon runner could train in an environment with thinner air. But it wouldn’t be in space or even close to it, since at some point, even fighter pilots wear oxygen masks. Oxygen is less abundant at higher altitude.

TPN: Would someone be able to run faster on the moon?

TMH: Is this like “me on the moon” versus “Usain Bolt on Earth?” I’ll have on all this gear, so I’m going with Bolt in any scenario. Naively, you might expect that the gravitational fields being weaker helps you. But if you had no gear on, your body wouldn’t survive, so are we considering a fantasy scenario?

With a very weak gravitational field, the sport of running would have to change because after the initial push off there would be nothing to pull the athlete back down. So the new sport would be called “push off,” and whoever can do this best would win. Think of astronauts in zero-gravity environments and swimmers pushing off the wall when changing directions.

TPN: What, if anything, would be a driving point to send athletes into space?

TMH: Science awareness and raising money. I bet Shaq would do it.

Almost all sports people play rely on the ability of the athlete to move precisely or react quickly. The lack of a gravitational field would take away the person’s normal sense of knowing which way is “up,” so the athlete’s sense of orientation would be confused.

Space would be difficult, but what about a different planet with a slightly higher gravitational field? Then it could prepare an athlete who wants to jump higher, for instance. It would be similar to jumping while wearing a weight vest.

TPN: What planet would be easiest to dunk a basketball?

TMH: Pluto. For the planet deniers, my reply is tongue-in-cheek because Pluto got demoted in the past decade. It is no longer considered a proper planet but a “dwarf” planet.  In any case, it is the smallest planet with the least mass in our solar system. In combination with its physical size, its gravity on the surface would be the least.

TPN: What sport[s] would you make up in space?

TMH: Solar sailing. Light from the sun imparts a small bit of momentum on the surface of the object it strikes. Since there are no external forces acting on the solar sail, the tiny bit of momentum transfer would cause it to move. It would be similar to the sport of curling, in that the sails move very slowly. But the solar sailor can be good at redirecting sunlight to move faster.

Black hole ball. The winner would be whoever throws a ball closest to a black hole that does not get sucked in. If you throw a ball and it does not come back out, you lose. Black holes exist — there are photos of them by NASA online — and exist in many sizes. So there could be different weight classes of black hole ball. Its weight could as big as 10 billion solar masses.

TPN: What sport would you want to play in space?

TMH: Water polo. The players would have to wear scuba gear in an enclosed aquarium.

TPN: How would you throw a curveball in space?

TMH: Normally, a curveball is thrown with a lot of rotation while it is moving toward the plate.  The curveball generates a difference in pressure zones on each side of the ball with respect to the plane defined by the ball direction and the axis of rotation. This difference causes a net force in the direction of the weaker zone. In space, the lack of an atmosphere would make this difference moot.  So no curveball.

In a fantasy scenario, I would put a piece of really heavy dark matter in the path of the ball. Astrophysicists have observed that a lot of dark matter permeates the universe and imparts gravitational attraction on them, but it is “dark” because we can not see it visually. Particle physicists think it might be as small as an electron. If it happens to be heavy, I can use it for baseball without anyone seeing it.