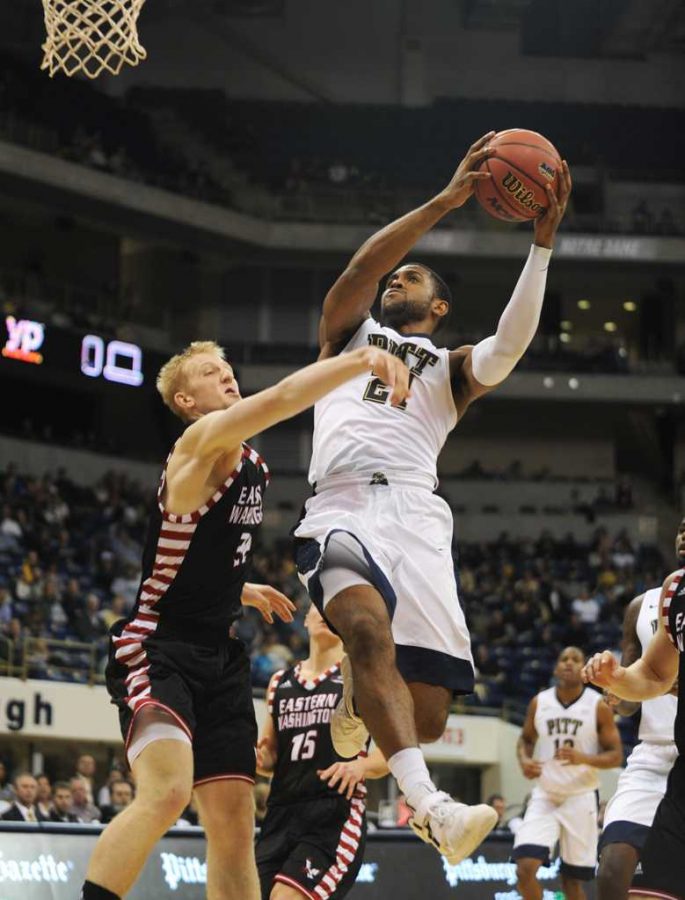 Even after playing 13 games this season, a light non-conference slate and new team contributions have kept the No. 24 Panthers looking like a bit of an enigma. A 34-point win Saturday over the 3-13 Maryland Eastern Shore Hawks — in which no Panther logged more than 24 minutes due to the blowout — didn’t test the team enough to draw major conclusions about it.

Still, headed into 2016 there is enough of a sample size — and with one ACC game already finished — to form a better idea than three months ago when Pitt’s team featured eight new faces, then unfamiliar to fans.

Here is a bit of what we know about Pitt men’s basketball heading into conference play.

1. Jamie Dixon is finding his rotation

When Pitt faced subpar opposition early in the season, head coach Jamie Dixon had the luxury of testing out his new players to find favorable rotations. But with stiffer competition coming up, Dixon has begun to shorten his bench and settle into a mix that works with the composition of the team.

In Pitt’s two toughest contests, against Purdue and Syracuse, forwards Jamel Artis and Michael Young each logged at least 32 minutes. James Robinson led Pitt with 36 minutes against Purdue and only played less against Syracuse due to early foul trouble.

At center, Dixon still rotates a few guys in for limited spurts. Rafael Maia averages 13.7 minutes per game, and Alonzo Nelson-Ododa averages 11.7. With 11 players still getting at least 10 minutes per game, look for Dixon to shorten that rotation moving forward and lean more on bench players like Sheldon Jeter and Chris Jones.

As the team’s starting shooting guard, Smith finds most of his attempts from behind the 3-point arc. After a 3-5 effort against Maryland Eastern Shore, he is knocking down 46 percent of those shots this season, fifth in the ACC.

“This team is a very good 3-point shooting team, and obviously we rely a lot on it,” Smith said.

Smith has also taken the most attempts on the team so far, as his 48 long range shots are just three more than the next Panther, Robinson. As a whole, the Panthers are shooting 36 percent from deep, seventh in the ACC.

The stats seem to think so, at least. Pitt’s 85 points per game is 16th best in the country, and its 78.6 percent free throw clip leads the NCAA. According to KenPom, a basketball analytics site, Pitt has the nation’s 14th most efficient offense.

“[Our free-throw shooting] was amazing,” Dixon said following the Syracuse win. “It stands out when you miss one. Down the stretch when we need them, we seem to really make the free throws, and we seem to attack the zone when we want to.”

Pitt has already topped 100 points in a game this season for the first time since 2007. Dixon’s Pitt squads of the past used to grind games out and win close battles, with both teams often scoring in the 50s. Now, he has tailored his team to the ACC’s style of fast-paced, transition basketball while still maintaining a focus on team assists — Pitt is fourth in the country with 20 assists per game.

Smith said the ability to score from any position keeps the offense flowing.

“We have a three- or four-man big man rotation, where anybody can score,” Smith said. “We just try to work our way inside and out if the shot’s not falling.”

4. This is Michael Young’s team

Last year, the bright spot in a down season was Artis’ breakout performance. This year, Young has taken control of the team —  though Artis is still as dominant as ever, as his near-triple double against Syracuse would attest.

But with a couple new centers enabling Young to slide back to his more natural power forward position, he has simply overpowered the competition to this point.

Young’s 16.9 points and 7.4 rebounds per game lead the Panthers, and his 60 percent shooting rate ranks fifth in the ACC.

“I just try to start games with defense and rebounding first and then let my offense come,” Young said following a Dec. 20, win over Davidson College in which he scored 22 points.

5. The offense goes deeper than Young

In addition to Young, Artis and Robinson, the four-player list of offensive focal points includes Jeter, who comes off the bench. Though Dixon was quick to point out after the Syracuse win that the role of “bench player” is only in name and not by contribution.

“Sheldon, who is not really a bench guy, did well,” Dixon said. “I look at Sheldon as one of our four guys. When he comes in, we run plays for him.”

Each also brings experience to a veteran Pitt team. Robinson is a senior, and the other three are juniors.

Those four are Pitt’s leading scorers, ranging from Young’s 16.9 points per game to Jeter’s 8.2. Jeter is also second on the team with 5.8 rebounds per game, and Dixon said that versatility keeps him in close games late.