Ellen Degeneres puts a human touch on the Oscars 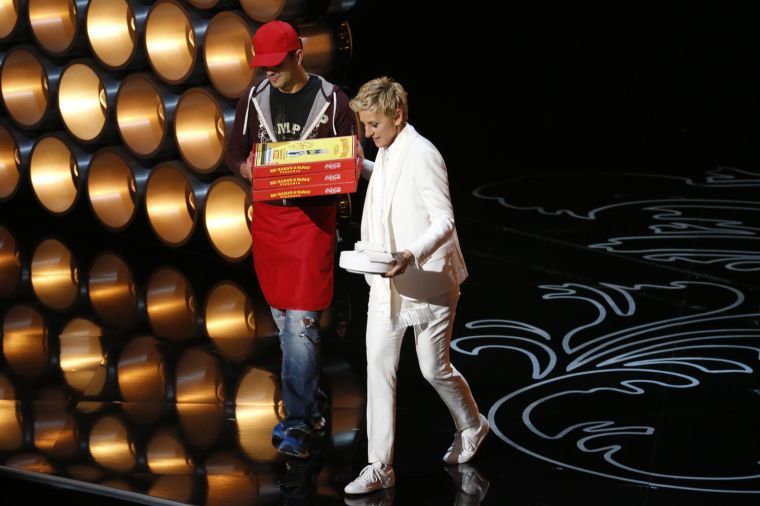 By Britnee Meiser / For The Pitt News

Expectations for Ellen DeGeneres as the host of last Sunday’s Academy Awards were high enough even before the event began. Of course, after Seth MacFarlane’s jokes about overweight celebrities, domestic violence and racial slurs and a melody titled “We Saw Your Boobs” during last year’s show, how could they not be?

But not only did DeGeneres meet viewers’ anticipations — she stole the show. DeGeneres took command of the job with bits that were both entertaining and unexpected without running the risk of offending the audience — something that clearly was not a priority during last year’s awards.

DeGeneres is someone that young people can look up to, sure, but she is also someone to whom we can relate: She’s funny, she’s easy-going and she does well to keep up with the times.

For starters, it is widely known that DeGeneres is a woman who is not afraid to break the mold. She lived up to her status right away by taking the stage in a custom-made Saint Laurent tuxedo, rather than wearing a gown like most other women in attendance. This is something we in Generation Y should be used to, since we hardly abide by our parents’ gender roles. It was a refreshing sight at the esteemed award show. DeGeneres had three more outfit changes, all but one — a fairy costume  — being Saint Laurent tuxes.

Another of DeGeneres’ hosting bits, utilizing social media and the art of the “selfie,” was certainly relatable for a younger crowd. DeGeneres often roamed the aisles and whipped out her phone during hosting to update her Twitter account or take a picture with a star.

According to CBS News, DeGeneres, who has 27.3 million followers on Twitter, actually crashed the site after asking viewers to retweet a selfie she took with nominees including Bradley Cooper, Jennifer Lawrence and Lupita Nyong’o, among others. This picture also broke the record  — previously held by Michelle Obama — for most retweeted tweet.

While DeGeneres spent the majority of her time hosting and chatting with stars in the aisles, viewers got to see just how laid-back she really is. She treated the stars like they were her friends (although, some of them probably were), reminding viewers of something that the Academy Awards so often makes us forget: These celebrities are real people with real feelings, families and ambitions. It certainly served as a reminder to young people everywhere that our goals are attainable if only we work for them.

Perhaps the greatest moment of the night — and the thing that really made DeGeneres the best host ever in the eyes of many young people — was her emergence onstage with the pizza delivery boy and three large boxes of pizza. Watching celebrities in designer attire eat fatty pizza off paper plates (which Brad Pitt passed out, by the way) was such a cool moment that brought the entire aura of Oscars extravagance down to Earth.

Best of all, DeGeneres never forgot to be thankful for the opportunity to host. She shared her appreciation in a selfie on Twitter with the caption “#Oscars #Blessed.”

While her jokes might not have had the ring of “We Saw Your Boobs,” it was nice to see DeGeneres make the Oscars a bit more relatable.