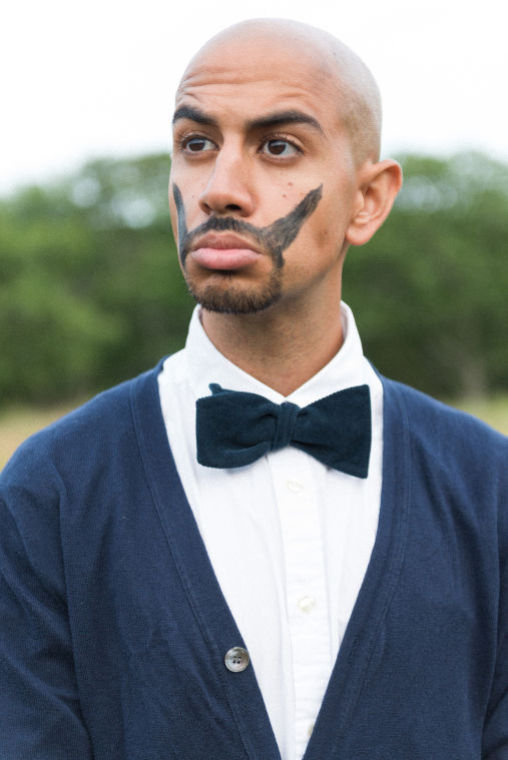 The world of performance is rife with multitalented figures who seem to constantly flip back and forth between multiple roles as actor, musician, artist, writer and back again. Still, perhaps no acting troupe employs the fluidity of showmanship quite like the Carnegie Mellon graduates who make up PigPen Theatre Co., a seven-piece ensemble that makes use of everything from shadow puppets to film to indie-folk in pursuit of compelling storytelling.

For a layman, this eclectic mix might sound a little overwhelming, but to PigPen Theatre member Arya Shahi — who spoke to The Pitt News while the group was at South by Southwest earlier this month — it’s this constant blending of styles that keeps the group engaged.

“We made a commitment to pursue the projects that would keep the seven of us together,” Shahi said.

The group originally met as freshmen in 2007. Since then, they’ve graduated from Carnegie Mellon’s theater program, relocated to New York City and have been traveling across the country, putting together plays, short films, shadow-puppet shows and anything else that strikes their fancy.

The project that took them to South by Southwest this year — and will bring them back to Pittsburgh for a performance at Mr. Small’s Theatre on April 1 — is actually fairly straightforward. They’re touring not as a theater troupe, but as a folk band, playing tracks from their critically acclaimed 2012 release Bremen and their newest EP “The Way I’m Running.” The touching harmonies on both releases are often favorably compared to the work of indie-folk icons such as Fleet Foxes not only by critics, but also by the band itself.

The group’s love of folk music has been integral to its success since the beginning. “When we all found each other in college, we just discovered a lot of shared interests, animation being one, theater being the other, and this third one was folk music,” said Shahi.

The band found that the simple and accessible style of the genre makes it a great accompaniment for its plays, but on Bremen, the band was able to make an album that was more like a collection of short stories than part of a larger tale.

“The songs are in the plays to drive the momentum of the show … in concert, each of our songs are kind of a journey,” Shahi said, noting that the experience has led to a much more free-form writing experience. “When you’re writing as a songwriter, you get to express whatever’s bouncing around in your head.”

As much fun as transforming into a band has been for Shahi and company, they haven’t lost their desire to keep things eclectic. For their next big project, PigPen Theatre Co. is taking to telling stories on the page instead of the stage. The group hopes to publish its first children’s book, a decision made “because so much of what we’ve done is influenced by children’s literature,” Shahi said.

Shahi is keeping mum about the project, only saying, “It’s an idea that we had about four years ago, and it was just too big for the stage.”

Considering that the group first turned to using animation and shadow puppetry because of the incredible magnitude of the stories they hoped to tell, that’s saying something.

None of this would’ve been possible, Shahi said, without the supportive influence of Pittsburgh’s art scene and strange, even mystifying landscape.

“Each time we were writing we would drive around and visit different locations [in the city],” Shahi said. “That’s when we started realizing that we had to take a step outside of our ecosystem as artists.”