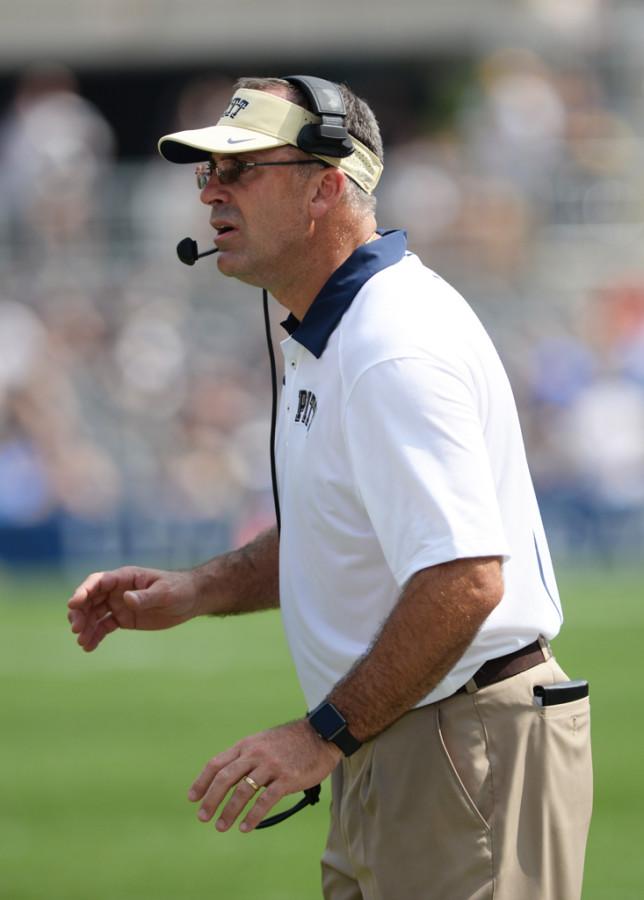 The Atlantic Coastal Conference announced finalized schedules for Pitt and other ACC schools for the 2016 football season on Tuesday afternoon.

The Panthers will face eight teams that made bowl games and four that won 10 or more games as part of their 12-game schedule.

Pitt head coach Pat Narduzzi is excited by the caliber of opponents on the 2016 slate.

“As a competitor, you want to be challenged by playing the best,” Narduzzi said in a press release. “Our 2016 opponents will certainly present us with that opportunity. Whether you are a Pitt player, coach or fan, you can’t help but be fired up when looking at this schedule. It definitely provides our team with a ton of focus and motivation as we prepare for the upcoming fall.”

Pitt will open its season Sept. 3 at home against Villanova, then follow that the next week with the highly-anticipated Sept. 10 matchup against Penn State at Heinz Field.

The Panthers then go on two-game road stretch, taking on Oklahoma State on Sept. 17 and North Carolina on Sept. 24.

They then return home for the following two weeks, with a non-conference game against Marshall on Oct. 1 and Georgia Tech on Oct. 8.

Pitt Athletic Director Scott Barnes is pleased with the amount of home games Pitt will play early in the year.

“Our 2016 schedule has a great mix of traditional rivalries and compelling new opponents,” Barnes said in a press release. “We’re pleased that we get to play four of our first six games at home before mid-October. It is really going to be a fun fall at Heinz Field this year.”

After those two contests, Pitt will go back on the road, traveling to Virginia on Oct. 22. Its first bye week of the season will follow that trip to Charlottesville.

The team then has its only non-Saturday game of the year, when it takes on Virginia Tech on Oct. 27 in Pittsburgh for a nationally televised game on ESPN.

Following that weekday game, the Panthers will face a tough pair of road games, traveling to Miami on Nov. 5 and then Clemson, the defending ACC champions, on Nov. 12.

The Panthers round out the season with back-to-back home games against Duke on Nov. 19 and then a Thanksgiving weekend matchup against Syracuse on Nov. 26.

Barnes said that the school has been looking forward to the 2016 slate of games even before it was announced today.

“Even prior to today’s schedule announcement, we’ve had tremendous activity in our ticket office in anticipation of the 2016 season,” Barnes said in the release. “Fans are energized by what is happening with Pitt football under Coach Narduzzi’s leadership. We’re very encouraged by the response from not only our current season-ticket holders but also the new interest we’ve received.”

The conference has not announced any game times.