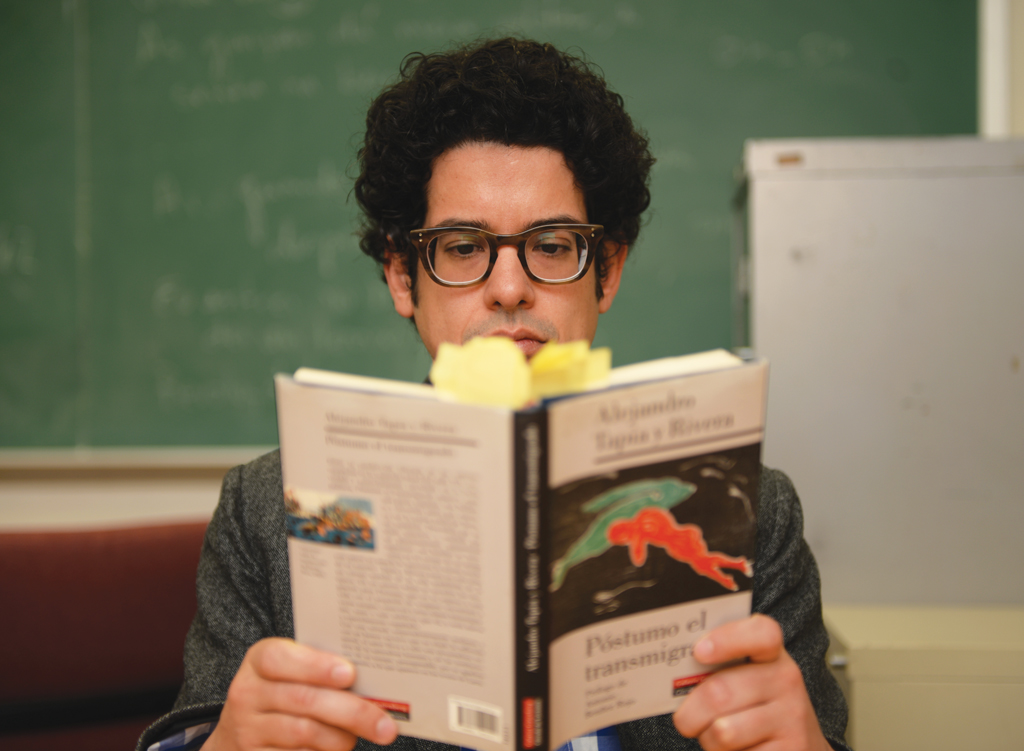 Self-proclaimed city person Kahlil Chaar-Perez has taken many pit stops on his route to Pittsburgh. He wants to find a settling point for his academic career, even if it’s not the Steel City.

Geographically, he has wandered from his hometown of San Juan, Puerto Rico, to major U.S. cities such as Chicago and New York. Now, his academic pursuits have turned from psychology to Hispanic literature.

His work with Hispanic literature brought him to Pittsburgh, which marked the beginning of his post-doctoral fellowship with the University of Pittsburgh and the Department of Hispanic Languages and Literatures. His future in academia is still unclear after he finishes his post-doctoral program, especially with Pitt.

The two-year post-doctoral fellowship program requires Chaar-Perez to teach one class per semester while conducting research. This semester, he teaches an advanced-level course about Hispanic literature, most notably the literature of Cuba and Puerto Rico, in Spanish to Spanish majors and minors.

“The class aims to link history with literature and culture in general,” Chaar-Perez said. “It’s an interesting challenge, but I’ve really enjoyed it.”

Among other academic learning experiences, Chaar-Perez’s journey matched him against pre-calculus in his first semester at the University of Puerto Rico.

“I took pre-calculus, and I immediately decided this is not my thing,” he said.

He originally planned on being a pre-med student, but that dream only floated for one semester.

By the next semester, Chaar-Perez began to pursue something closer to his heart: literature.

His activities outside of school influenced his change.

“I was involved with different literary groups, and a lot of my friends were writers and poets,” he said. “That made me want to know more about literary culture and what it means. I just got fascinated by the power of imagination.”

“From there, it is a meandering story of back-and-forth and self-questioning,” Chaar-Perez said.

Originally, he planned to study comparative literature at the University of Chicago. At the time, he was not particularly interested in delving into Hispanic literature and solely focusing on cultures that were already familiar to him.

He wrote his B.A. thesis on Walt Whitman and “Leaves of Grass” because he said he was particularly interested in studying French classics and 19th century American literature.

His plans changed once more, and he slowly began returning to his roots.

He credits conversations and dialogue, as well as the culture shock involved with the migrant experience, as major influences in his refocus toward Latin America and Puerto Rico, specifically. 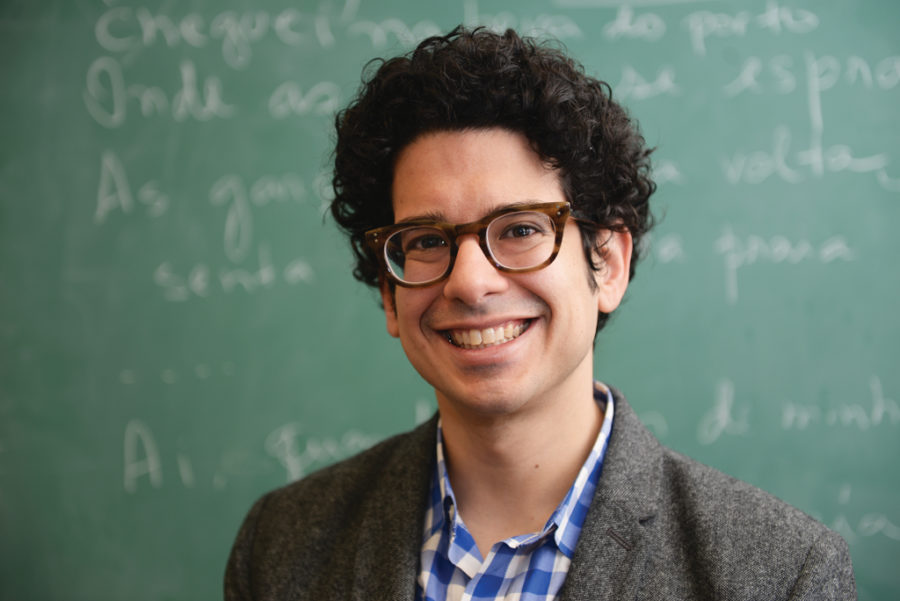 With the change in studies came a change in scenery. After switching programs, Chaar-Perez moved to New York City, where he lived for nine years and continued his study of Hispanic literature.

Only a layover at Harvard, where he studied and earned his Ph.D., delayed his route to Pittsburgh.

As a newcomer to Pittsburgh, Chaar-Perez said he wants to acclimate to the city to escape academia, especially in groups like those before that influenced his studies of literature.

“I am an outgoing person, and, for me, it is very important to balance my work with leisure, and, more importantly, artistic leisure,” he said. “Academia really sucks you in. It is really hard to create free time to connect with the outside world. It is easy to feel disconnected.”

Chaar-Perez has felt more than just disconnect about his profession in academia.

“My position is not a stable position. In another year, my contract is supposed to be renewed. But, the question is, what happens after that?” he said.

Chaar-Perez knows there are limitations in the academic job market, especially in terms of location.

“Will I be successful? Will I only be able to find a job in a small town in the middle of nowhere?” he said. “I’m a city person.”

Despite his anxieties, his motivation to continue pursuing his studies stems from his great love for literature, a love that bumped him off the pre-med track after only one semester of school.

“My love for literature is one thing that will always drive what I’m doing,” he said. “Sharing my work is really great. Being able to give talks and teach, it is something that is very energizing, especially in a public setting.”