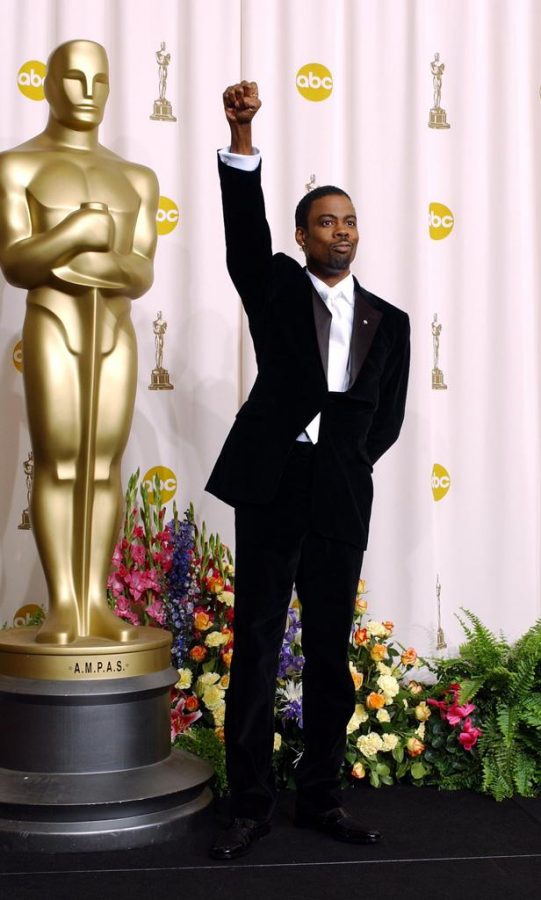 Industry professionals started the ceremony’s first boycott over the #OscarsSoWhite controversy — which host Chris Rock returned to again and again throughout the night. The academy also nominated a woman for adapting her own screenplay for the first time — Emma Donoghue, for “Room” — and introduced a “thank-you scroll” at the bottom of the screen to wrangle speeches to under 45 seconds.

Leonardo DiCaprio even won his first Oscar, beating out heavyweights Michael Fassbender and Eddie Redmayne to finally capture the prize that has eluded the four-time nominee.  Hardly a surprise, Leo’s Oscar was only a matter of time.

What was even less surprising was host Chris Rock’s barrage of jokes about Hollywood’s “sorority” brand of racism.

Rock took the Oscars stage for the second time — the first was in 2005, when he became the first black man to host solo — and immediately addressed the #OscarsSoWhite elephant in the room. Dubbing it the “White People’s Choice Awards” in his opening monologue, Rock said he thought about boycotting, but knew the show would go on regardless — and he didn’t want to lose the job to Kevin Hart.

Tonally, this was a brilliant move on the academy’s part. We all expected Rock to discuss the lack of diversity among this year’s nominees — dropping one-liners like “and we’re black” after commercial breaks — but his response addressed a wider issue of hardships for African Americans in history.

“This whole no black nominees thing has happened at least 71 other times,” he said. “I’m sure there were no black nominees in … ’62 or ’63, and black people did not protest. Why? Because we had real things to protest at the time, you know? We’re too busy being raped and lynched to care about who won best cinematographer.”

He went on to call out those boycotting, including Jada Pinkett-Smith. “Jada boycotting the Oscars is like me boycotting Rihanna’s panties. I wasn’t invited,” he said.

Racism in Hollywood — not “burning-cross” racism, more like “You’re not a Kappa” racism, in Rock’s words — gave the night its theme and politically charged comedic relief.

Not all of Rock’s jokes landed though. One bizarre instance was Rock’s introduction of black actress Stacey Dash as head of the new “Minority Outreach Program.”

Dash recently spoke out against Black History Month and said the BET channel should be abolished. When she walked out on stage, perky and slightly self-deprecating, wishing viewers a “Happy Black History Month,” it was awkward. No one clapped.

Another, in which Rock introduced three Asian children onstage as bankers from PricewaterhouseCoopers — the professional services firm that supplies the official briefcases that carry the Academy Award ballots — threatened to undermine Rock’s entire diversity shtick. In a night decidedly made to talk openly about white and black actor equality in Hollywood, the joke came at a separate race’s expense, sparking outcry on Twitter that African Americans aren’t the only ones that face discrimination in Hollywood.

While the joke took a shot at Asians, a recent Washington Post article shows that Hispanics are twice as underrepresented in the Oscars as black actors.

Those two moments aside, Rock’s performance was overall powerful, with one notably sweet stunt that brought Girl Scouts into the audience to sell cookies. Although she wasn’t nominated this year,  Google searching Charlize Theron’s reaction returns a look of blissful happiness.  A while later, Rock revealed the audience raised a whopping $65,243.

The host effectively overshadowed the awards themselves, stealing the show from the night’s biggest winners, Tom McCarthy’s “Spotlight” and Alejandro G. Inarritu’s “The Revenant,” from the minute he walked on stage.

“Spotlight,” a film that was overlooked at the Screen Actors Guild and Golden Globe awards, took home the Oscar for Best Picture and Best Original Screenplay. “The Revenant” scored three wins for Best Director — Inarritu’s second in a row following last year’s “Birdman” — Best Actor (DiCaprio) and Achievement in Cinematography.

While everyone is happy for DiCaprio, the many newcomers’ sweep in the actress categories is just as praiseworthy. Brie Larson won Best Actress for her phenomenal performance in “Room,” while Alicia Vikander took home the little gold man for her Supporting Actress work in “The Danish Girl.” Veteran actor and first-time nominee Mark Rylance also won Best Supporting Actor for his performance as a Russian spy in Steven Spielberg’s “Bridge of Spies” over the favored Sylvester Stalone in “Creed.”

Meanwhile, George Miller’s dystopian reboot “Mad Max: Fury Road” dominated the technical awards, to some surprise. The film won six awards — the most of the night — including Best Costume Design, Production Design and Hair and Makeup. “Mad Max: Fury Road” was the best critically reviewed film of 2016, scoring a 98 percent on Rotten Tomatoes.

But Rock made the night less about celebration than about teaching a lesson — over and over again. As midnight rolled around, the ceremony’s end credits scrolled to Public Enemy’s “Fight the Power,” concluding the racially charged ceremony, but kicking off a hopeful new beginning for a more diverse Hollywood.