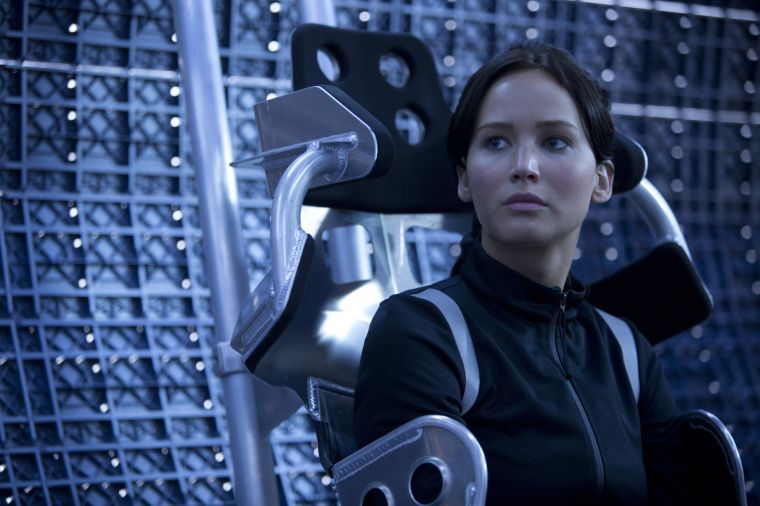 By Britnee Meiser / For The Pitt News

The young-adult film “Vampire Academy” was released in theaters just last week, but hype surrounding the project has been circulating pop culture forums and social media websites since production began. Anticipation for the potential blockbuster, however, had little to do with the premise of the picture, itself, and very much to do with the bestselling young-adult book series on which it is based.

This is a growing trend in Hollywood. “Vampire Academy” is just the first of many popular young-adult novel-to-film adaptations set to appear on the big screen this year. While some seem likely to match the success of their paperbound predecessors, it is apparent that not all will be as successful — or even worth seeing, for that matter — as the likes of “The Hunger Games.”

One of the first of such films to debut this year will be the adaptation of “Divergent” by Veronica Roth. “Divergent” is a dystopian novel some critics compare to “The Hunger Games.” The concept alone is enough to grab anyone’s attention, so it makes sense that Summit Entertainment decided to produce the film before the final book in the trilogy was even finished.

The biggest issue with the film is the actress portraying the narrator, Tris: Shailene Woodley (“The Descendants”). Tris is supposed to be small, pale and surprisingly strong, and Shailene Woodley’s portrayal of her conveys none of this — in the trailer, she just looks tired.

In addition, two of Woodley’s co-stars, Ansel Elgort (“Carrie”) and Miles Teller (“That Awkward Moment”), cast as Tris’ brother and enemy, respectively, have played or will play her love interests in other novel adaptations — which will definitely weird out viewers. Ultimately, Woodley’s performance will make or break this film, which opens in theaters March 21.

This is a big year for Woodley, who will not only portray dystopian heroine Tris, but also cancer-stricken Hazel Grace Lancaster in the upcoming adaptation of John Green’s bestseller “The Fault in Our Stars,” in theaters June 6. This is a role for which she is much better suited, and not just because she is supposed to look tired here. Woodley carries out Hazel’s witty one-liners with ease in the trailer, and her on-screen chemistry with Elgort, who plays Hazel’s love interest Augustus, is palpable even in the mere two minutes we see them together in the trailer.

Directed by Josh Boone (“Stuck in Love”), “The Fault in Our Stars” was filmed in downtown Pittsburgh last fall — a reason for Pitt students to see it if for no other. John Green himself was very involved in the entire filming process, assuring fans every step of the way of its validity in comparison to the book. If the film is even half as moving as the novel, though, it will be worth seeing.

Attempting to cast an adapted screenplay is no easy task, surely, but the general rule of not casting celebrities who cannot act should be a no-brainer. The casting directors of the adapted film “The Giver,” out Aug. 15, got this mostly right, bringing on big names such as Meryl Streep and Jeff Bridges, but they made one detrimental mistake: Taylor Swift.

Those who remember her last stint on the big screen in the celeb-filled romantic comedy “Valentine’s Day” should also remember how painful it was to watch, and that was not nearly as serious a role as the character of Rosemary, the Giver’s daughter, whom she will play here. Taylor Swift is a singer, not an actress, and that will surely overshadow her performance in this otherwise promising adaptation.

Another questionable casting decision comes in the form of Chloe Grace Moretz (“Carrie”) in R.J. Cutler’s Aug. 22 adaptation of Gayle Forman’s tearjerker “If I Stay.”

Unlike Swift, Moretz can act, but so far audiences have only seen her in action, comedy and horror films, so her portrayal of the spirit of a fatally wounded musician, Mia, will be an interesting first. The novel is problematic for adaptation, as well, because it relies heavily on flashbacks and interior monologue to get its point across.

Lastly — but definitely not when it comes to anticipation — is “The Hunger Games: Mockingjay — Part 1.” An exceptional amount of buzz has surrounded this film, which is still in production, due to the late Philip Seymour Hoffman’s involvement as the character Plutarch Heavensbee. An executive from Lionsgate stated that his passing will not affect the film.

In other words, fans of both the movies and the trilogy can still expect the excellence they experienced in the first two films. The only bad thing about “Part 1” is how long we still have to wait for its release on Nov. 21.