The meaning of life: math and literature collide in new play 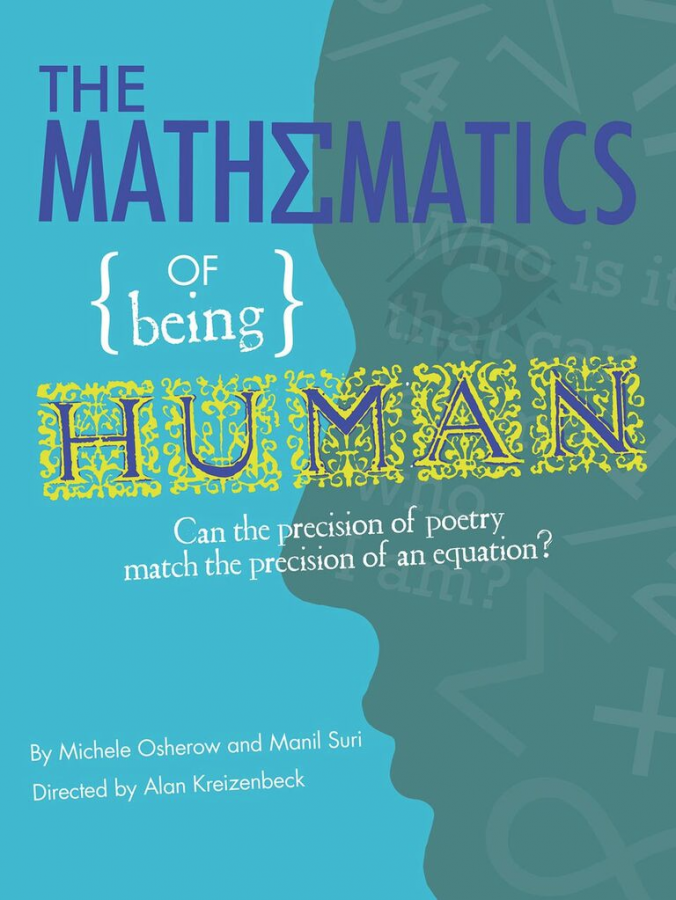 Turns out “The Hitchhiker’s Guide to the Galaxy” might have been on to something.

While the meaning of life might not in fact be the number 42, a new play at the Henry Heymann Theater suggests literature scholars and math nerds can learn a lot from each other.

“The Mathematics of Being Human” is a one-act play sponsored by the University’s Year of the Humanities. In the spirit of the play’s and the Year of Humanities’ call for interdisciplinary teaching, six departments co-sponsored the play: English, statistics, computer science, mathematics, theatre arts and the University Honors College.

“The Mathematics of Being Human” features both Pitt students and local actors and revolves around a class an English professor and a mathematician co-teach as part of a university’s goal to promote interdisciplinary thought — in this case, English and math.

The play’s inspiration isn’t too far from reality.

Mathematician and novelist Manil Suri originally co-wrote the play along with Michele Osherow, an English professor and Shakespeare biblical studies expert. Both teach at the University of Maryland, Baltimore County, where the duo co-taught a class titled “Mathematics and What It Means to be Human.”

The play itself features a minimalist set, with only a rough-wood desk, a few chairs and scattered books — the building blocks of a classroom. Subjects thought to be exclusive from each other are thrust together on stage — mysticism and mathematics, geometry and poetry, randomness and rhythm. These subjects overlap within famous literary works like Alice in Wonderland and King Lear.

Adam VanGorder, a senior chemical engineering major, plays Burt, a student who leans toward neither math nor English at the play’s beginning.

For VanGorder, the play’s call for a well-rounded college experience is immensely important.

“I have always loved the sciences, but a significant part of me has been involved with music and performance for all of my life as well,” he said. “If you continue to pursue both, you can use aspects of each [discipline] to help your learning and understanding in the other.”

He views a lack of crossover between subjects and disciplines to be an ultimate hindrance on learning as a whole.

“I personally feel that too many students in this day and age become pigeonholed in their respective career path and lose their well-roundedness, and I view that as a failure of society,” VanGorder said.

Hayley Ulmer, a sophomore theater and communications major who attended the play’s Pitt premiere, said the play presents fields like math, STEM and humanities with a fundamental connection.

“They’re all about an exploration of truth and I think, especially in a university setting, it’s helpful because we’re always taught them separately but there is a benefit to teaching them together,” Ulmer said.

Rachel Lipton, also a sophomore theater major, agreed with Ulmer, explaining that the play reflects the kind of teaching liberal arts schools should strive to resemble.

“Especially because Pitt is a liberal arts school … we shouldn’t totally be focused on just one thing,” she said. “The play combines the two departments or schools of thought or whatever kind of contributes to the personality of the University.”