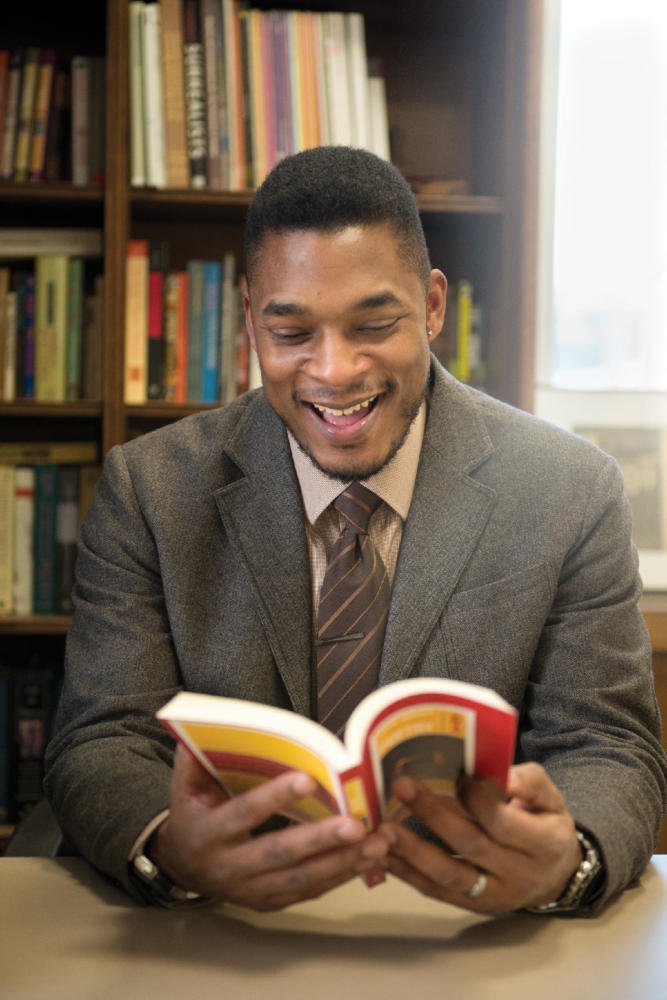 Terrance Hayes’ second most recent book, 2010’s “Lighthead,” may have won both a National Book Award and a MacArthur Fellowship — known informally as the “genius grant” — but the effects of his rising profile, as he describes them, have been far from validating. The poet and English professor has experimented with form and language since his first volume of poetry, “Muscular Music,” which was released in 1999. His work ranges from a series of more than 100 “anagram poems” to variations on a Japanese presentation style called PechaKucha. Meanwhile, one of his best-known poems is a sonnet that repeats the same line (“We sliced the watermelon into smiles”) 14 times. Hayes’ most recent collection, “How to Be Drawn,” debuted this month.

The Pitt News: Do you find it easier to teach and write now that you’ve been bestowed with such respect and approval?

Terrance Hayes: It’s been just the opposite. The page is always empty before you start, and I like that. I think I work better with a degree of uncertainty. Even when I’m doing big readings, I always try to read something new because otherwise, there’s a kind of comfort which I don’t actually think is good for being creative or pushing yourself. So, having won these awards, the pressure is that people expect me to be knowledgeable, when I actually really value not knowing. I value uncertainty and anxiety and questioning, so it’s actually quite difficult for me, being seen as an authority. The problem with any kind of teaching is that it suggests that you’re the authority, that your way is the only way. But there are so many ways to be right in art. There are maybe more ways to be wrong, but there are still a lot of ways to be right.

TPN: What about the obligation to write? Do you feel the need to increase your creative output?

TH: Well, even when I’m not writing, I’m writing.

TPN: What does that mean?

TH: It’s the difference between practice and play. Which is to say, I don’t feel like I’ve finished a poem since last summer, but I still write every day. There’s a poem I was working on for five years, which I stopped writing last summer, and it’s about 244 pages long. And it’s a bad poem, which is why I stopped it. But now that people are watching, and there’s all this pressure, I feel like I should go back to it. I feel like I should come to terms with all the failed things that I’ve made.

TPN: You’ve used some really unusual techniques and forms. It seems academic, but at the same time very playful. Is that something you’re going for?

TH: OK, so, my third book was called “Wind in a Box,” and I’ve always liked that image, because that’s what poetry is to me — where the box is kind of like the form. And the thing that I always say to other poets about form is this: breakdancing is cool. Seeing someone do a backflip or a headspin is cool. But seeing someone do it in a straitjacket is even cooler. But that’s poetry. It absorbs everything. If it just sounds academic, or if it just sounds street, it’s not needed. Poetry is useful when it tries to absorb, reflect, imitate and emulate everything around it.