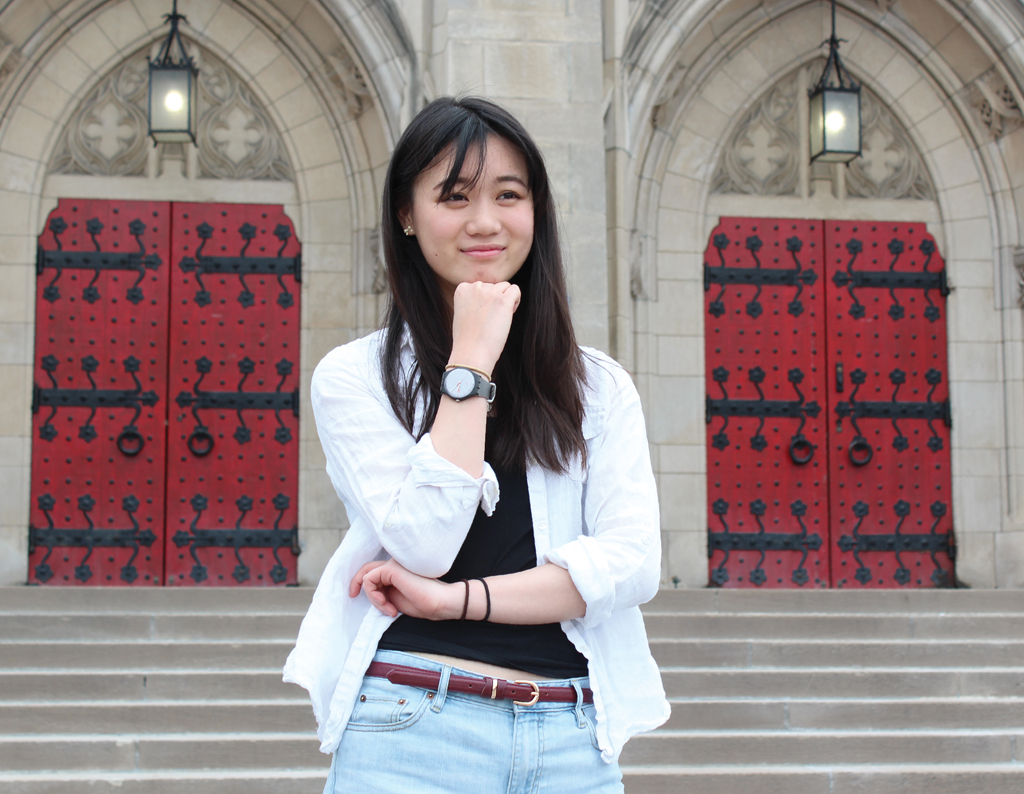 When the director of Pitt’s production of “Avenue Q” offered Hsuan Chang the only Asian role in the show, her friends rolled their eyes. But Chang saw it differently.

As her first stage performance, Chang took the part of Christmas Eve, a high-achieving therapist with a thick Japanese accent. Chang studies business, psychology and theatre arts at Pitt now, but comes from Taiwan, where a pressure-fueled education system chiseled her own prism on how culture affects young people.

“I personally didn’t know if I was actually being a clown,” Chang said. “There’s two kinds of entertaining. One is to make people laugh not because they’re happy, but because they think you’re ridiculous.”

Chang decided to emphasize the “sincere” side of her character, who held two master’s degrees, which she realized was not typical of her own experience as an Asian woman. 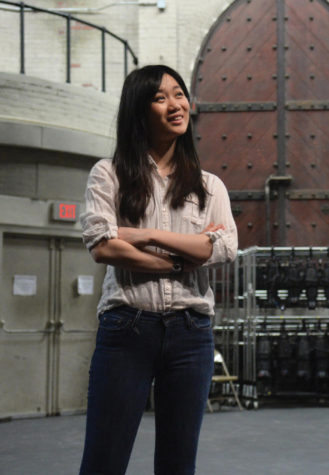 “The way I grew up, girls are considered to just get a mediocre job and stay at home and get married to someone nice,” Chang said. “My character actually abandoned all of that and came to America to work as a therapist.”

Chang went to a multicultural, public elementary school in Taiwan, where many of her classmates were the children of international ambassadors and business people.

After sixth grade, her parents, who she talks about frequently, decided she could handle one of the more traditional schools in Taipei.

“I had the first culture shock there,” Chang said, explaining how students are ranked after every test, beginning in first grade, and attend school from 7:15 a.m. until around 5 p.m. Sometimes they stay until 9 p.m. or later for extra studying and tutoring.

When she emphatically said “it’s crazy back there” — twice — she meant it. Chang described middle and high school as a “system” that she never quite fit into, which used older girls to model hard work ethic and modest behavior.

“The alumni will call back and say, ‘I see these little girls from this school were kissing guys,’” Chang said. “If you’re ever seen showing public affection to a guy on the street wearing your uniform, you put shame on your school.”

“It’s not fair, right?” she said, wondering why school administration never taught girls to build their inner confidence, but, instead, encouraged them to be “good girls that the teacher liked.”

“As I grow up, I can still feel there’s sort of this stigma against girls back home,” Chang said. “There’s still a ceiling above them. As a Taiwanese, we always want to think that we’re having progress and I believe that we are ... but sometimes the situation is still there, nothing changed it.”

Academic pressure and social norms restricted Chang from having much of a romantic life.

“The only new boys I met during those three years [of high school] were my math tutor and the bus driver,” Chang said.

When Chang arrived at Pitt, she had only performed in one theatrical production. At around the age of six, she scored a short scene in a Chinese TV drama with help from her father, who works in the entertainment industry.

After she turned back to theatrics last year, the scene and monologue work felt less foreign.

Onstage, Chang silences her otherwise steady stream of introspection and shifts into what comes naturally.

As she’s forging her acting career and language skills, she’s encountered some challenges. She has stumbled repeatedly over some multi-syllabic words, like “amendment,” while practicing for her recent skit in Pitt’s 24-hour Red Eye theater festival.

After rehearsing for approximately 10 hours, Chang took to the stage and pronounced every word flawlessly for the first time.

“I feel like I’m more of an introverted person, but I enjoy the crowd cheering so much,” Chang said.

“Throughout my life, I’ve been seeking approval from others, and that may be why I never really rebel the system or challenge it,” she said.

At this point, Chang has settled into the community at Pitt.

The stage is somewhere she’ll always feel at home, independent of her geographical location.

While the heat of a spotlight and the intensity of academia may not seem exactly the same, pressure has fueled Chang’s tenacity.

“I never have stage fright. It’s always the excitement of, I only have this opportunity to perform for these people in my entire life — it’s just going to be them in this moment at this time,” Chang said. “I know it’s the only moment I’ll ever have.”