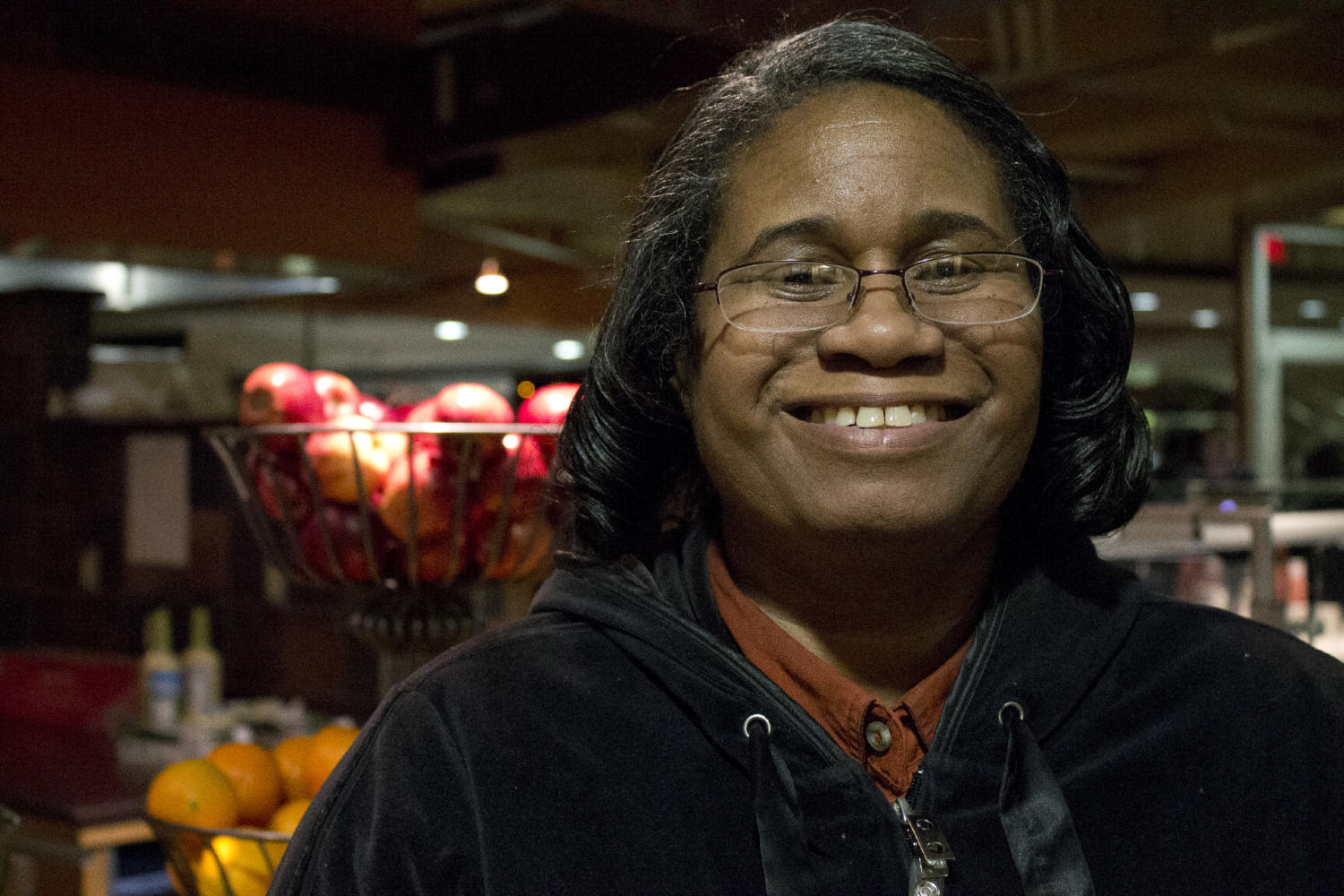 Ophelia Ferguson’s church — the one she refers to as “my church” and the one officially known as Christ Temple Apostolic Church — is an old, yellow brick chapel in Homewood on Mt. Vernon Street.

She goes every Sunday for the service and every Wednesday for prayer. She goes to other churches, too, including Bethesda Presbyterian Church in Garfield, which she visits on Tuesdays for prayer.

One Sunday after church, along the street in front of Christ Temple, a red minivan was squealing. Ferguson went over to inquire.

“Is that your belt? You should get some of that spray on there, otherwise you’re going to have to replace the whole thing,” she said. She smiled. She gave her advice out of real concern. Belt repairs aren’t cheap, she said.

The driver of the van agreed and drove off. His belt still squealed under the hood.

“I specialize in hoopties,” Ferguson said.

Ferguson works the closing shifts on weekdays at Market Central — usually until 1 a.m. or later. She likes her job at Market, where students know her name and she knows theirs. She tries to memorize as many students’ names as possible, she said.

“Hi Ryan,” she’ll say, making eye contact and not looking at the card in her hand.

“Hi Ophelia,” the student will reply. “You’re the best!” 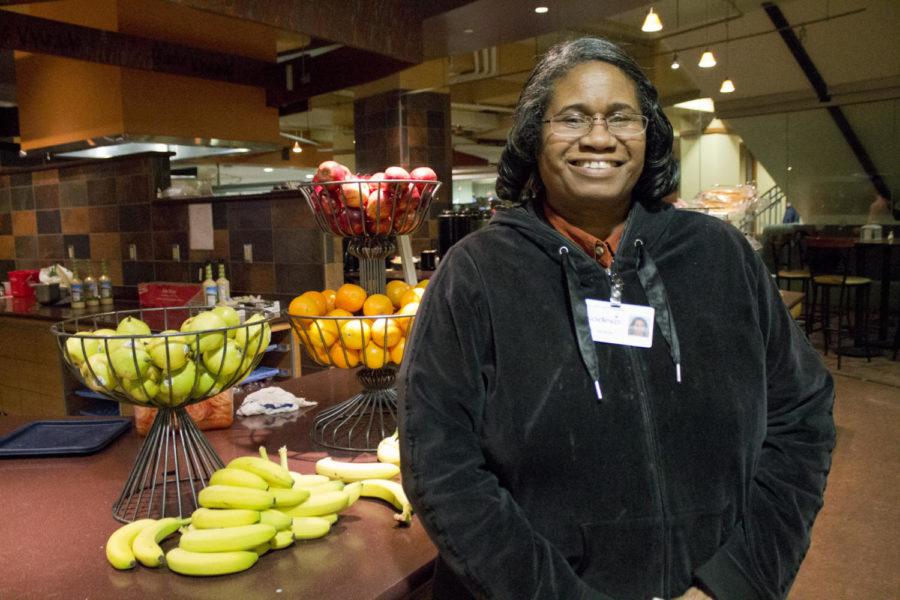 Sitting tall in her chair, at the entrance to Pitt’s biggest dining hall, she smiles.

“We all have problems, so I just like to shut that out and come here and have a good time, ‘cause I’m getting paid to do this, and I enjoy it,” she said.

When Ferguson joined Christ Temple in the 1990s, she was expecting her fifth child, Cody. The pastor, Leroy Robinson, said he used to pick her up in the church van Sunday mornings. Now, Ferguson has her own van and often drives other members of the congregation to church on Sunday.

“Ophelia’s been very supportive and very faithful. She goes beyond the call of duty. She’s a blessing to have here,” Robinson said.

Ferguson has always had a consciousness of God, she said, but the death of her best friend when she was 23 pushed religion to the front of her mind.

When she was 23, Ferguson lost her best friend, Vicki. They had known each other since they attended Madison Elementary School in the Hill District, which is now closed, and Schenley High School in Oakland, which is also closed.

Not long after, she said, she was saved and became a born-again Christian. Vicki’s death, she said, is part of the reason why she turned to God.

“That really hurt me, got me to thinking,” she said. “You just have to make things happen. For one, I don’t bring my problems here ‘cause, if I did, I wouldn’t be happy.”

After Ferguson became pregnant with Chaz, her oldest child, her sister — seven years her senior — supported her. Her sister stayed with her throughout the pregnancy and helped find a place to stay for her and Chaz’s father, Frank Ferguson Sr., Ophelia’s husband of more than 30 years.

Ophelia Ferguson and Frank Ferguson Sr. have raised their children in the church, but she doesn’t force them to go now that most of them are grown. Faith is a personal choice, Ophelia Ferguson said, which she has made.

“It’s something you gotta do on your own. You see how dangerous it is out here. You gotta have that covering. Prayer never hurts,” she said.

Two banners, one reading, “King of kings,” the other reading, “Lord of lords,” hang on the front wall of the sanctuary of Ferguson’s church and frame a large painting of Jesus praying on the Mount of Olives. Several annexes connect to the sanctuary and rows of identical wooden pews fill the big room. Three arched windows take up most of the back wall and let in natural light.

The few people at the church gathered in the front of the sanctuary, in front of the pastor’s pulpit, for prayer. Ferguson asked for prayer for her family and Pitt students returning from spring break.

Ferguson is religious now, she said, mostly because she’s uncertain about death.