Pitt in the NFL: Former Pitt stars return to form in Week 6 action of the NFL 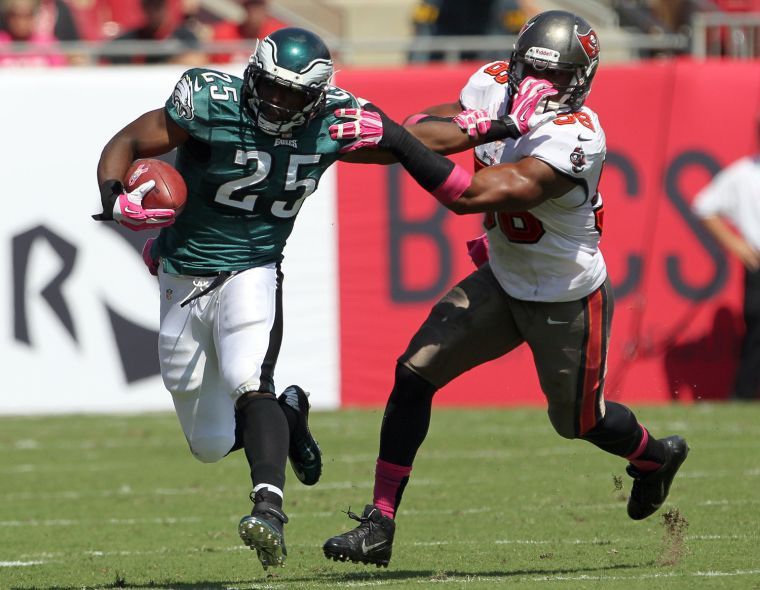 After a week of lackluster performances, former Panthers football players rebounded and ranked among the league’s best in week six of the NFL season.

Despite being questionable to play because of a nagging hamstring injury, Arizona Cardinals receiver Larry Fitzgerald (Pitt 2002-2003) finally broke out, notching his first 100-yard receiving game of the year. He nearly reached the century mark in one play with a 75-yard touchdown pass from quarterback Carson Palmer toward the end of the first quarter, at which point the Cardinals commanded a steady lead over the San Francisco 49ers.

Things went south for Fitzgerald and the Cardinals late in the third quarter, when 49ers linebacker Patrick Willis recovered Fitzgerald’s fumble as the receiver approached the red zone. San Francisco used the momentum to score 10 unanswered points and hold on to the lead for a 32-20 victory. Fitzgerald finished the game with 117 yards on six catches and recorded a carry on a misdirection play that went for four yards.

Former Pitt running back LeSean McCoy (Pitt 2007-2008) and the Philadelphia Eagles had better luck as they earned their second consecutive win with a 31-20 victory against the Tampa Bay Buccaneers. McCoy rushed 25 times for 116 yards and caught two passes for 55 yards.

With his strong performance Sunday, McCoy maintained his status as the league’s leader in rushing yards. He now has 630 yards on the ground — 99 yards more than second-place rusher Arian Foster. That total is good for a Philadelphia franchise record for a running back through the first six games of the season.

McCoy fumbled on the second series of the game in his team’s own territory, but the Eagles defense was able to hold the Buccaneers to a field goal. The ball was knocked out of McCoy’s hands and recovered by another Pitt alum, cornerback Darrelle Revis.

Revis (Pitt 2004-2006), although still adjusting to playing in Tampa Bay’s zone defense, was a defensive force for the Buccaneers in week six. In addition to his forced fumble and recovery, Revis had four open-field tackles. On the other hand, Revis was unable to contain Eagles wideout DeSean Jackson, who scored two touchdowns on the day.

Lee’s teammate, wide receiver Jon Baldwin (Pitt 2008-2010), is still trying to work his way into the starting lineup for the 49ers. He was targeted twice and had one reception for nine yards in the win against the Cardinals.