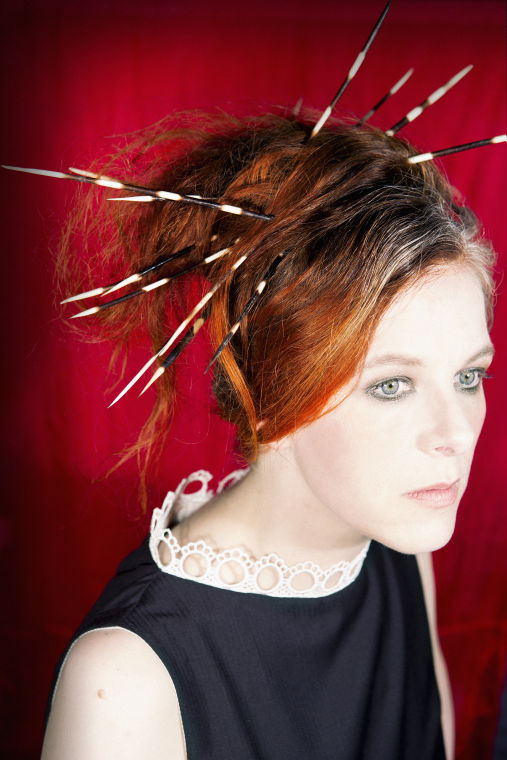 By Shawn Cooke / For The Pitt News

Between 2009’s Middle Cyclone and her latest full-length album, The Worse Things Get, The Harder I Fight, The Harder I Fight, The More I Love You, Neko Case sunk into a crippling depression. After losing her grandmother and both parents in a short period of time, Case reached a distant and challenging creative period. She claims to hardly even remember writing many of the songs written during this time.

These songs eventually became her excellent sixth studio album. Daring as ever, Case continues to brazenly carve up gender expectations with her trademark razor-sharp wit and frankness, but she also turns in the most introspective work of her career.

Whether she fully recalls its conception or not, The Worse Things Get soundtracks this decidedly dark time in Case’s life and makes for some of her most reflective lyrics. But the music itself does little to create a moody or brooding experience.

Far removed from her days as a country-western artist, Case all but abandons the twang for a convincing blend of power-pop, folk-rock and mid-tempo ballads. Most songs on The Worse Things Get sound as mainstream and familiar as anything Case has released to this point, but they are delivered with a booming conviction and a cutting wit that are unmistakably hers.

In a recent interview with The Guardian, Case was especially vocal about her problems with the current feminist movement’s focus: “Don’t stop here and fight about why you’re calling yourself a feminist or not. Because the women who marched and fought so we could vote, they didn’t do it so we could sit around bickering about what we called ourselves.”

Case mirrors that sentiment on the album with declarations like “I’m a man’s man, I’ve always been … You deal with me directly,” from the new album’s lead single, “Man.” Powered by a throttling lead guitar line from M. Ward, it stands out among Case’s most aggressive statements to date.

Instead of simply pining to be “one of the boys,” she wants to show the boys how to be men — even if it means kicking their asses in the process. On the track following “Man,” the acoustic “I’m From Nowhere,” she tactfully grapples with her previous bold assertion, singing “I was surprised when you called me a lady, ’cause I’m still not sure that’s what I wanna be.”

When she’s not crusading against gender norms, Case turns inward for compelling commentary on heartbreak, depression and getting a handle on life itself. On early album highlight “Night Still Comes” Case pleads again and again, “You never held it at the right angle.” The “it” is seemingly irrelevant — she just seems desperate for a tighter grasp on things. Some songs are downright romantic, but Case manages to transcend sappy sentiment. “Calling Cards” and “Local Girl” commiserate the toll that years of heartbreak and distance can take while shamelessly longing for the one that got away.

The Worse Things Get is at its most conceptually daring when Case recalls an exchange she witnessed between a mother and her daughter in a Hawaii airport. Performed entirely a cappella and lathered in reverb, Case transcribes the mother’s scathing dialogue directly: “Get the f*ck away from me, why don’t you ever shut up?” Given Case’s tenuous relationship with her mother, this scene resonated strongly with her. It’s the album’s most chilling moment, and it strives to replicate the impact the mother’s words would have on her child’s life.

Most impressively, none of the thematic risks or conceptually challenging material ever weighs down songcraft on The Worse Things Get. Despite going through a rough patch, Case didn’t soften her approach. Instead, she confidently tightened it. With her stirring conviction, one might believe that she could make it through anything.