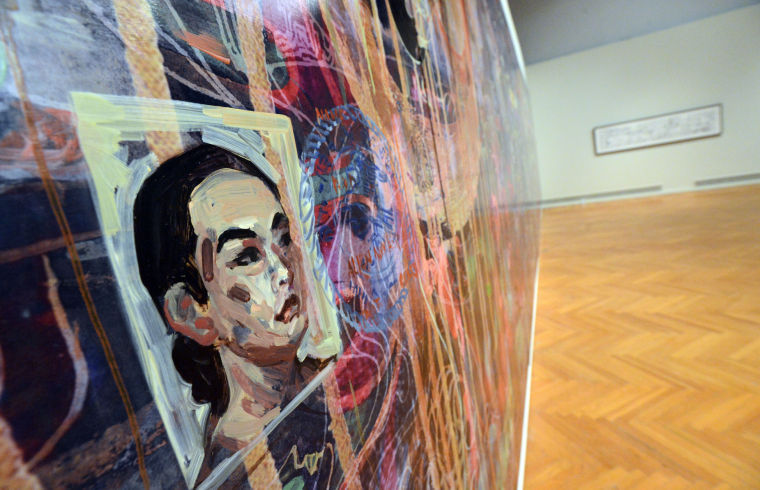 Among the many tropes that inhabit the world of pop culture, few have been quite as enduring or romanticized as the starving artist. With nothing but artistic vision, a dirty studio, alcohol and art supplies, the starving artist takes a solitary journey toward some high universal truth found only in art.

This romanticized vision of the bohemian lifestyle works just fine for films and novels, but the realities of life as an artist are a bit more complicated than pop culture leads us to believe. The life of an independent artist is fraught with difficulties that are far more practical than artistic.

Independent artist and Pitt alumna Julie Sokolow sees these challenges every day. Sokolow heads the group Healthy Artists, which fights for comprehensive health care reform in Pennsylvania on behalf of the state’s independent artists — many of whom cannot afford their own private health insurance. The group believes that, in spite of the jokes that surround the “starving artist” trope, the challenges facing artists in the modern era are nothing to scoff at.

“It’s a notoriously difficult life to carve out for yourself as an independent artist,” Sokolow said, adding that the majority of the artists she knows “are piecing a living together through various part-time gigs,” such as work in the service industry, freelance work, actual sales of their art and adjunct teaching at colleges and universities.

Sokolow takes issue with this stereotype, noting that creative types “have to be very careful not to glamorize unhealthy cliches,” because they dampen sympathy for the very real challenges that artists face. “We work as hard as anybody in any other profession, if not harder,” Sokolow added.

Though Sokolow acknowledges that most artists expect to make little money and are “really well adapted to live within their means,” frugality doesn’t solve all of their problems, such as acquiring health insurance or dealing with unexpected expenses and debts.

This is nothing new to the art world. Cynthia Stanchak, a member of the Pittsburgh Society of Artists who combines elements of metalworking, painting and photography into her mixed-media art, has worked as an independent artist for the past 30 years and faced many of the same issues early on. According to Stanchak, for any artist who seeks to work solely on their art, “the first challenge is the financial challenge.”

Though Stanchak originally had the goal of pursuing her art full time, she found that her dream was simply not feasible at first due to the tremendous expense and amount of effort it takes to achieve. Instead, she developed a plan that would help keep financial pressure off as she transitioned into her new career. In order to ease the transition, she spent two years working a full-time job while setting aside the necessary finances, allowing her to focus entirely on building her portfolio when the time came.

But dedicating time and energy to a brilliant portfolio isn’t going to do an artist much good unless they’ve learned how to market their work. The truth is, without effective marketing, most artists will struggle to develop a following for themselves.

As Stanchak puts it, “When you’re an early career artist and an emerging artist, you have to build your reputation.”

Sokolow recommends that artists prepare for life outside of college by familiarizing themselves with the business side of art while they’re still enrolled. By interning at nonprofits within the art industry, for example, she says students can observe the intersections of art and commerce firsthand, giving them an idea of the negotiations between art and business they will face later.

Another aspect of a career in art that Sokolow recommends preparing for is grant writing. There are a variety of different art grants available to students, and most of them require that artists justify the value of their art to the organization administering the grant. Local organizations that administer such grants include the Heinz Endowments and The Pittsburgh Foundation, and large national organizations such as the National Endowment for the Arts administer thousands of grants each year. Though Sokolow notes that there are few art grants that pertain strictly to individual artists, she pointed out that The Pittsburgh Foundation has launched creative development grants — of which she was a 2012 recipient — that offer $10,000 to a set number of individual artists in Pittsburgh.

However, in the modern economic climate, the availability of grants is diminishing. In July, the U.S. House of Representatives’ Appropriations Committee approved a bill intended to slash the budget of the National Endowment for the Arts by 49 percent. Such a cut would reduce the programs’ funding to levels not seen since the 1970s and make the opportunities to receive grant funding even more scarce than they already are.

It’s not all bad for the modern artist, however. New technologies, such as digital film and photography, have made certain mediums far less labor intensive. Stanchak described spending hours in contact with toxic chemicals in a dark room early on in her career and says that the advent of digital photography has improved her productivity and saved her effort. Without the relatively low start-up costs of digital filmmaking, Sokolow claims that she might have never been able to produce the films that have become the basis for her Healthy Artists campaign.

Furthermore, most students who are looking to go into the profession are well aware of the marketing challenges that accompany the job. Pitt junior Rachel Lehman-Merrick, a double major in studio arts and physics, acknowledges that the need for marketing is key. “You can be the most talented person ever, but if you don’t know how to get yourself out there and sell your product, it won’t work.” Though Lehman-Merrick enjoys her work in studio arts, she can’t see herself as a full-time artist and hopes to pursue a career in teaching art as a way to ensure stability while she continues to develop her portfolio.

Still, both Stanchak and Sokolow agree that such adversity will do little to slow down those who are dead set on pursuing a future in art.

“If you’re committed to your art, you’re willing to make sacrifices,” Sokolow said.