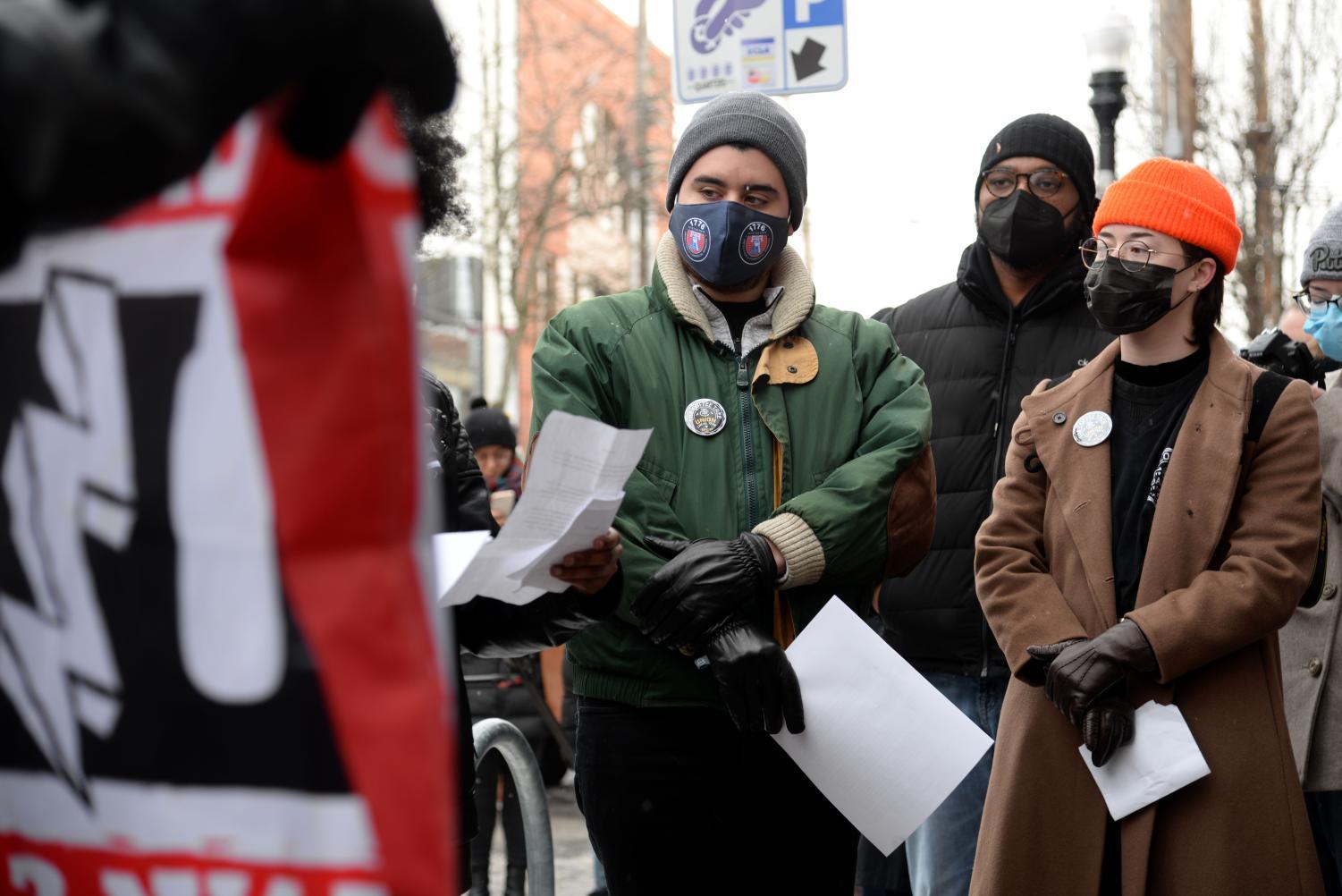 As he hurried out the door in late December to head to work at the Coffee Tree Roasters location in Squirrel Hill, Liam Tinker, a first-year English literature major, received a “shocking” text. He was fired.

He stood on Sunday morning with a crowd of more than 50 people outside of the coffee chain’s Shadyside location to show support for Coffee Tree employee unionization efforts. 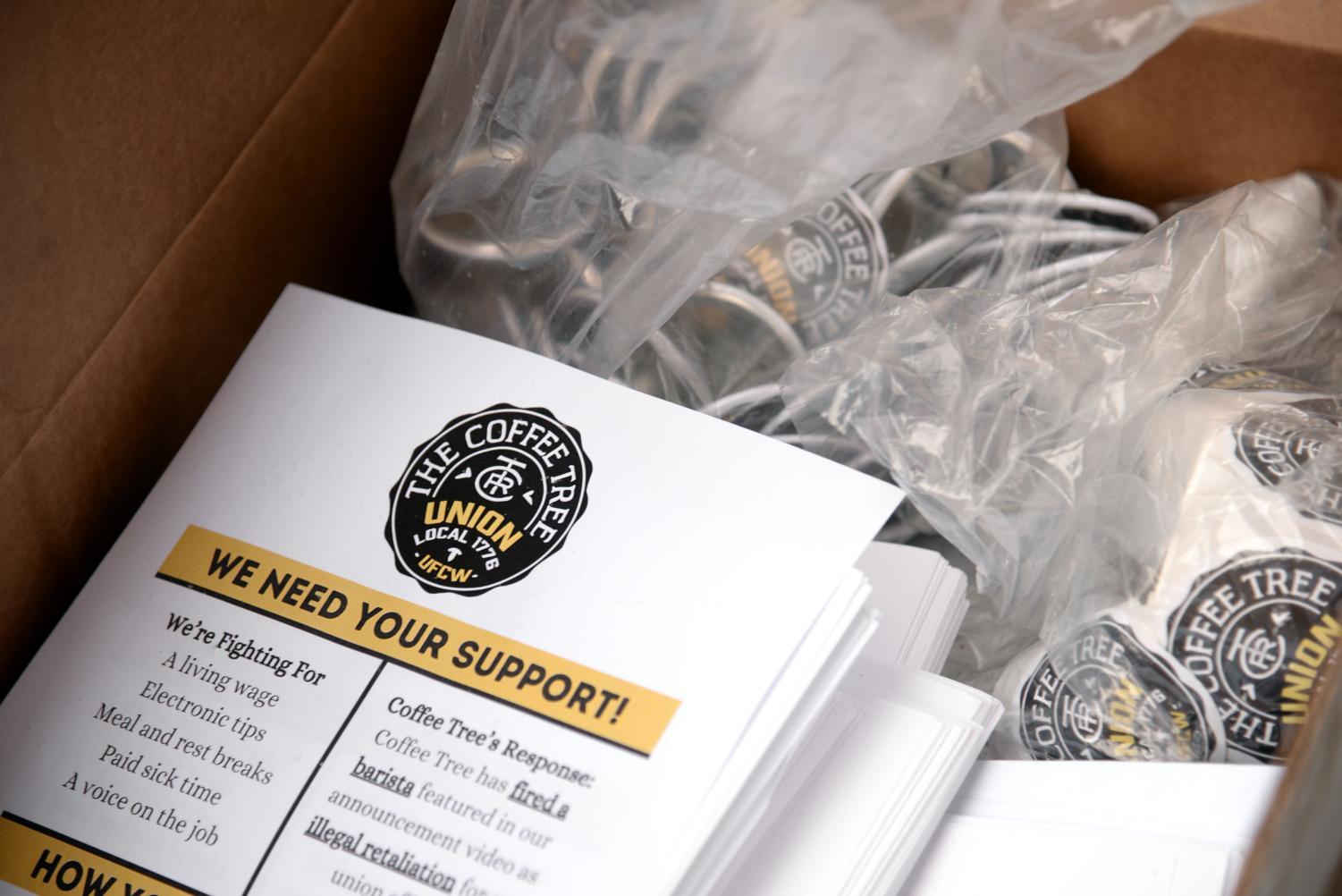 Kiora Treadwell, an employee at the Squirrel Hill location, said instead of paying employees “the living wage [they] deserve,” she believes Coffee Tree hired “union avoidance consultants” who made comments that “demean working-class jobs.”

“We’ve been forced to work alongside [them],” Treadwell said. “Even though they can’t make a cup of coffee or even work a register, they compared our jobs to gas station work.” 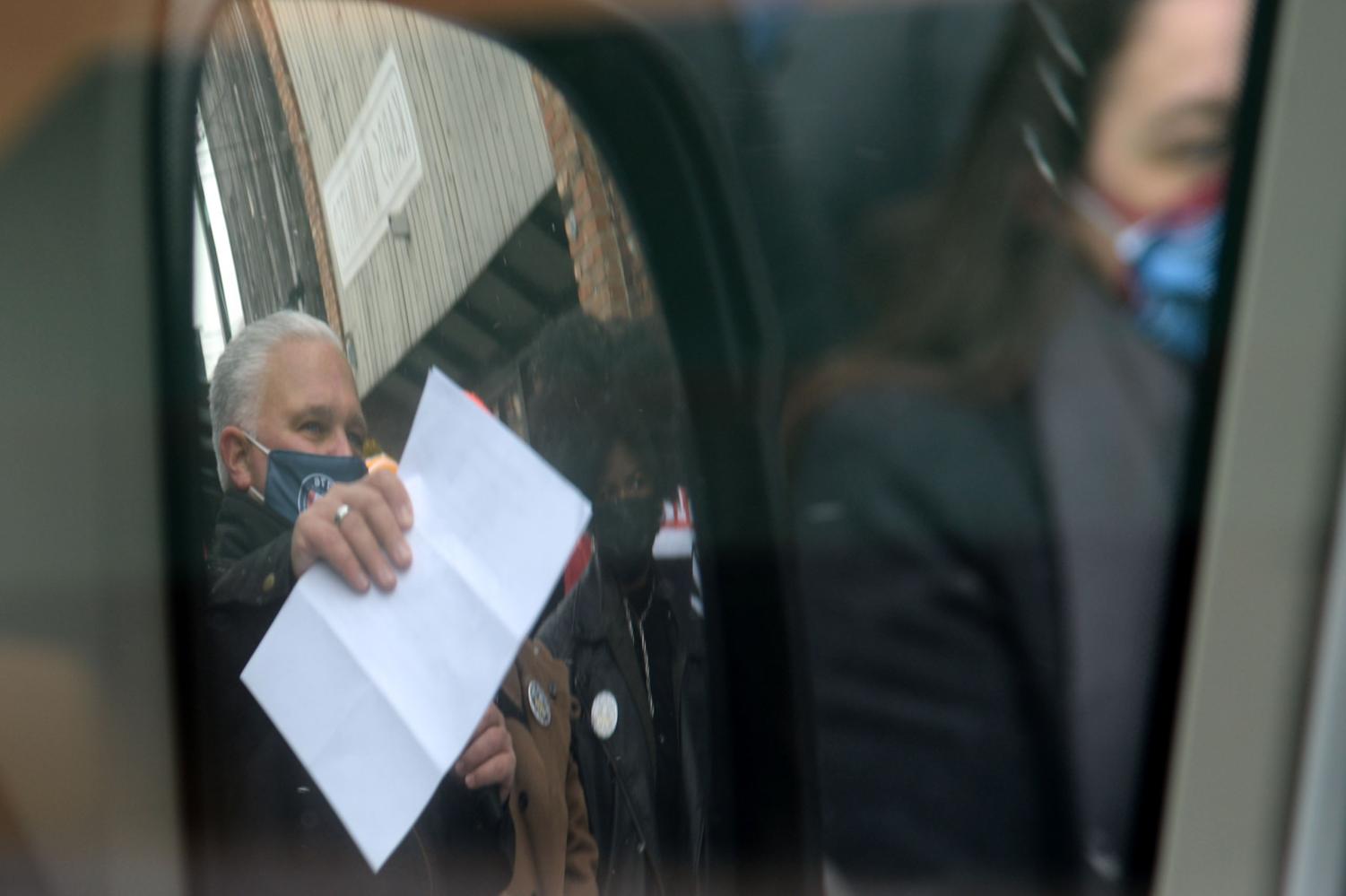 The video was then uploaded to Instagram and Twitter on Dec. 24, in which employees, including Tinker, from across all five locations said what kind of Coffee Tree Roasters they want to work at — listing desires like adequate staffing and the ability to make a livable wage.

After he was fired, Tinker took some time to think about what had happened. He said while “it was unfortunate” that he slept through his alarm and would arrive at work “nearly an hour late,” he had “a pretty clean record” and hadn’t received any write-ups before. According to Tinker, other employees arrived to work upwards of an hour late in the past and were just written up — not fired. 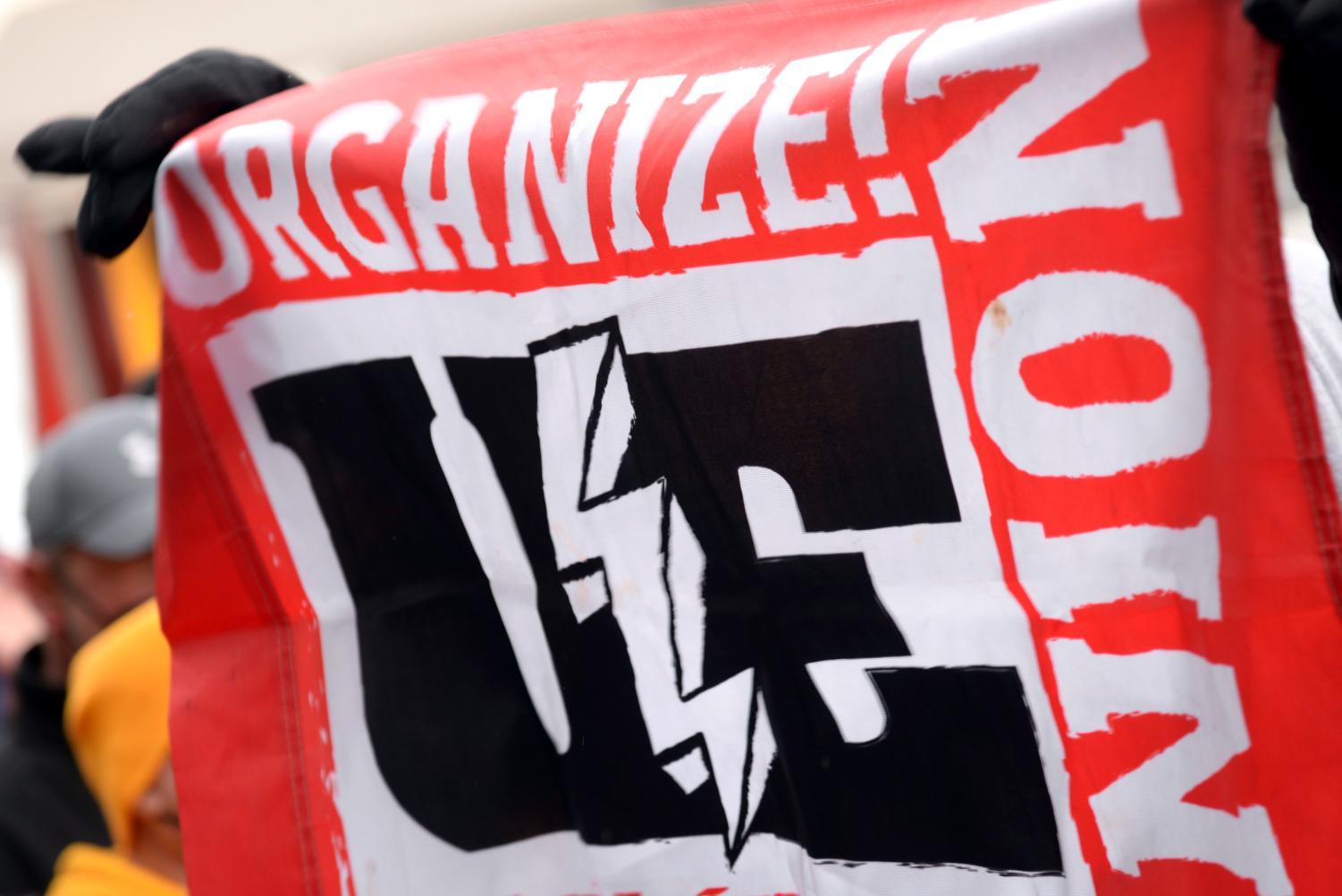 While Tinker was the only employee fired in the wake of unionization efforts, he said the company began writing employees up for seemingly “minor things” after the Dec. 22 video was sent to upper management.

“They started enforcing all kinds of, sorts of minor things they had barely paid attention to previously,” Tinker said. “A lot of people got written up for something a week after that was barely remembered. It was super strange.”

Starting this week, Coffee Tree employees will vote by mail to determine whether they will join the UFCW labor union. Employees have three weeks to send their ballots back to the National Labor Relations Board, and will officially unionize if the majority of employees vote yes.

Madisyn Emley, an employee at the Shadyside location, said she “wants to make clear that [employees] are not backing down.” She said they want a living wage, sick pay, access to electronic tipping and transparent communication with upper management.

Wearing a jacket that read “UFCW Local 1776: a voice for working America,” Young said Coffee Tree employees approached UFCW last year. The union has 35,000 members and 1,200 unionized workplaces, according to Young, who added that his staff of 75 “support all members including those seeking to become new members.” 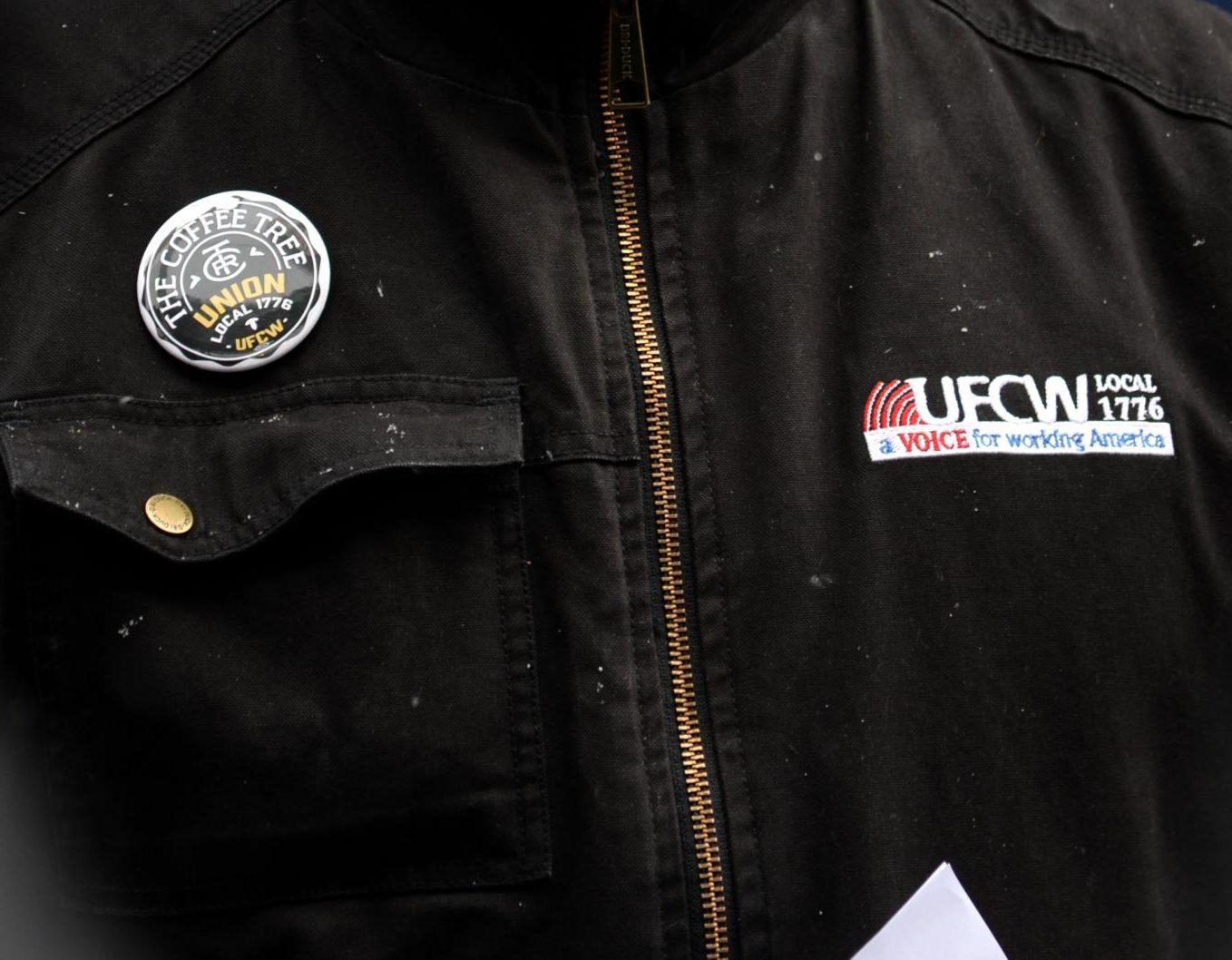 Among other things, UFCW staff help workplaces seeking to join their union negotiate contracts with their employers. Young said Coffee Tree’s upper management “refused to sit down and talk with [them] to work this out from the very beginning.”

Citing an example of the company’s behavior, Young said Coffee Tree upper management sent the NLRB only 13 employee names that ballots could be sent to, when “all parties had already agreed” there were 54 employees.

“It’s a clear effort to derail this process,” Young said. “The board was able to get that information elsewhere — but it’s just an example of the way this employer is behaving.”

Treadwell said upper management tells employees to think of them “like family” — but they act like anything but.

“Family cares when you get sick. They care that you can afford your basic needs and they treat you with respect,” Treadwell said.

Since December, Coffee Tree Roasters employees have filed several charges with the NLRB against the company for unfair labor practices — including cutting hours and promise of unspecified benefits if baristas vote against a union, according to a recent Instagram post.

Young said the company is trying to “manipulate and prevent” employees from unionizing and it “shouldn’t be happening.”

“There’s no reason for it,” Young said. “They’re gonna spend a lot of money to fight these workers instead of just sitting down and working out reasonable terms for them and going about selling more coffee.”

Gainey came to the rally to support the Coffee Tree unionization efforts, saying Pittsburgh “has always been a union town.”

“We come from a location, a geography, where we have always supported our unions,” Gainey said. “We have always been a union town because we know the best way to the middle class is through unions.”

Gainey encouraged Coffee Tree employees to continue their fight to unionize, saying, “it takes courage and confidence to stand up in the midst of situations where you know you deserve better.”

Sean Bailey, a member of the Industrial Workers of the World, said they came to show their support after they saw an Instagram post about the rally.

Standing at the back of a chattering crowd after the rally, Bailey said they were “not at all surprised,” and as a “proud member” of the IWW union for five years, they came to support “worker power.”

Jordy Vargas, an employee at the Shadyside location, said organizing the rally was a “team effort.” He said employees “built a line of communication that corporate would never have encouraged” by holding weekly union meetings and making pins, flyers and social media accounts.

Vargas said he looks forward to negotiating a contract with upper management soon “after months of hard work.”

“We have shown corporate that the only way forward in a union town like Pittsburgh is to form an equitable and progressive workplace,” Vargas said. “I can’t wait to see what we accomplish.”