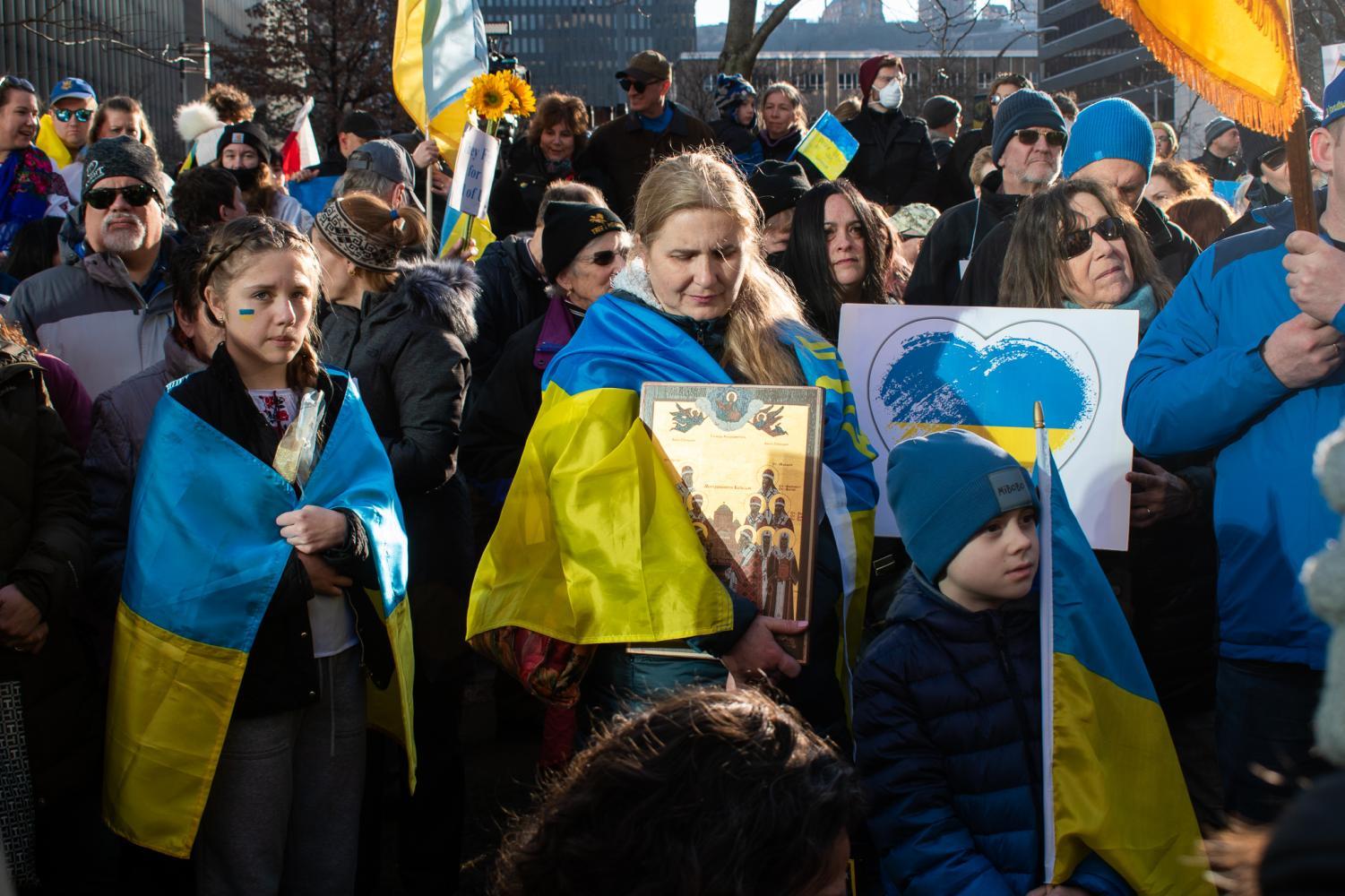 People silently listen to speakers at a rally Downtown in support of Ukraine on Sunday evening. (Pamela Smith | Visual Editor)

People silently listen to speakers at a rally Downtown in support of Ukraine on Sunday evening.

‘Proud to be Ukrainian’: Hundreds gather Downtown in support of Ukraine

The event, organized by the Ukrainian American Youth of Southwestern Pennsylvania, filled Liberty Avenue Park until after sunset. Supporters chanted “Slava Ukraini!” (“Glory to Ukraine!”) and carried signs calling for an end to Russian aggression in Ukraine.

For many, like first-year history major Liv Beckage, this sentiment towards Russia was not new.

“This isn’t just an issue of today,” Beckage said. “This has been an issue for centuries and centuries.”

A Ukrainian religious leader led the crowd in a prayer for peace in both English and Ukrainian, passing the microphone to a young girl who shouted “No more war!”

Andrew Romanchik of Franklin Park, one of the rally’s organizers, said he did not expect Ukraine and Russia to go to war.

“This protest isn’t gonna stop the war,” Romanchik said. “It will take a lot more to stop the war. But what this does show is that not only are we spreading awareness, but the Ukrainian community can unite.”

Christina Petrylo, of Scott Township, was another one of the rally’s organizers. She said she feels supported, even by those who are not Ukrainian.

Gainey said the rally “demonstrated how we can come together to support Ukraine and defend democracy.”

Romanchik said he does not expect a long-lasting impact on Ukraine’s spirit.

“Everyone there is very patriotic, very proud to be Ukrainian and this war. Although it may hurt Ukraine’s infrastructure, it will not hurt Ukraine’s people,” Romanchik said. 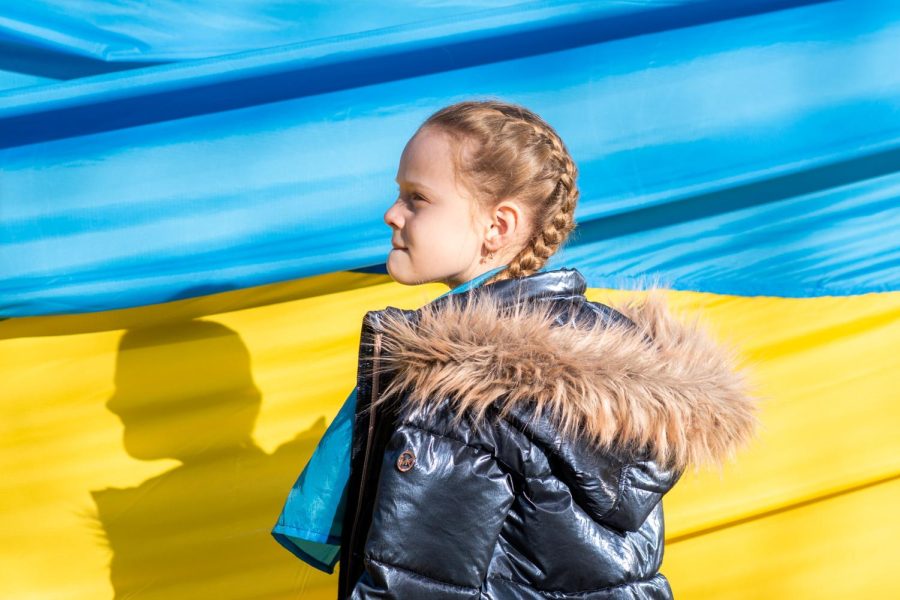 Gallery|8 Photos
Pamela Smith | Visual Editor
A young girl stands in front of a large Ukrainian flag during a rally Downtown in support of Ukraine on Sunday evening.