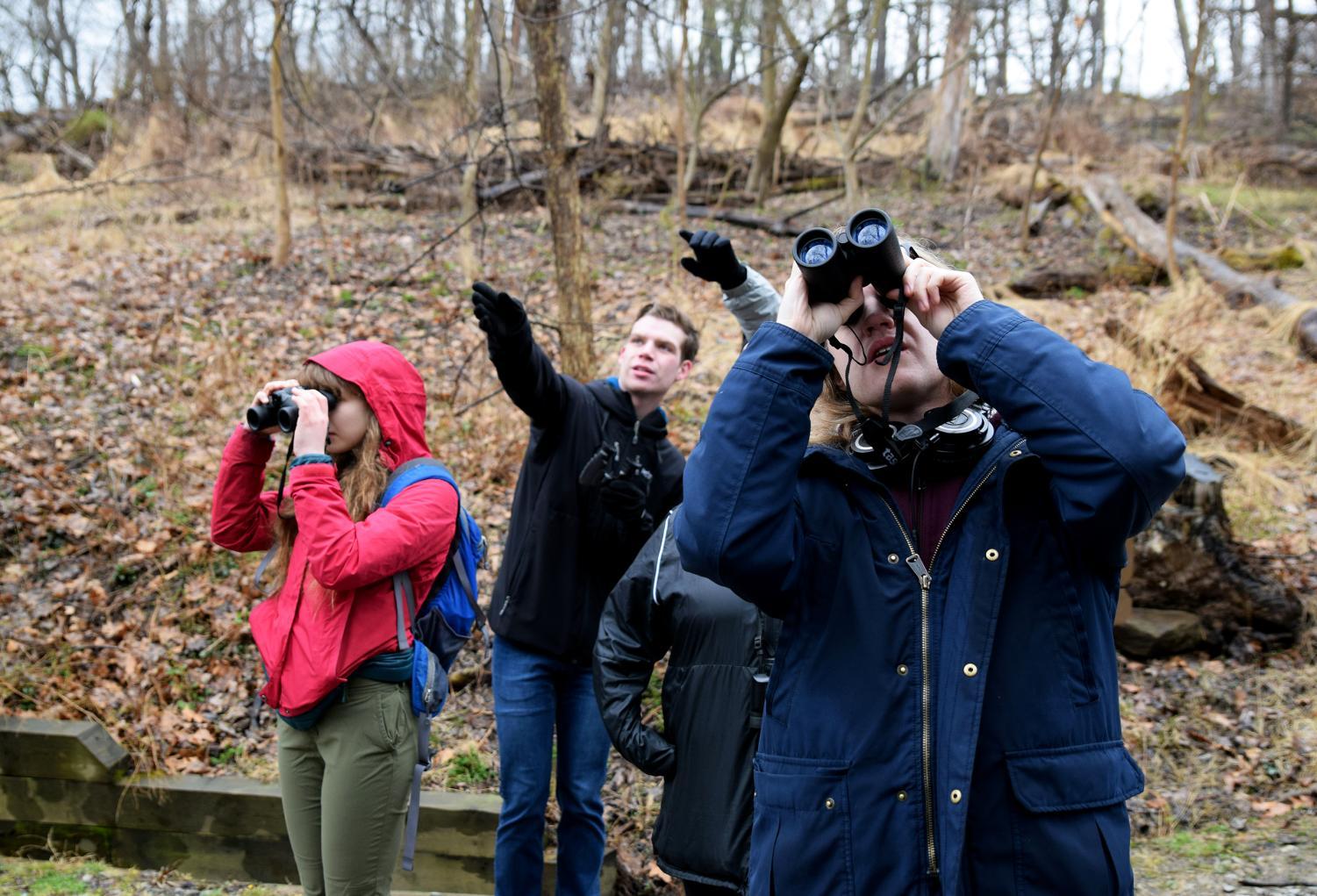 Through the binoculars: Pitt ‘birders’ find friends, passions and fun

On a campus full of stressed-out college students worrying about finals and post-graduation plans, Pitt’s birdwatching and ornithology club finds joy in the simple things of life.

The birdwatching and ornithology club hosts outings to popular birdwatching sites around Pittsburgh, including Frick Park, Schenley Park and the National Aviary in the North Side. The club aids in the conservation of birds, and goes on scenic birdwatching outings where members eagerly wait for glimpses of their favorite birds.

Garrett Sisk, the club’s president, said his first memories of birdwatching go back to elementary school. His grandmother gave him his very first bird feeder which sparked a passion that has followed him through college and beyond.

“My grandmother gave me my first bird feeder and I put it outside and the very first bird that landed on it was the American Goldfinch, which is a bright yellow bird, and I just thought it was so cool so I kept buying more bird feeders and eventually I bought binoculars and gear and was traveling all over to look for birds,” Sisk, a junior environmental engineering major said.

Sisk said when he first got to Pitt, he was happy to find that a birdwatching club already existed, and soon he took over as president during his sophomore year. He’s now commonly referred to as the “birdwatcher” on campus. He added that while people can join the club by emailing [email protected], most members join through word of mouth.

“I always get excited when people join the club because it’s fun seeing them learn about birds and slowly become more and more into birdwatching, and it really is such a unique hobby,” Sisk said. “A lot of times people now know me as the bird guy or the birdwatcher on campus because they know I birdwatch and it is such a different thing that people just associate me with that now.”

Sisk said while birdwatching can be quite peaceful, he’s excited everytime he hears the flap of a wing, rustle in the leaves or familiar bird call.

“It definitely is calming getting to be outside and take in the fresh air, but I also think it can be really thrilling especially when you get really into birdwatching because when you hear a certain bird call, everyone gets really quiet and excited and there is an adrenaline rush to birdwatching,” Sisk said.

The tranquil environment on birdwatching outings creates many “meditative” moments for members. Hannah Jones, a junior studio arts major, said birdwatching has made her life richer.

“Once you start learning your birds and being able to identify them, then when you walk in the world you see a bird and you instantly can identify it, the world becomes a lot more rich and detailed for you,” Jones said.

For Jones, birdwatching has found a place in her other hobbies, as well. As a studio arts major, she enjoys painting and drawing and birds have become the subject of many of her pieces.

“I have always been interested in painting animals and birds just have everything I was looking for when it came to a subject,” Jones said. “I think they are beautiful evolutionary examples and they have just taken over for me as the subject of many of my pieces.”

Jones also said she enjoys being able to teach different identification processes to new birders, and is proud when they are able to identify their first birds.

“It’s really exciting to be able to teach people to have that appreciation and it’s really fun when somebody gets excited about their first brown-headed cowbird,” Jones said. “For an experienced birder that might not be exciting, but seeing somebody else get excited about something you have become accustomed to makes you reconsider it and realize the beauty that was always there, I think.”

Matt Symnoski, a junior mechanical engineering major, said like many fellow members, he first joined the club during the COVID-19 pandemic as a way to get outside and meet new people. He said the outings can get a little “dramatic” at times, but are always very fun and a way to enjoy nature on campus.

“I think what I like most about the club is that I get to go on hikes and be in nature and learn about birds that I would never have really noticed if I hadn’t joined the club,” Symnoski said. “I think it’s just a great way to be able to relax and just take a break from everything.”

Symnoski said one specific outing that stood out to him was when he saw red-tailed hawks hunting for food last semester.

“Sometimes we see birds literally hunting, and the one time we saw red-tailed hawks attacking their prey and that was really interesting,” Symnoski said. “I think it’s pretty interesting to see the birds do their thing and see the different ways they interact when they’re in their element.”

Jones said she wants people to know there’s something for everyone when it comes to birdwatching, and recommends that everyone try it at least once in their life.

“I mean, I think everyone should just try it at least once,” Jones said. “Even if you don’t love birds there is so much more to birdwatching than watching the birds, you get to experience nature, you get exercise and fresh air and really what I have found to be the best part about the club is you get to make amazing friendships.” 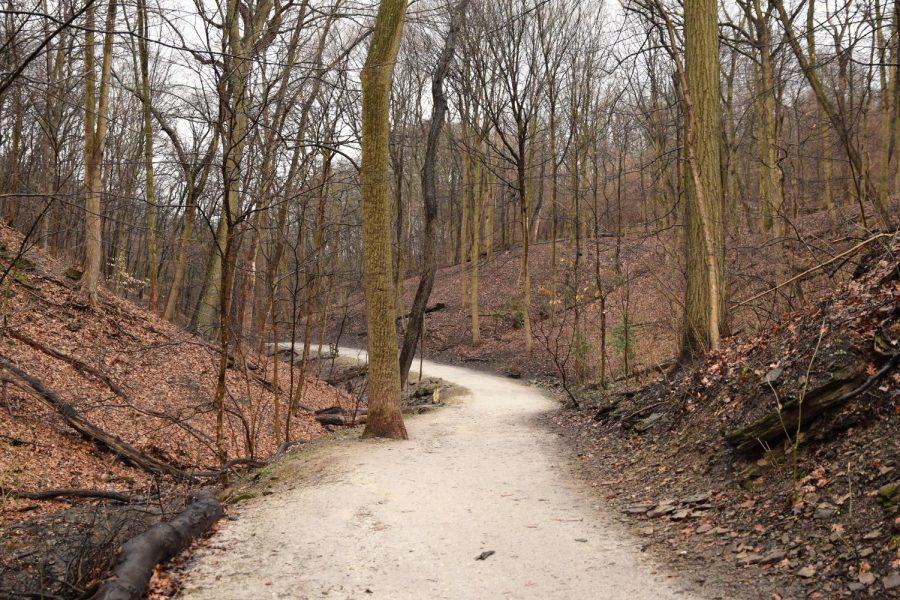