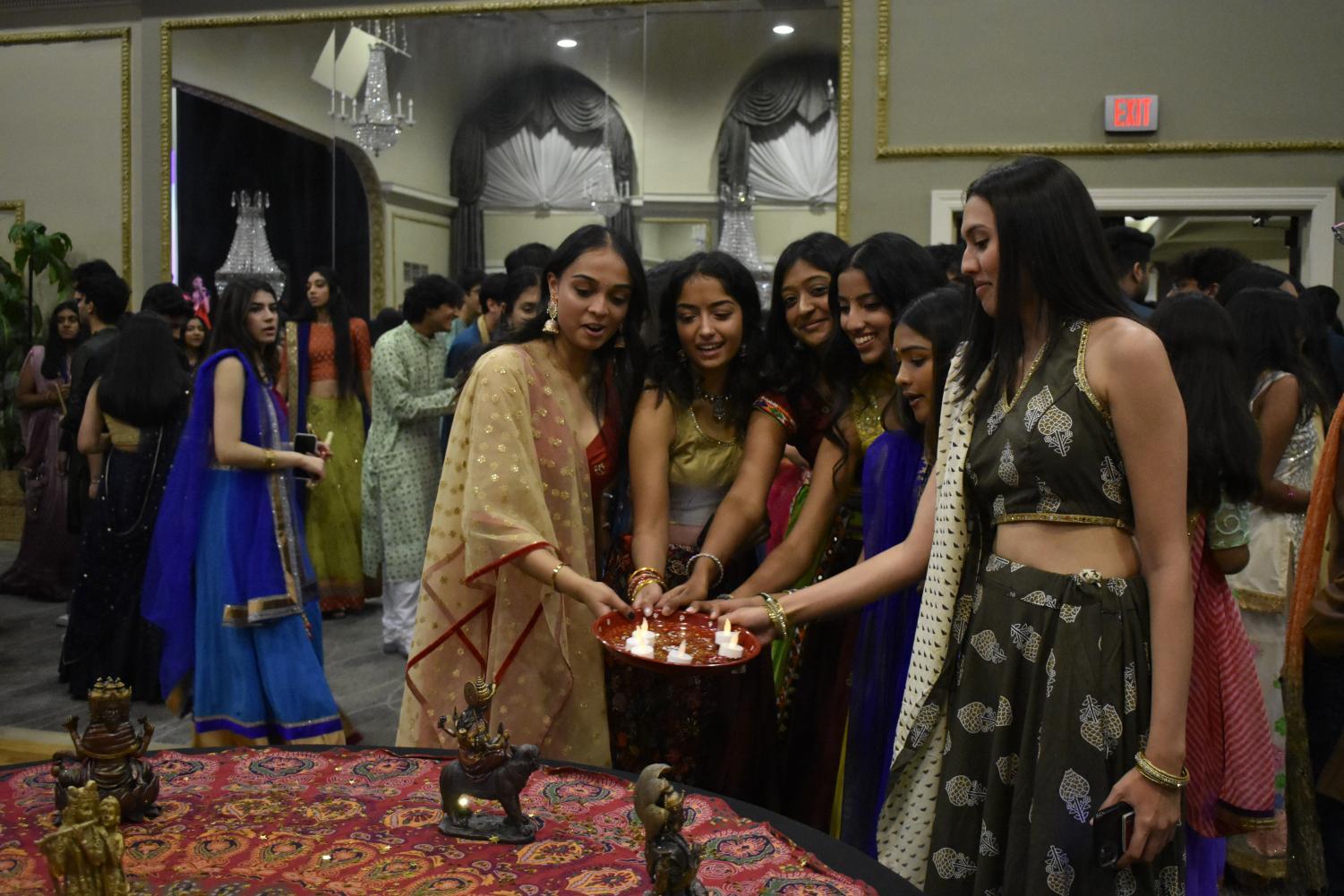 Dancing, music and Hindu traditions were the focal point of Saturday’s Garba celebration as hundreds of Pitt students gathered to honor a celebrated part of Indian culture.

Students filed into the ballroom, and immediately joined their peers in a dance circle, jumping and spinning around a table featuring several statues of gods and goddesses. “Garba” refers to the dance, originating in Gujarat, India, which is performed in concentric circles, representing the cyclical notion of time in Hinduism, with the constant being the goddess.

Priya Acharya, the secretary of Hindu Students Council, said Garba is an inclusive celebration for all students at Pitt.

“At Pitt, we have a large Hindu population, but everyone is welcome to celebrate, including people who aren’t members of Hindu Student Council,” Acharya said. “We really want everyone to be able to experience this cultural event.”

The event started with the Hindu ceremony of lights — known as Aarti — began. Pitt Avaaz, a South Asian Fusion A Cappella team, sang an Aarti prayer song as students in groups took turns holding a plate of candles and moving them around statues of Durga.

Acharya said Aarti is practiced in order to honor the Durga goddess during Garba.

“Aarti is when we pray to the goddess and worship her because that’s what this whole holiday is dedicated to, so we take some time to pay our respects,” Acharya said.

Following Aarti, students collected colorful sticks to begin Dandiya Raas, a folk dance that is popular across India. Several lines formed around the room, with two students facing one another with sticks in hand, striking them together to the beat of the music and spinning and switching partners throughout.

Mihir Nemani, a senior biology major, said the event is a chance to have fun with friends and embrace your culture.

“For me, Garba means celebration, I’m here to dance and have fun — I always love wearing my Indian traditional clothes,” Nemani said.

The fun continued as the lights turned off and the Bollywood music hits began. From “Desi Girl” to “Deewangi Deewangi”, students sang and danced together, waving glow sticks in the air. Balloons were tossed into the crowd as everyone jumped to the beat.

Archisha Ghosh, a senior molecular biology major, said the event was similar to a concert.

“I loved that they played Balaam Pichkari because it’s one of my favorite songs, and from my favorite movie,” she said. “It was very fun to dance with my friends and it felt like a concert!”